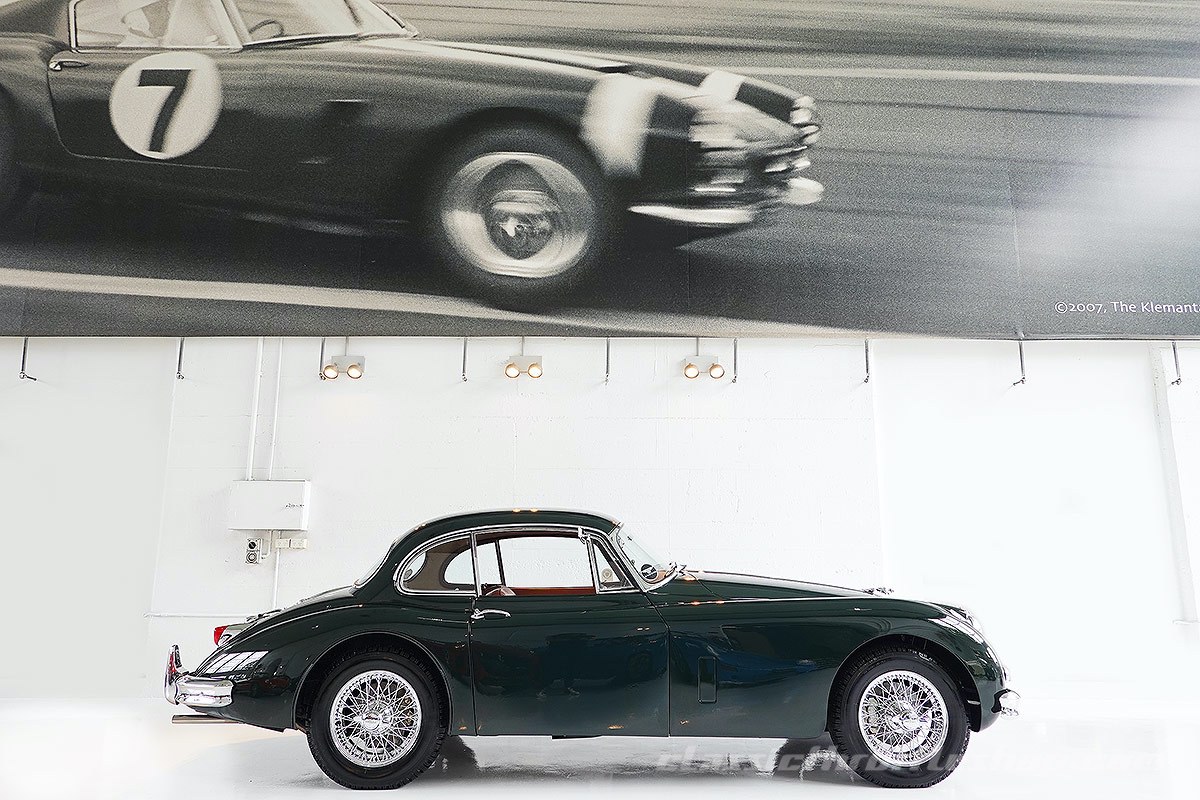 Being the third and final incarnation of the XK concept, the XK150 was a very fast car, carrying on a great tradition with dignity and enhanced high performance for its time. One of those special sportscars is this UK Delivered Matching numbers fixed Head Coupe. Accompanied by a very well documented history file showing all the fine details down to the delivery date of March, 1958 for this superb genuine right hand drive XK150.

After a long and arduous search for a good example it was purchased in 1967 and shipped by its new owner in Francis Bay, South Africa. Maintaining the car and enjoying it until 1976 when he made the decision to place the car in storage. It remained there until the late eighties when he finally found the time to overhaul his beloved Jaguar. A complete engine overhaul was undertaken and was carried out by Wella Auto engineering. He then sent the car to another marque specialist and had the body dismantled, though not removed from the chassis, it was stripped and primed and repainted. After many years, refurbishing the car was finally completed and in 1995 it was sold to its fourth owner, an Australian living in Natal, having travelled just 200 miles since the rebuild.

After covering just 1,000 miles, the new keeper, even more fastidious than the last one, began a complete body-off restoration in 1996, this time nothing would be missed. The restoration was documented in great detail with a huge file of receipts and photos, as well as correspondence between the previous and current owner. The engine was rebuilt, restarted in March 2000, and the car was registered in Natal. It had been completed to original specification and has the correct 16 inch wheels. It even has the correct headlight with the ‘J’ emblem in the centre.

In mid 2001, just one year after completion, the current owner returned to Australia and the fully-restored car was registered by its now-NSW resident owner. Twelve years later, after we acquired it, we sold it in 2013 to a collector where it has spent all its time since.

The car is still of a very high quality and it is easy to see the time and effort that was put in to bring this car to its then and now current condition. The chrome work, mechanicals and the interior is still superb. However unfortunately the gorgeous dark green paint has begun to show minor bubbling around the body. This is due to the type of primer used in the early 2000s which held moisture for an unexpected extra bit of time once left to set and is not whatsoever due to rust. Other than this, the car is near perfect and would suit anyone who wishes to continue the journey and place their name on such a lovely classic car.

Driving this car is simply sensational, its smooth gear change thanks to the Tremec gearbox fitted and strong straight six just purrs perfectly with a nice exhaust note synonymous with Jaguar sports cars. The car has Pirelli radial tyres, and modern UK-sourced disc brake calipers using standard Jaguar pads improve the braking performance. Inside, the cabin is luxurious and sporty, the centralized dials and oversized steering wheel, coupled with chrome handles and switches and all surrounded by the leather clad dash pads and seats.

This is a car that can suit any occasion and would be a welcome addition to any collection.
Click to access the login or register cheese
Back
Send this to a friend