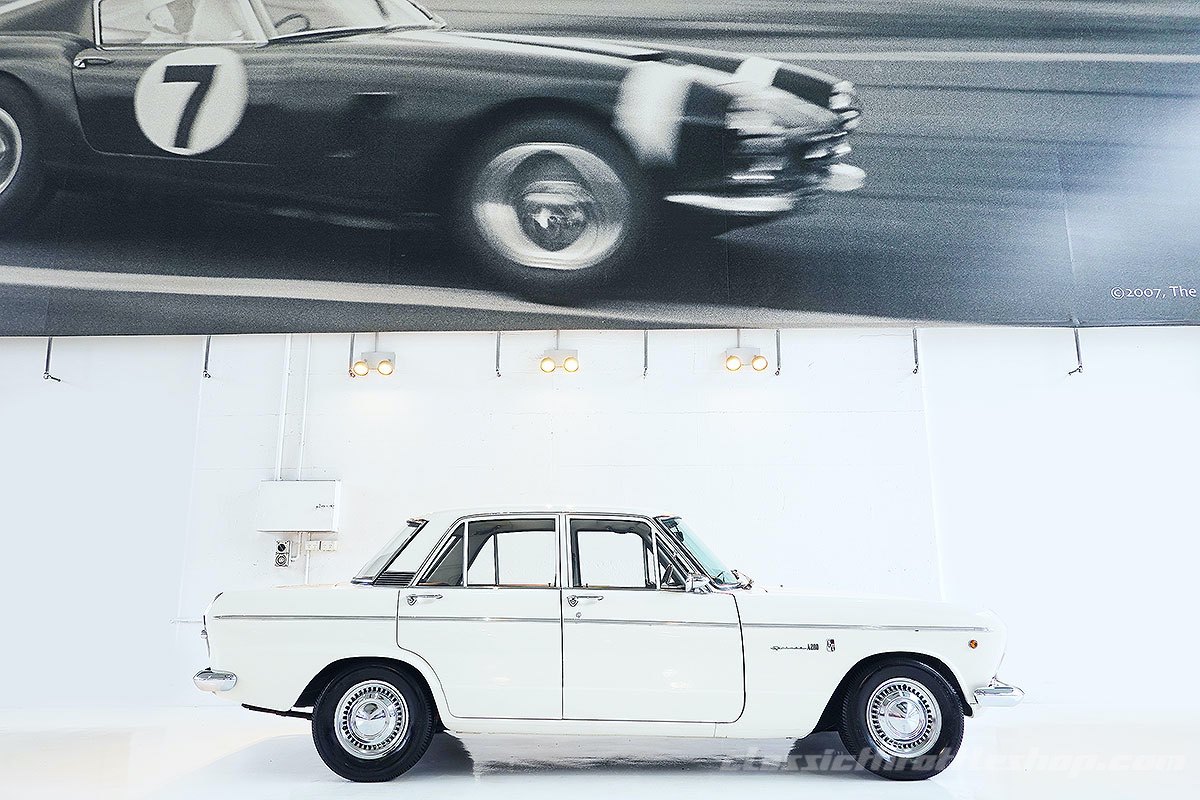 Fifty years ago, the idea of a Japanese high-performance sedan was almost an oxymoron. While Japanese cars brought new standards to the automotive industry in the ’60s: well made, well equipped, reliable and good value for money, there wasn’t much call for high-performance cars in a country with a blanket speed limit of 60km/h.

Tapping into this emerging need for speed, the Prince Company decided to raise its image and go racing. It’s hard to imagine a less likely combatant.

Prince had its origins in the Tachikawa Aircraft Company, which went into vehicle production in the early 1950s with small electric commercial vehicles.

It soon morphed into the Prince Motor Company, named after Crown Prince Hirohito, and in the mid-fifties Prince introduced the Skyline family car, powered by a four-cylinder 1500cc engine.

What could you do with such a range to go racing? Simple – drop the six-cylinder engine of the Gloria in the smaller Skyline. Prince engineers also cut off the Skyline’s nose in front of the firewall and inserted an extra 200mm, increasing the wheelbase by the same amount.

Inside the engine bay this modification is clearly visible and it gave the signature long-nose, short-boot appearance. Then came some serious work on the heavy, asthmatic six-cylinder engine: triple Webers, improved gas flow, higher compression and a freer-breathing exhaust liberated another 15kW. The coil and wishbone front suspension and rear leaf springs of the four-cylinder car were kept and a rear torque rod was added, along with anti-roll bars front and back.

A small number were built to homologate the cars for racing and when these proved popular, they put the GT into production, codenamed S54BE-2. The ‘B’ is important, as in 1965 Prince introduced the Skyline GTA (codenamed S54AE-2) that had the Gloria’s unmodified 78kW single carby engine. ‘B’ models had a red GT badge, while ‘A’ models had a blue badge.

When the Gloria Super 6 was fitted with a 2494cc six-cylinder engine for 1964, production Skyline GTBs used this engine sleeved back to 2.0-litres for homologation.

The Prince Skyline GTB made its debut at Suzuka in May 1964, with five cars contesting the 1000-2000cc Grand Touring class. Although a Porsche won, Skylines filled the next five places and the model became an overnight legend.

In 1966, under Japanese government pressure to rationalise the car industry, the small Prince company became part of Nissan, who produced the Skyline GT under the Prince name.

A third series of Skyline GTs appeared with several enhancements, although power output remained unchanged until production ended in 1968. A significant improvement was a Prince-designed gearbox with an overdrive fifth gear. Other changes included a standard limited-slip differential, seat belts and flow-through ventilation.

The rest is history, culminating in today’s 11th generation Nissan R35, a Skyline in all but name. So in a quirky Japanese way, the Skyline GT/GT-R has remained true to its original six cylinder, front-engined template – albeit with a change from straight six to V6 and rear- to all-wheel drive along the way.

After the demise of the Prince name, Nissan retained the Skyline GT nameplate for its performance models and the ‘GT’ badge that graces the current GT-R is much the same as the one on the original GTB of 1964.

We are proud to bring to market this “Sport Optioned” Prince Skyline A200 GT-B, complete with Triple-Webers, LSD, 99ltr Fuel Tank and 5-Speed Transmission.

Just released from a private collection after almost 40 years, this totally original example is one to book-end that Nissan GT-R collection.

To say these examples are rare is an understatement - As a true performance car pre-dating the Falcon and Monaro, they were snapped up by Australian enthusiasts and squirrelled away. One contemporary road test recorded the Prince Skyline GTB’s top speed at 179 km/h, an impressive figure at the time for a Japanese family sedan and one not to be missed.
Click to access the login or register cheese
Send this to a friend