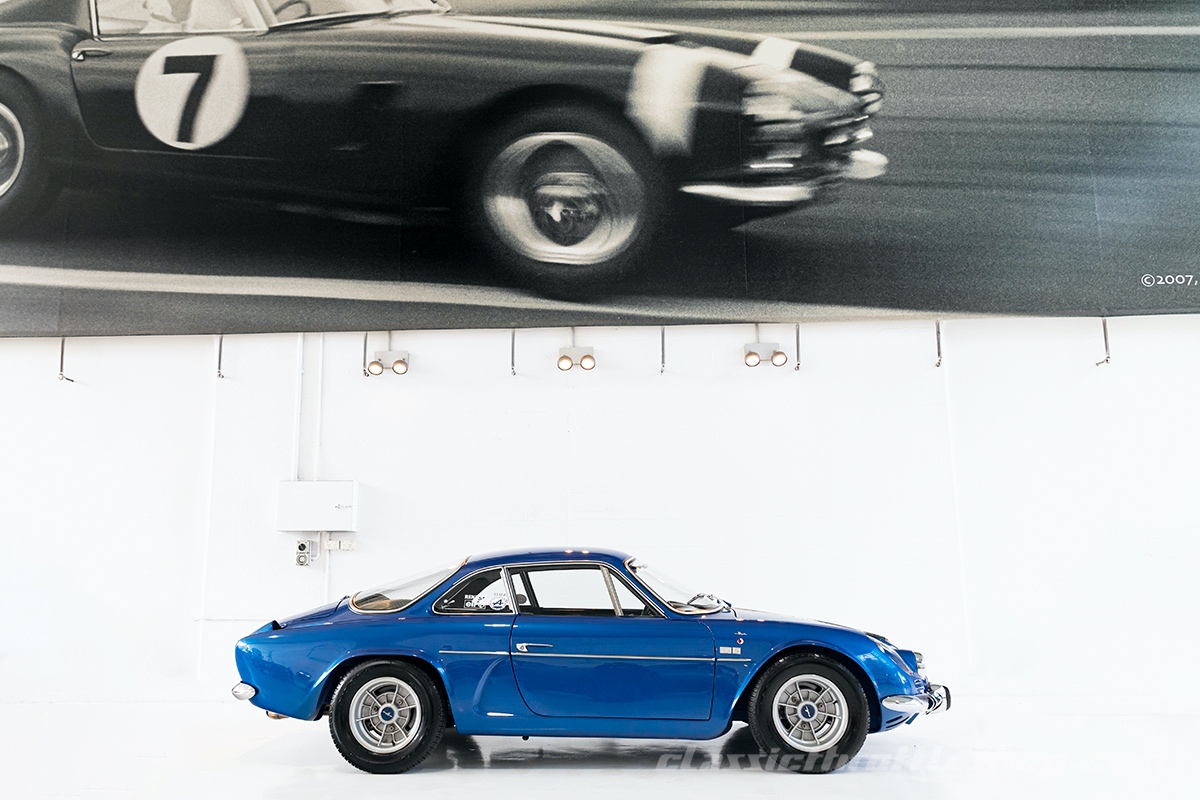 In 1962 at the Paris Auto Show, Alpine lifted the curtain on their all new A110. A beautiful little couple that appeared harmless but would evolve into a fine road, race and rally tool, gaining road-test praise and class victories in big-name endurance events like the Sebring 12 Hours in 1966 and overall victory at the Monte Carlo Rally in 1971.

As expected most Alpine A110 Berlinettes were built in Dieppe, France by Société des Automobiles Alpine. What comes as a surprise to most is the little french coupe was also built under license in Bulgaria, Mexico and spain.

We are excited to present this 1972 Mexican built Alpine A110, from the extensive document trail that comes with the car, we are able to place the car in Mexico up until 2004 where it was imported into New Zealand and enjoyed for a number of years before being brought over to Australia in 2007.

Once in Australia the owner decided it was time the Alpine received a full restoration, it took a few years to source the correct parts, the majority of them being bought from the renowned Alpine specialist Meca Parts in France. In 2016 everything had been accounted for and the restoration began spanning over a 2 year period.

The Alpine is equipped with a rear mounted uprated 1600s 4 cylinder, but will also come with its original 1300 block. In a car that clocks in at just under 800kg it has acceleration that gives modern sports cars a fright.

Besides its rally and race pedigree the little Alpines performance was also appreciated by the Gendarmerie (French Police).

Presented in the iconic Metallic Alpine Blue seen on the ‘71 Monte Carlo winning car means it’s impossible for you not to imagine your flying around the hairpin mountain roads above Monaco when you tackle your Sunday drive.

Small but mighty, the little Alpine is eager to go so drop into our showroom or book an appointment for one of our team to show you around this rally icon.
Click to access the login or register cheese
Send this to a friend