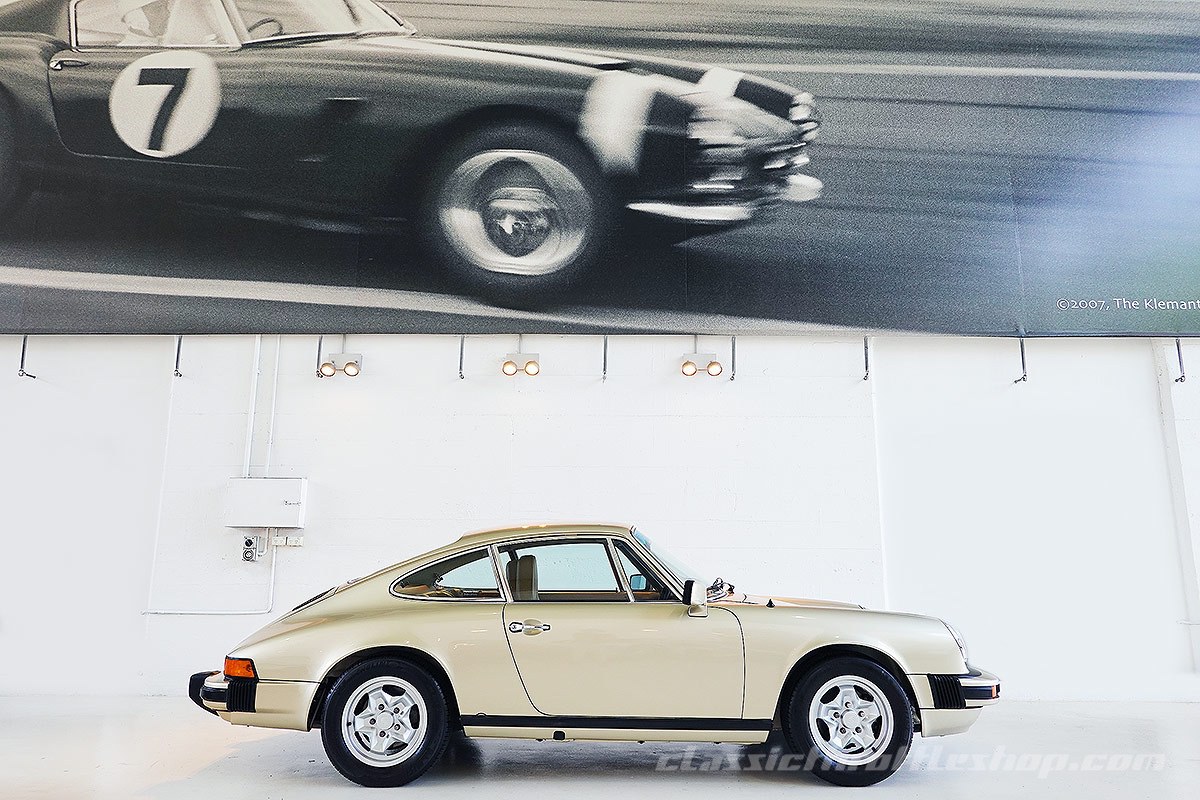 It’s easy to think that the 1970’s was a performance-starved era of sports car design. But even in times of an oil crisis and engineering restraint, Porsche showed an uncompromising attitude.

From its motorsport dominance in virtually every form of international racing, the team at Weissach worked to develop a totally new road car and the results of their success can still be experienced today driving some of the finest sports cars ever made.

In 1974, Porsche gave the 911 a big revamp and the G-series saw the first significant modification to the 911's shape, with impact-absorbing bumpers with protectors appearing for the first time while the interior was similarly revised with a far better quality of build too.

The 2.7 litre flat six was adopted across the entire range and other improvements included bigger anti-roll bars front and rear, alloy brake calipers and electric windows as standard equipment.

Performance was sensational and today, demand and values for these classic 911’s is still just as strong for their practical approach to sports motoring.

Delivered new by Scuderia Veloce Motors, Sydney in January of 1976 this superb Porsche 911 2.7 Coupé was ordered in Platinum Metallic over Tan and optioned with the superb Sportomatic transmission and iconic cookie-cutter alloys.

The subject of a major service in 2019 completed by reputable specialists and in excellent mechanical and cosmetic condition this original car has just been released from a private collection.

This car also has its correct gold metal decals that line the engine bay, its original carpets, and Eurovox radio, Sekurit glass, Bosch headlamps and two-tone dash and door cards- just as the car left the factory in excellent condition and all tell-tale signs of a collectable and original car.

As you would expect the drive is also absolutely on the button, from the instant throttle response and the whirring air-cooled sound, to the well weighted steering and pedal feel.

These early G-series cars were known for their longer gear ratios and incredibly elastic engine plus a quiet cabin making short or long trips all the more entertaining.

Accompanied by its original history file including log books and service manuals showing works from the factory and Porsche specialists, this is an amazing opportunity to own and drive a classic automotive legend.

Offering significantly better performance over earlier models combined with classic optics makes this early and Australian delivered G-series a very exciting 911 to own.
Click to access the login or register cheese
Back
Send this to a friend