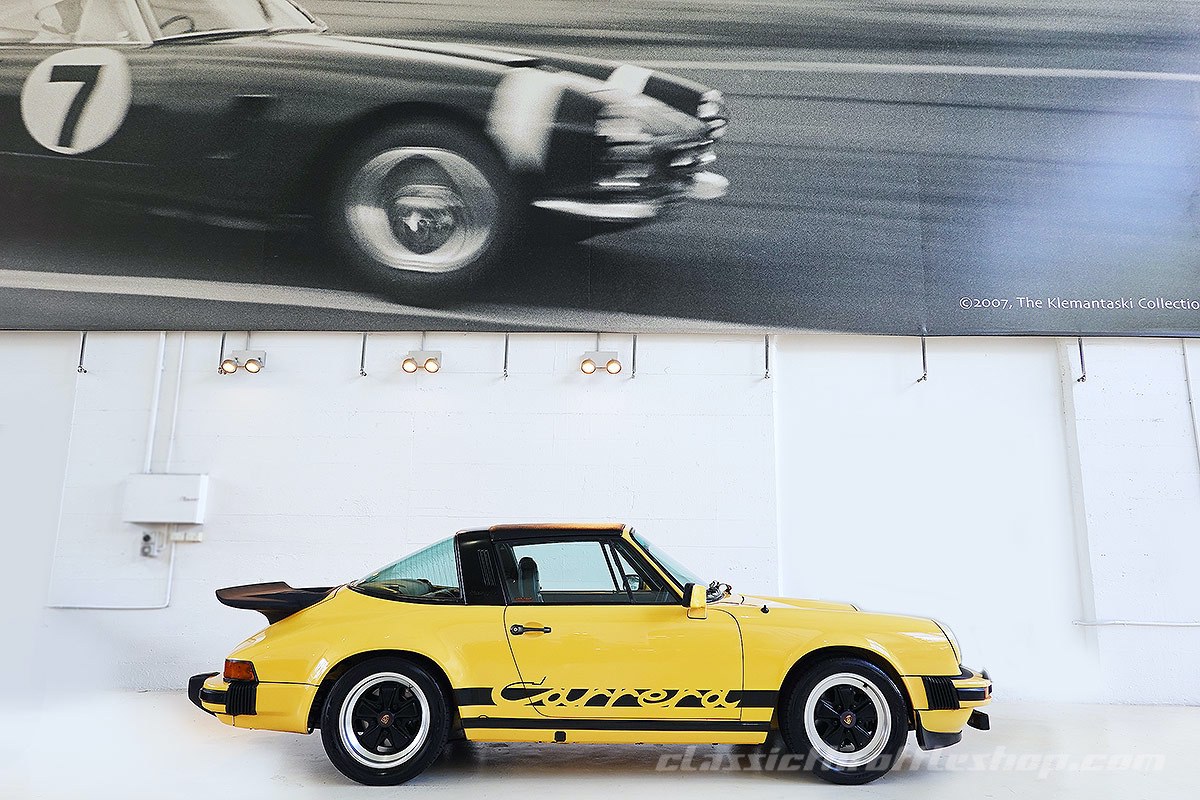 The Carrera nomenclature has long been associated with one of the toughest road races in the world – The Carrera Panamericana Road Race – an event that created legends for both manufacturers and drivers in the word of motorsport.

Today – the Carrera nameplate adorns generations of Porsche from as early as the 356 all the way through to the current range. One of the most legendary models in its history is undoubtable the 911 Carrera 3.0, as it occupies a rather special place in the 911 history combining two Porsche legends.

Since the end of 1975, the 911 Carrera 3.0 represented the incarnation of the Porsche Carrera introduced as the 2.7 Carrera RS and used the 3.0ltr engine in the same die-cast aluminium housing as its legendary stablemate the Type 930 911 Turbo. It was indeed the perfect combination.

Marketed for just two years from 1975 thru 1977, the 911 Carrera 3.0 was specifically built in between the standard 911 and 911 Turbo, providing an additional 35hp over the 2.7 911, a slightly wider rear stance and 16” forged alloys. From the technical point of view, the engine is essentially the 911 turbo engine without the turbocharger, the lighter 6-bolt flywheel from the 2.7 Carrera RS which explains why the performance values of the Carrera 3.0 are very similar to those of the RS.

Just arrived in store is this fantastic example of an uber rare 911 Carrera 3.0 Targa. Delivered new by Hamiltons Porsche in July 1977 and finished in Talbolt Yellow with a contrasting black interior, it sports its unique tea-tray spoiler, Carrera side decals and 16” Forged Alloy Wheels.

Benefitting from a top end engine rebuilt just 30,000kms ago, the drive is powerful and engaging, the gearbox accurate and smooth. Complete with owners manuals and receipts in the history file, this is a solid 911 for both the collector and the driver alike.

Worldwide production of Carrera 3.0 was just 3,687 over the two year period, with only 1,123 being delivered as Targa models. The Australian market enjoyed just 73 units delivered locally with around 22 of them being Targa models.

In the world of classic cars, the Carrera 3.0 is an extremely interesting vehicle from an investment perspective. Its rare due to the low volume production, it has a fantastic air-cooled engine derived from two of the most legendary 911’s in history and with its beguiling sound and classic looks, a dream for all enthusiasts.
Click to access the login or register cheese
Send this to a friend