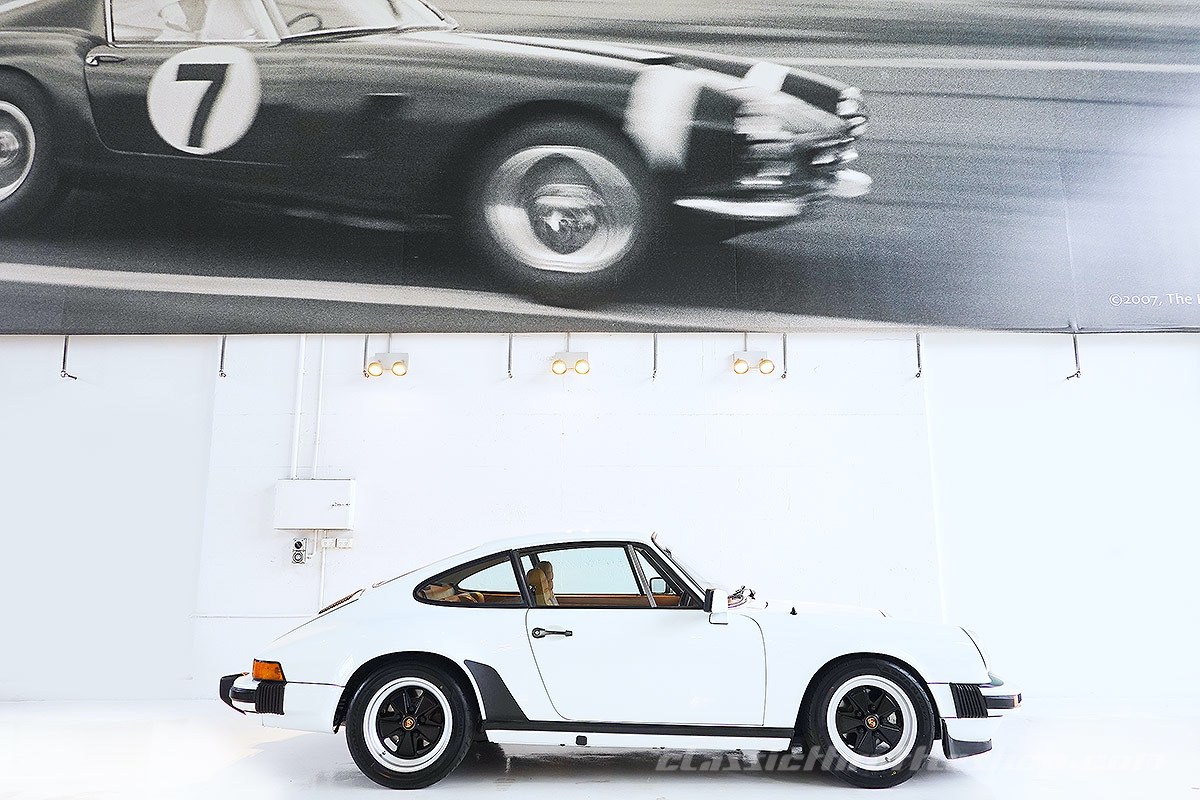 The 911 SC (Super Carrera) fulfilled its name and was launched as the fastest naturally aspirated Porsche of the time. With plenty of power and torque available early, the 3.0 litre 911 SC has a smooth, sweet-revving character and a totally engaging drive.

These full alloy 3.0 litre engines were far more reliable than the 2.7 litre engine they replaced. Distinctly, memorably and addictively different in the way it engages the driver, separating itself from the early 70’s these SC’s were designed to launch Porsche into the 80’s

A landmark car within the celebrated history of Porsche built between 1978 and 1983, devoid of the electronic gizmos that increasingly found their way into Porsche's throughout the 1980’s and beyond.

Offered here is one of the first exceptionally rare Australian delivered numbers matching 911SC in Grand Prix White over an original biscuit interior.

This very early Australian delivered example was delivered new by John Newell Motors in Bass Hill NSW. It is accompanied by its original log books all kept in a Porsche vinyl pouch. Due to an extensive maintenance record a new Porsche log book has been provided with the car as well.

The car has been clearly looked after over its 230,330kms but has been completely overhauled in recent years, receiving an engine rebuild by BWA Auto and on top of this it has just rolled out of a full respray from Zag’s Autobody in its original Grand Prix White. The biscuit interior has not been touched as it is in fantastic original condition and is a very inviting place to be.

The condition of this car has to be seen to be believed, we are very excited to bring it to the market as it is a credit to its previous owners and an asset to the next. Be the one to explore the surefooted handling as well as its whirring purring, quintessentially acceleration of this 911SC.
Click to access the login or register cheese
Back
Send this to a friend