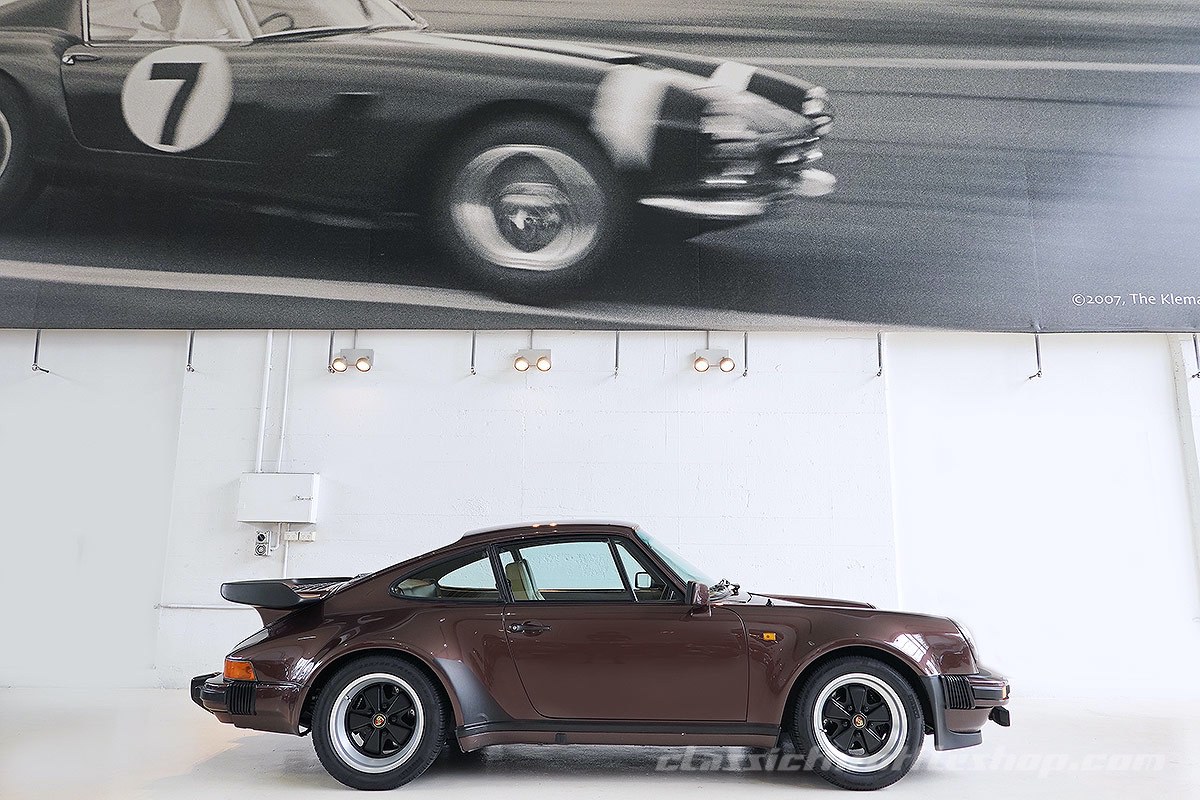 A racing engineer’s car, developed from a racing car that filled trophy cabinets and one of the most raw and unbridled road cars Porsche owners could sink their teeth into, the 911 Type 930 Turbo was and will continue to be an out and out supercar legend.

Designed by Ernst Fuhrmann to be Porsche’s Halo car, the 930 Turbo was produced from 1975 through to 1989 and constantly evolved over its 14-year production run with the final incarnation of its kind released in 1985.

The pinnacle of Type 930 evolution featured all the trimmings including the iconic whale tail, flared wheel arches housing wider Fuchs wheels, upgraded Pirelli tyres, a sunroof as standard and a Turbo boost gauge incorporated into the tachometer.

All of this atop its already industry leading 4-Wheel Independent Suspension, 4-Wheel Disc Brakes, leather upholstery, air conditioning and electric windows, Bosch Fuel Injection and a whirring, churning air-cooled flat-six engine pumping out a whopping 300hp earnt it Paul Frere’s seal of approval as the best sportscar of its day.

Surviving the ravages of time, available here is an incredibly rare and unfettered find.

Released from a private collection, this tantalisingly original car feels so fresh from the tight door handle toggle action to the direct steering feel and sharp throttle response, all tell tale signs point to an exceptionally well-maintained car.

Still carrying all of its factory decals, including the door jamb label and under-bonnet trim label along with its original tool roll and air compressor kit, owner's manual, and a warranty and maintenance booklet all kept within the vinyl Porsche wallet this 930 Turbo is a credit to its last owner and an asset to the next.

The bodywork has been kept in the same fashion, maintaining its exemplary Porsche panel fit, brilliant depth of finish to the paintwork and important features like original Sekurit glass, Bosch light lenses, upgraded Danks exhaust and off-set Fuchs wheels- this 930 Turbo is something quite special.

Agile and with a throaty exhaust growl you can never grow tired of, this Porsche 930 Turbo is the ultimate road going race bred machine and is absolutely on the button mechanically- ready to drive off the showroom floor.

Standing head and shoulders above anything else at the time, with twenty-nine more horses over the previous variation, fatter tires, and years of research and development under its belt, precious few cars could run with it then and there is nothing else on the road today that can offer such an engaging drive.

Examples like this well documented, special order color, low kilometre and Australian delivered 930 Turbo are rarely offered for sale and never last long.
Click to access the login or register cheese
Back
Send this to a friend