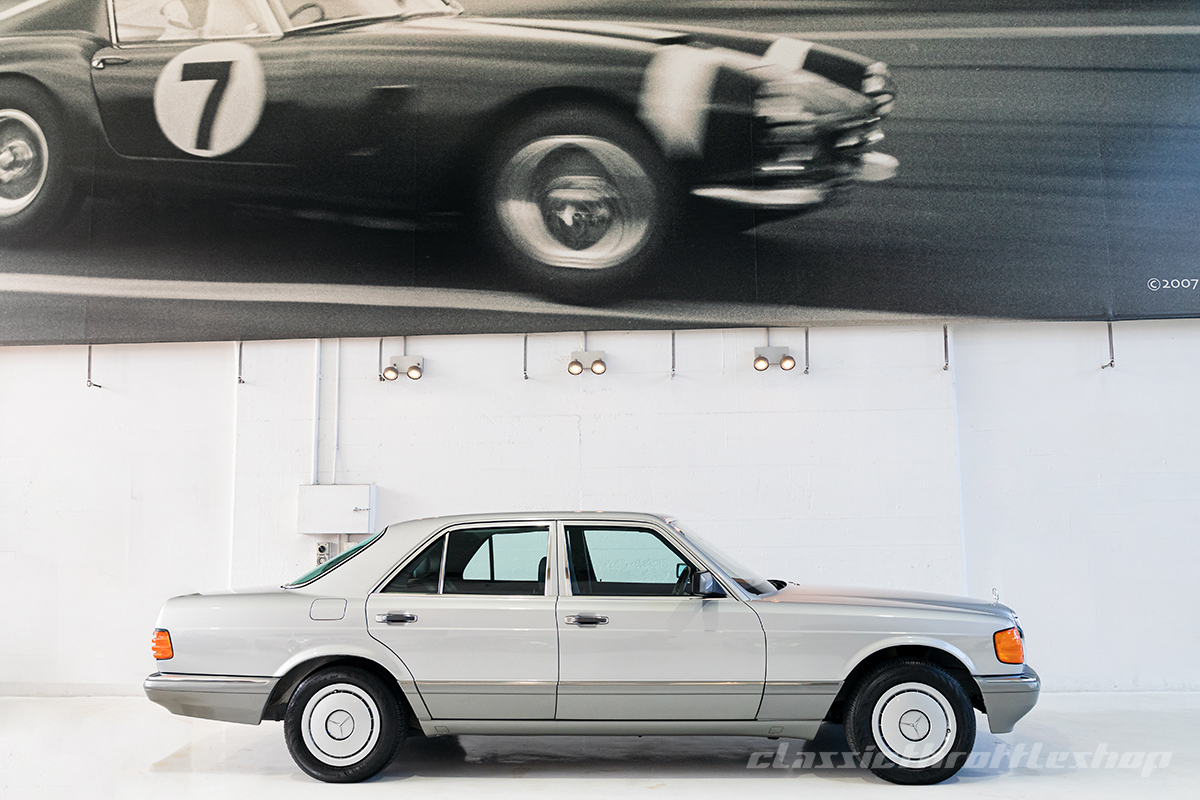 Mercedes-Benz launched its new S-Class in 1979 with the object of retaining the title of the “World’s Best Luxury Car” for the next decade. The W126 range succeeded admirably, achieving critical acclaim the world over - including Australia, taking out Wheels magazine’s coveted “Car of the Year” award for 1981.

After six years of development, the W126 was introduced at the IAA Frankfurt in September 1979. Led by Mercedes chief designer Bruno Sacco they aimed to create the most aerodynamic S class to date. Achieving a class leading 0.36 Cd and pioneering a number of safety systems like ABS and SRS airbags, helped make the new S-Class the first production car able to meet stringent new regulations for surviving a frontal offset collision.

Traveling only 29202 KMS since being delivered new by Mercedes Benz NSW in 1987, this Astral Silver 300SE has to be seen to be believed. After the notorious S Class thud of the door shutting behind you are engulfed by the lovely navy blue interior that looks as fresh as the day it left the factory.

All the tell-tale signs from the original paintwork to interior switch gear, soft carpet, original stereo shows how well this car has been kept. On top of the car will come accompanied by a complete maintenance history.

In fantastic condition this 300SE is one to own, drive and invest in. Never available for long this “Worlds Best Luxury Car” is perfectly prepped to drive off the showroom floor.
Click to access the login or register cheese
Back
Send this to a friend