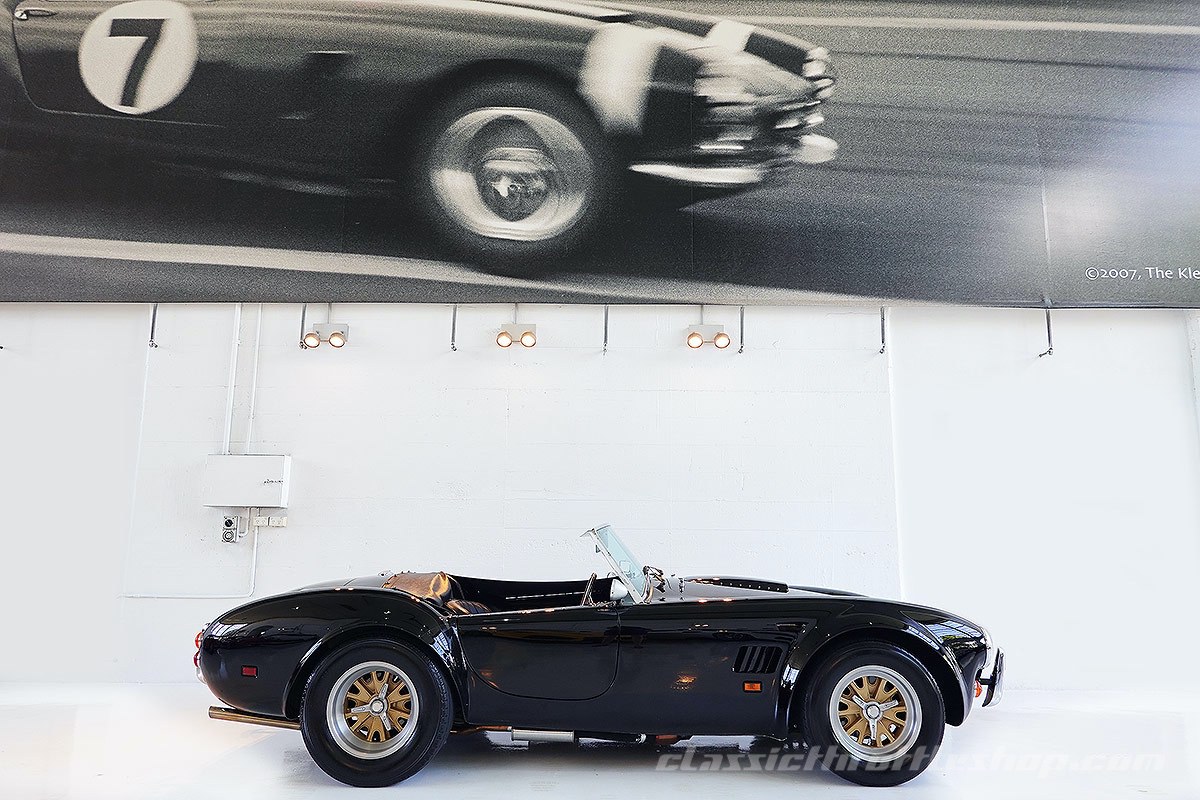 You’ve heard the story. The story that Carroll Shelby approached AC in 1961 with his idea of fitting a big, brawny American V8 into the AC’s Ace – thus creating the beautiful beast that would forever live on as the “Cobra”. A fit, new and supremely competitive sportscar; the plan worked fantastically, with the Ford Windsor-powered AC Shelby Cobra dominating many race series until production ended in 1967.

What you may not have heard, however, is that AC continued production, with the ‘AC 289 Sports’ until late 1969. Some 17 years later, AC, under new ownership, resurrected their famed roadster with the ‘AC Mk IV Cobra’, built using original jigs, dies and even some original 60’s staff, the MK IV is no replica, but a genuine article.

This Black Mk IV was built to US specification, with records showing the AC in Arizona from 1990 to 1997, then residing in California till 2007, when it was purchased by an Australian, and duly imported.

Upon arriving in Australia the AC was sent to ‘The Healey Factory’ in Melbourne, for a left-to-right conversion, before returning to Queensland where it was complied in September 2008.

Sold by Dutton Sporting Cars in November 2012, with just 10,211 miles on the odometer, the AC made it’s way to it’s most recent owner, who livened up the 5.0 litre V8 with a new camshaft, inlet manifold and ‘Injection Perfection’ 4 barrel throttle body.

This is a very rare opportunity to own a genuine, numbers matching, AC Cobra with just over 11,400 miles travelled from new, in genuinely superb condition. It comes with a history file that includes multiple dyno reports, a treasure trove of detailed receipts and an independent professional appraisal which states the car presents at “current maximum professional standards of quality in every area”. We couldn’t have put it better ourselves!
Click to access the login or register cheese
Back
Send this to a friend