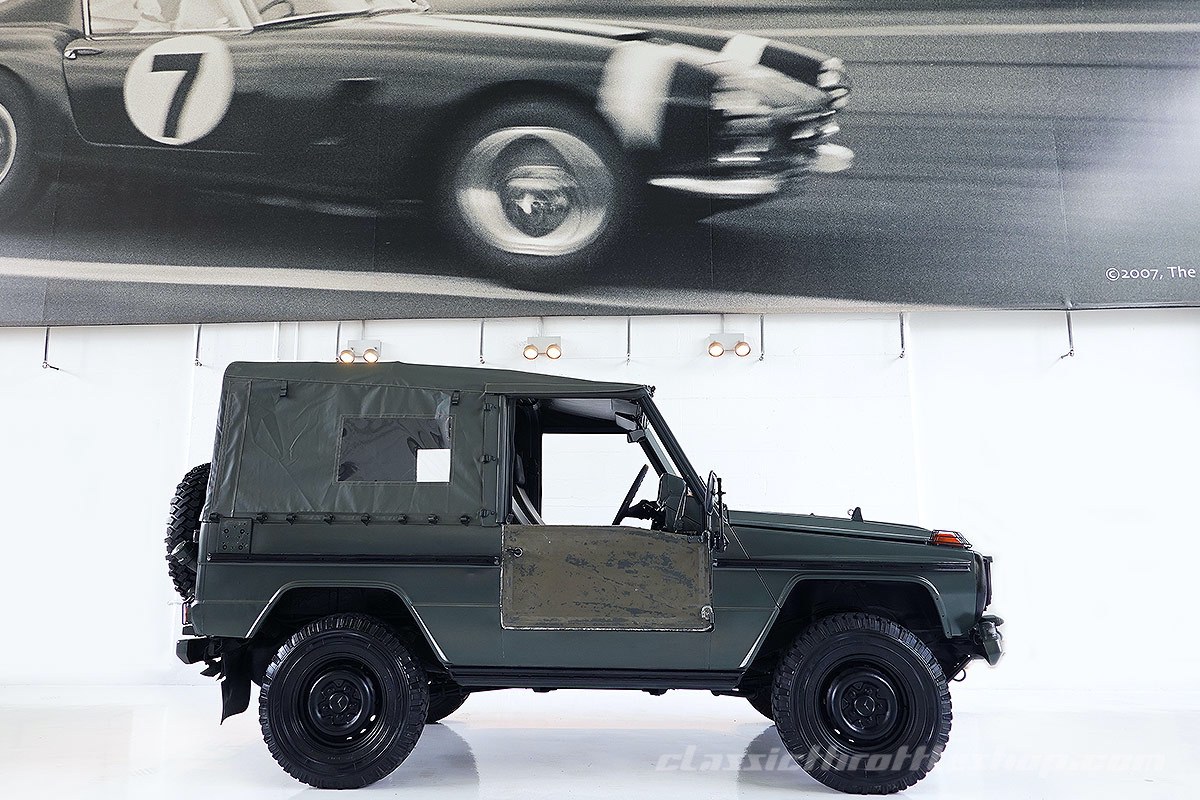 Long before the Mercedes-Benz G-Glass became the luxury favourite of the High-Society set and celebrities around the world, they were an uncompromising off-roader, built for purpose.

Like the CJ Willys to the Toyota Landcruiser, many of the best SUVs were born out of military demands. First commissioned in 1970’s by the Shan of Iran (who was a significant shareholder in Mercedes at the time) the G-Wagon got its name from the German word Geländewagen, meaning “cross-country vehicle”.

The large unit order from the Iranian Monarchy stood as a very tempting deal, however to fulfill the Shar’s requirements, Mercedes-Benz needed external help in its production phase. Turning to Steyer-Daimler-Puch, a military equipment manufacturer based in Austria famous for building war machines like the 6-wheel-drive Pinzgauer, the companies extended their collaboration with the Shan by agreeing to build an all-wheel-drive for military use in his empire.

The development for the G-Wagon project continued through most of the 1970’s including frequent visits to the German coal mining regions, Sahara desert and Arctic Circle for extreme testing in the readying for the 1979 official launch and the die was cast.

During the development process, Mercedes-Benz realised that this well engineered SUV could be altered just a little throughout this phase and branded as a consumer vehicle, further expanding the market opportunity. When it arrived for general sale, one could choose from either a short or long-wheel base variant and various levels of equipment for the civilised application.

During the G-Wagen’s life span many a different body style was made for army and public-service clients, like the Popemobile, the pickup or the chassis/cab with a wheelbase of 2,850, 3,120 or 3,400 mm, the chassis/cab being the base vehicle for army-ambulances or communication vehicles. Because of the sheer variety of military versions, todays buyers are focused on the more standardized civilian G-Wagen that combines all the luxury with the off-road capability.

However, for those wanting an authentic and formidable off-road experience, we have the “Wolf Pack”: finished Military Green over green, these 250GD variants were surplus to the Singaporean government and have just landed in Australia – complied and ready to explore.

Powered by a Mercedes-Benz strong, 72hp 2.4 inline five-cylinder mated to a manual transmission with two-speed transfer case, it has a 0-100km/h of 32 seconds (sic) is more than capable of handling the most difficult terrain on earth. With less than 10,000kms recorded on these examples, and plenty of adventurous life ahead with the next ownership(s) – perfect for the farm down south or the as urban worrier commute in the eastern suburbs.

From an initial concept to one of the worlds most popular SUV’s the legacy of the G-Wagon has stood the test of time and evolved over the ages to become one of the toughest.

Selling quickly, these limited available units wont last long, so reach out to the team today and secure your place in the “Wolf Pack”.
Click to access the login or register cheese
Back
Send this to a friend