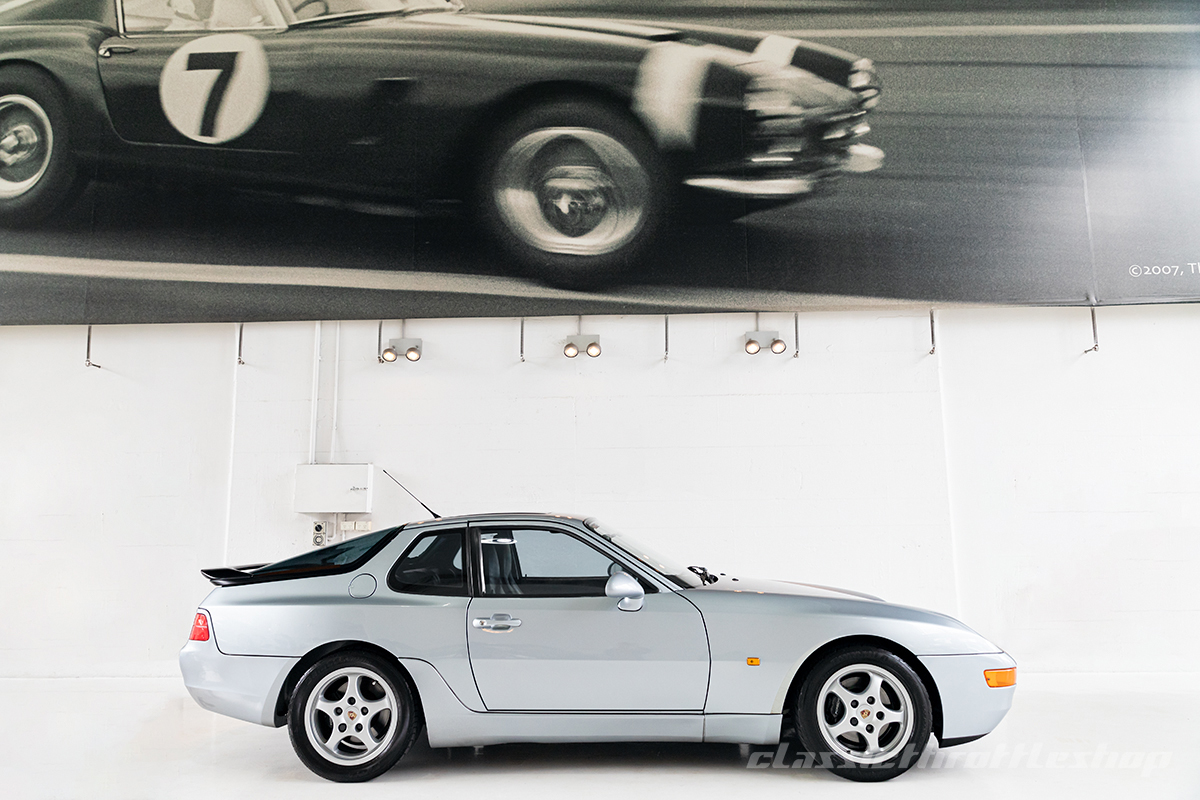 As successful last hurrahs go, the 968 was a rousing cheer to Porsche’s 4-cylinder, front engine, rear-drive platform. Broadening the model line up to include a lightweight entry level Clubsport to the existing Coupé and Cabriolet, the 968 became the affordable gateway to Porsche ownership.

Launched in August 1991 for the Model Year 1992, the Porsche 968 was largely based on the 944 chassis and mechanicals, with revised Porsche “liquid” design language that heralded the new era for the Porsche family that included the 993 Type 911 and the 928 GTS.

Porsche also revised the mechanicals of the 3.0-litre powerplant with larger pistons and con-rods as well as the addition of VarioCam variable valve timing – the first Porsche model to offer this technology. The result of these changes saw the 968 as the most powerful, normally aspirated 4-cylinder engine in the world. 240hp from its big four, driving through a six-speed manual or the new Tiptronic Transmission, seeing a 7 second sprint to 100 km/h and a top speed of 250km/h.

The 968 coupé here was delivered new by Autohaus Chellingworth & Silkwood Motors in October of 1993. Finished in Polar Silver Metallic with deep blue interior and optioned with Tiptronic Transmission and the newly designed Cup Alloys - this spec is not to be missed.

The front-engine, rear transmission makes for amazing handling. The Tiptronic is smooth and responsive, with dynamic downshifting maximizing the torque range.

With Porsche having just celebrated Forty Fast Years of front engine Models – the 968 will ensure you entry to the classic arena without compromising on the comforts. Fully serviced and ready to go, no better way to enjoy the sunny months ahead.