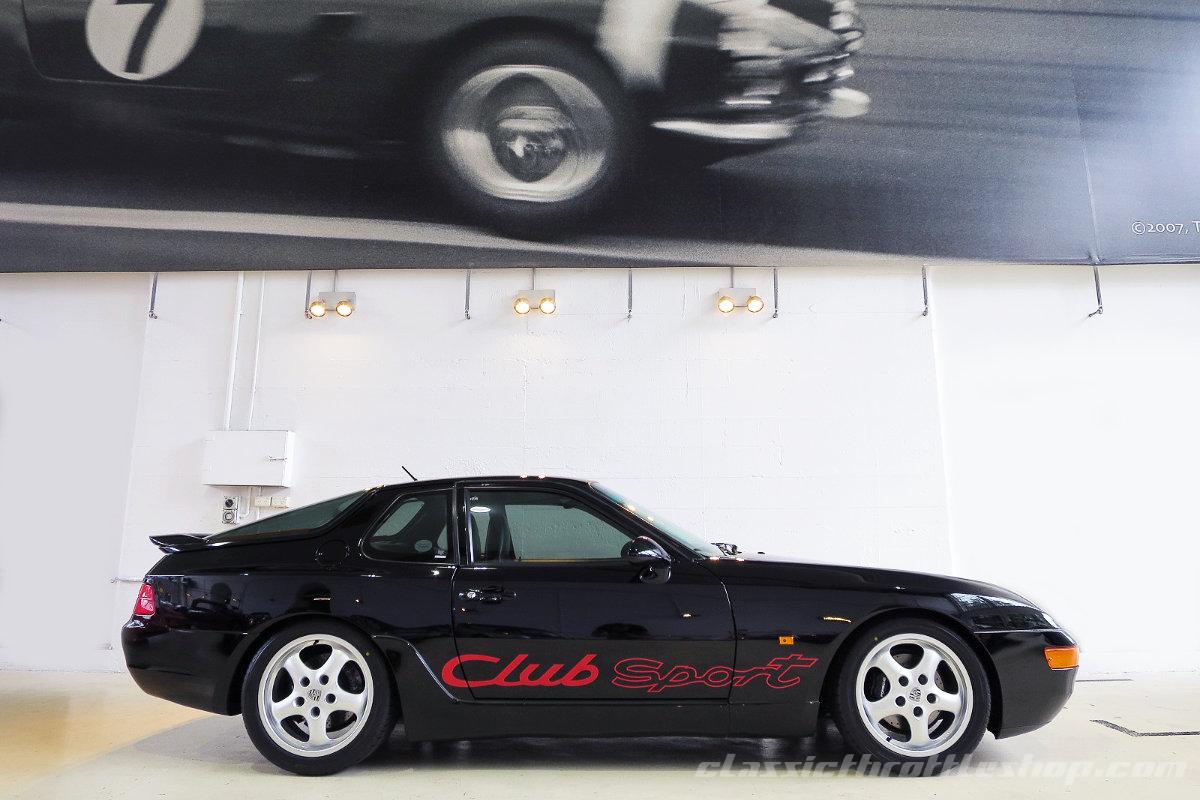 The front-engine revolution that breathed new life into Zuffenhausen in the 1970's led to some of the best Porsche's ever built.

Following on from the 924 & 944 success both in production and motorsport, the 1990's saw the last incarnation of the inline, 4-cylinder models - the Porsche 968.

For the 1993 Model Year, Porsche introduced a Clubsport version, tailor made for the driving enthusiast to excel on the racetrack and be competitive in motorsport. Striking in appearance, Clubsport's were made available in Speed Yellow, Guards Red, Grand Prix White, Maritime Blue and Black with colour coded wheels, race seats and "Clubsport" side Decals.

With its 240bhp, low weight of just 1,320kgs, revised chassis including bigger brakes & sway bars and reduction in ride height of 20mm, it was the way the Clubsport handled that really impressed. Sprinting from 0-100 in just 5.9 seconds and a top speed of 260km/h, anyone that has spent some time behind the wheel of a CS will understand just how balanced a performance package it is.
And as the closest thing to a road-going race-car around at the time, any wonder a 968 Clubsport won the famed Sandown 6 hour enduro in its Australian debut and went on to dominate in the Australian Super Production Championship with Jim Richards and Peter Fitzgerald.

Delivered new by York Motors in June 1994, CTS is pleased to offer the spectacular conditioned Porsche 968 Clubsport. Finished in striking Black paintwork with Guards Red Clubsport decals that was refreshed in 2006, it features leather front seats, rare rear seat option with split fold down, silver finished 17" Cup 2 design alloys and automatic climate control. Complete with owner's manuals, two keys and fastidious service and maintenance history from Porsche dealer and Porsche specialist centres, the most recent of which was December 2016.

It is one of just 19 cars made available for the Australia and will suit the most discerning enthusiast and collector.

The 968 Clubsport has long been a hot tip among classic car experts as a great investment. With this variant, Porsche created one of the best cars they ever built. It also created a cult classic in the process, cementing it as a true 90's superstar, one that will always be coveted and continue to appreciate.

With such a limited number of Australian delivered cars, this is an opportunity not to be missed. Contact us today.
Click to access the login or register cheese
Back
Send this to a friend