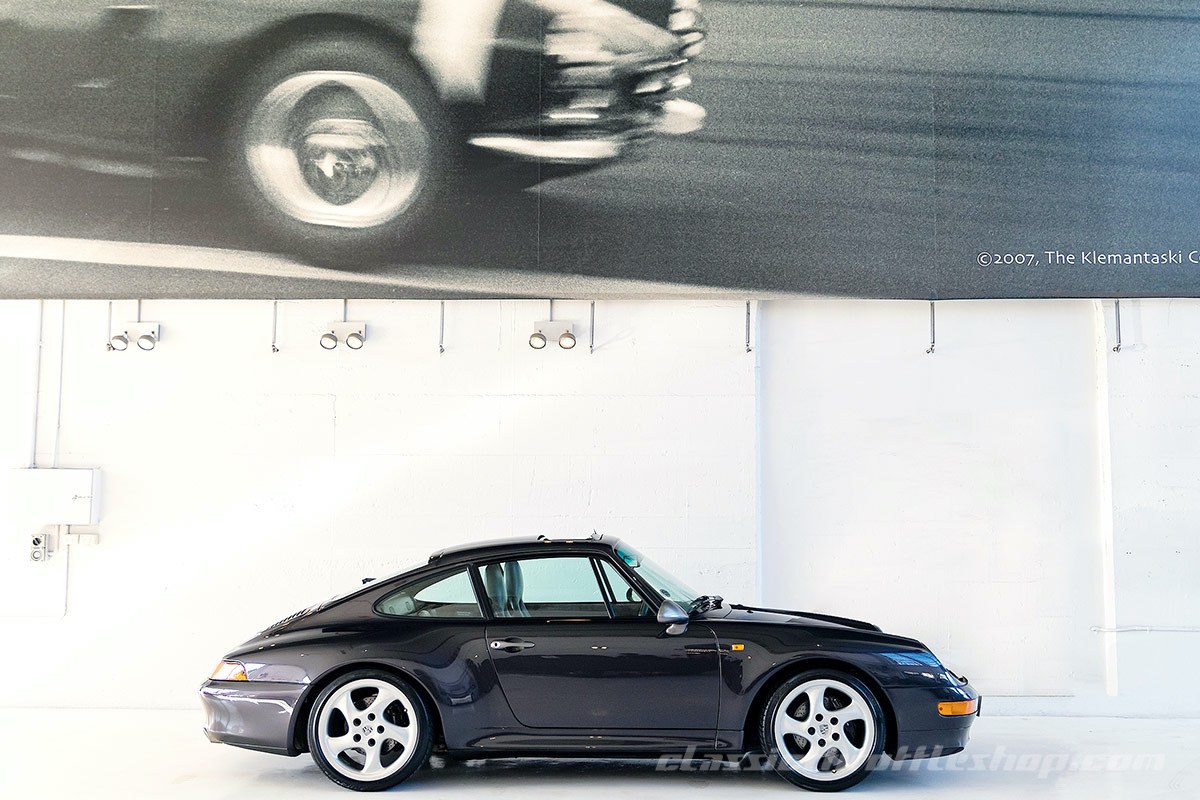 Introduced in 1993, in time for the 911’s 30th anniversary, the Porsche 911 Type 993 would be the very last of the air-cooled engines before the company moved to water-cooled technology for the New Millenium, a step that nobody expected and one that frustrated Porsche fans the world over.

The Type 993 generation was also THE Porsche that proved the 911 indispensable as the backbone of the company and one of the hero models of what many believe to be the best ever 911 is the Carrera S, representing increased speed and increased specialness.

Flared haunches, new alloys, an optional aero-kit, revised trim pack, uprated Vario-Ram series engine and lower-profile suspension gave the Carrera S improved performance and a sportier feel over the standard Carrera and it was in production for less than 12 months.

In total just 95 cars made it into the hands of happy owners in Australia. Truth be told, the interest was so great for this “last of air-cooled model) Porsche Cars Australia could have happily sold the same amount again, however with the American market absorbing all the remaining production – Australian Carrera S went down in history as a “limited model” with amazing future value.

The car offered is a rare Australian delivered 911 993 Carrera S, 1 of just 6 cars that reached our shores ordered in the models “Hero Colour” of Vesuvio Metallic over Classic Grey and sold new by Hamiltons in November of 1997.

Stepping through the robust 993 generation’s door apertures you immediately notice how well this car has been maintained. From the pristine door-cards with leather trimmed tweeters, the mint condition switch gear and dash controls, to the perforated leather sports seats that hold the occupants perfectly well and ageless dash, all tell-tale signs point to a car that has been mothballed it’s entire life.

The exterior is much the same with a brilliant depth of finish to the paintwork, there are zero modifications within the engine bay beneath the signature Carrera S twin grille, the panel fit and finish is to a factory Porsche precise standard and the overall road presence is aggressive yet refined.

The drive is also sensational, responsive, resolute with a feel as though the entire car is cut from one piece.

Accompanying the car are all of the original manuals kept within the leather Porsche wallet, both original keys, air-compressor and tool-kit and full service history.

The Porsche 911 is essentially a religious icon and this Carrera S is one of the greatest models, of the greatest 911 generation ever made. It’s not just that it’s the last air-cooled car, it’s the 993’s blend of classic 911 looks, heritage, sound and blend of modern technology and conveniences that also make it one of the most rewarding sports cars to drive.

Australian delivered, low kilometres and with great provenance, this rare 993 Carrera S isn’t just collectable, it’s a modern sports classic you can seriously sink your teeth into on a daily basis and weekend blast.
Click to access the login or register cheese
Back
Send this to a friend