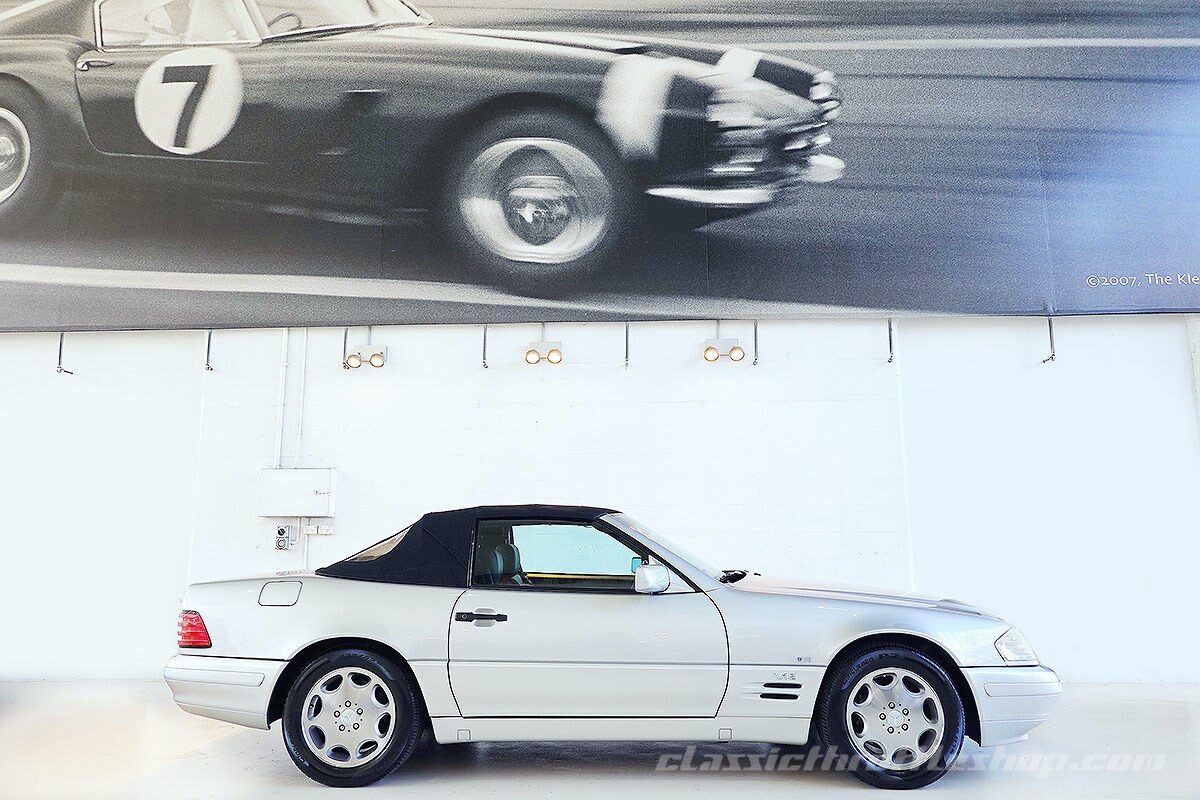 Purchased new by a Captain of industry, superb, original condition, low kilometres, original book pack, one for the collector...

In one form or another, Mercedes-Benz has been producing a two-seat sporty convertible since 1954 under the SL-Class moniker (SL standing for “Sport Leicht,” or “Sport Lightweight” in English). The cars have always been popular standard bearers, and have combined sporty touring qualities with comfort and quality. The R129 version of the Mercedes-Benz SL is no exception.

For the 1990 model year, Mercedes had prepared a replacement for the R107 design that had served the SL-Class since 1972. The new R129 design received a state-of-the-art adjustable sport-luxury suspension and an all-new chassis. Twin A-arm front and fully independent multi-link rear suspension, four-wheel disc brakes, and a complete unibody chassis defined the new SL. Safety features included an automatic roll bar that was designed to extend in the event of a rollover accident. All SL-Class cars in this era were delivered with a cloth convertible top and a removable aluminum hardtop.

If any machine in existence can portray the high levels of luxury automobiles in the 90’s, it’s the SL 600.

Delivered new in 1997 by Sanderson’s in Rushcutters Bay, a dealership which supplied most of Sydney’s affluent suburbs in the east, This is the year that the mega and glorious Crown Casino was finished & opened by one of Australia’s king of business, Mr Packer.

Mr. Packer’s wife Joslyn owned this grand machine from new till 2012 before passing it onto the next Mercedes-Benz custodian who has kept it in the same condition as Sanderson’s had when the unveiled it new in their showroom.

If you have ever aspired or lusted for an example of the German Auto Giant’s modern models, this SL 600 is the one.

Coming with 3 large folders of history & documents, everything from the cheque for the purchase of the car, to every invoice & car show award is supplied with this modern classic.

This vehicle represents a true piece of Australian history as well as the success of sports automotive in this country.
Click to access the login or register cheese
Back
Send this to a friend