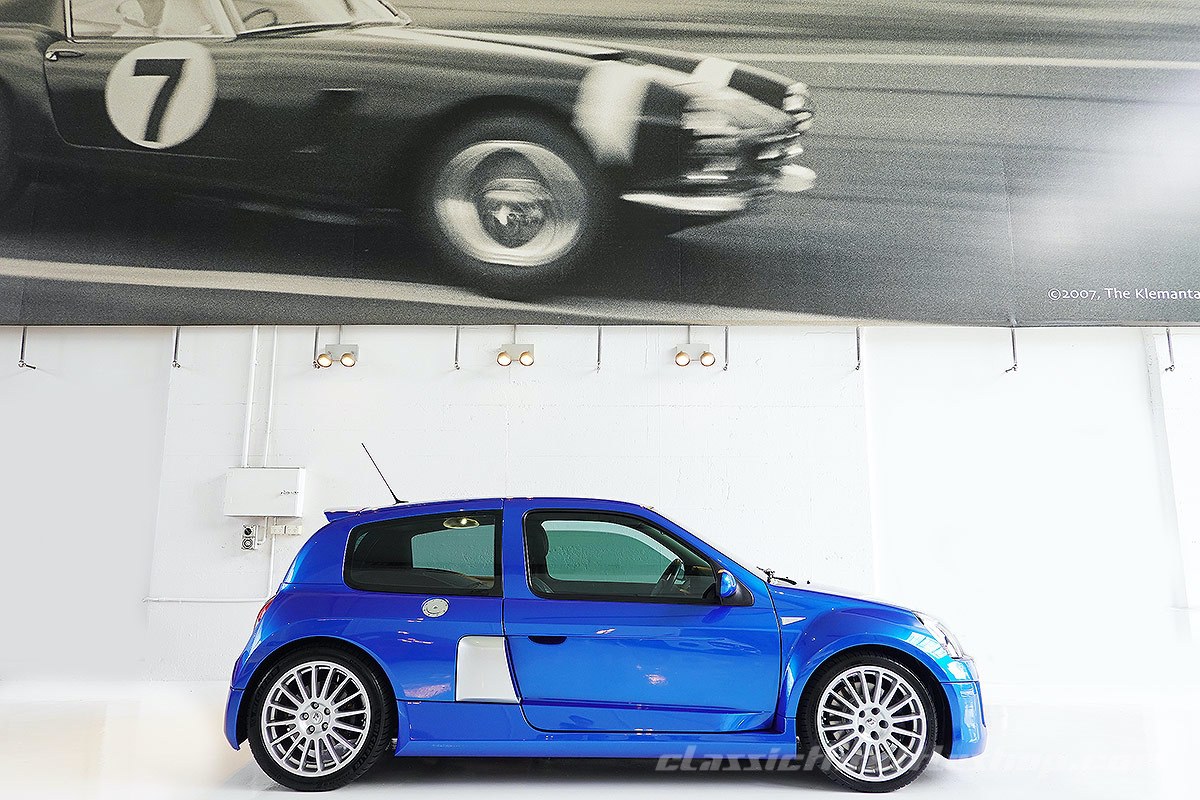 Taking their most pedestrian model, injecting a Porsche tuned 255 horsepower V6 monster into where the rear passengers should sit and fitting a swathe of bespoke performance kit and trim, Renault produced an off the Scoville scale hot hatch that refreshingly reminds us cars can be so much more than just body haulers.

The car to own is the Phase 2 launched in 2003 - a significantly altered car from the Phase 1 with the ability to plant all that raw power down onto the road and handle like Michael Jordan.

Horsepower also jumped from 230 to 255hp (190kW), importantly the wheelbase was increased and a new rear subframe, longer rear trailing arms and softer bump stops were engineered to provide improved turn-in and greater stability when extracting maximum performance from the car without nervous rear-end mayhem. It worked.

Hand built in January 2003, this Illiad Blue Phase 2 car is one of a total of just 354 sold to the UK in right hand drive and arrived in Australia in 2015 as a personal import, believed to be 1 of just 3 cars on our shores.

The exterior still features the impossible to find factory 18 inch lightweight OZ alloys on each corner, massive signature silver air ducts behind the doors that feed the stonking great V6, the original twin barrel exhaust and chrome badging all in fantastic condition.

A leading edge pocket rocket that despatches 0-100 km/h in just 5.8 seconds and still breaks rubber necks over a decade after its release this Renault Clio Sport V6 feels far more special than most hot hatches.

The Porsche tuned V6 provides incredibly linear acceleration with a flat torque curve that simply pulls like a train and the handling makes you feel like Colin Mcrae.

Built by hand in a dedicated RenaultSport factory in Dieppe, this rare beast isn't just a collector's car, it's the type of car that gets you up off the couch and into the driver's seat.

Excellently prepared and ready to drive off the showroom floor, this Renault Clio Sport V6 won't be available for long.
Click to access the login or register cheese
Send this to a friend