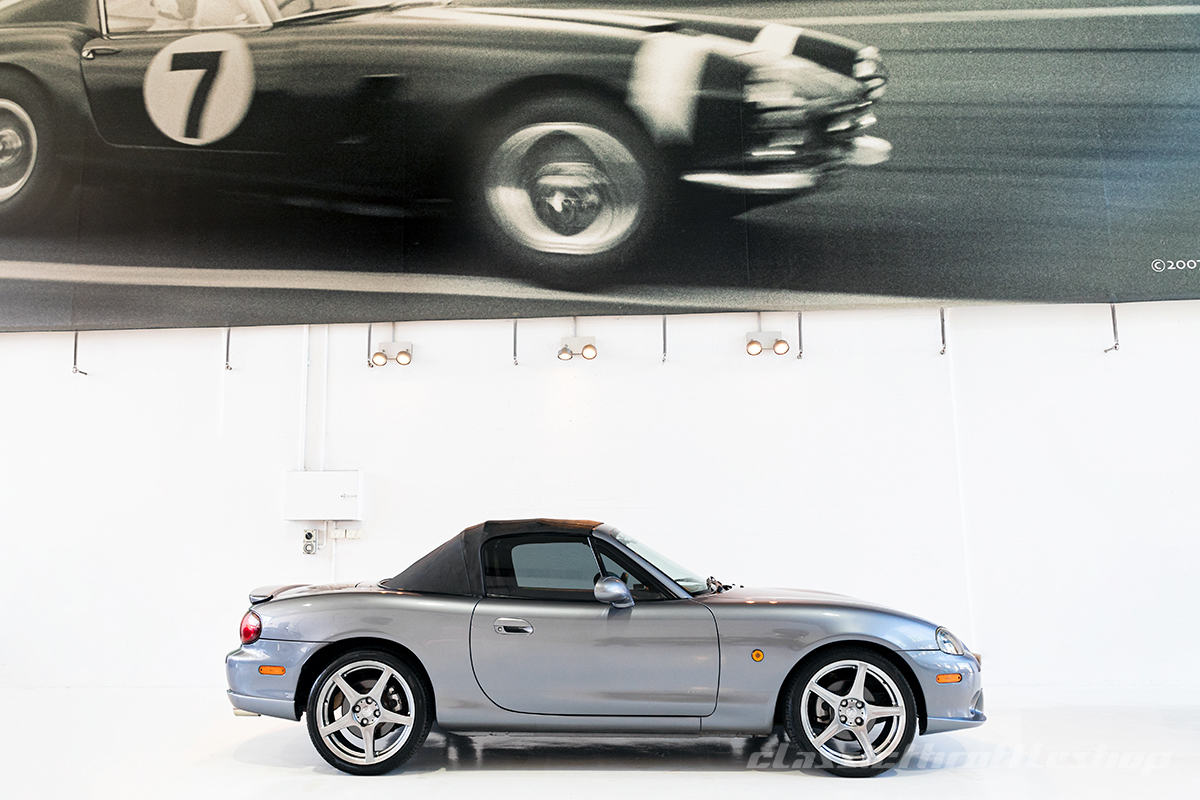 When the NB MX5 was coming to the end of its model cycle and the Mazda executive team were looking at ways to stimulate sales they all agreed that a Turbo version of the much loved roadster was the answer and the SE was born.

Interestingly, it was Australia who did it first, and inspired Mazda head office in Japan to build them for the rest of the globe. After a select group of Mazda engineers sampled the local, Australian built SP model, which was the brainchild of Allan Horsley, Mazda’s motorsport manager of the time. The praise made its way up to the executive team and It became clear to them that a turbo model was the perfect way to send off the NB.

It's not just a Turbo that separates the SE from standard models. The keen eye will notice a tiny SE logo on the tail, bespoke 17-inch alloy wheels, an intercooler peeking out of the front bumper's air intake and last but not least chrome exhaust tips.

Here at the Classic Throttle Shop, we are large enthusiasts of thoroughbred sports cars and are proud to present as part of a large collection of Miatas, this impressive second-generation MX-5 SE roadster. With its 162 hp turbocharged 1.8 litre power plant nestled in a light-wight skeleton chassis inspired by the Lotus Elan, our Australian delivered roadster presents in exceptional condition.

The superb Titanium Grey SE offered here was delivered new by Central Coast Motor Group and comes with the original Mazda wallet as well as the owner's manual with delivery slip, warranty card and service book.

Owned and kept by a top MX-5 collector, the car has been very well looked after and maintained correctly. Ever becoming rarer are MX-5’s in original near new condition let alone one in SE specification. We are sure this will be snapped up quickly so don’t miss out on the chance to own this particularly special NB MX-5.
Click to access the login or register cheese
Send this to a friend