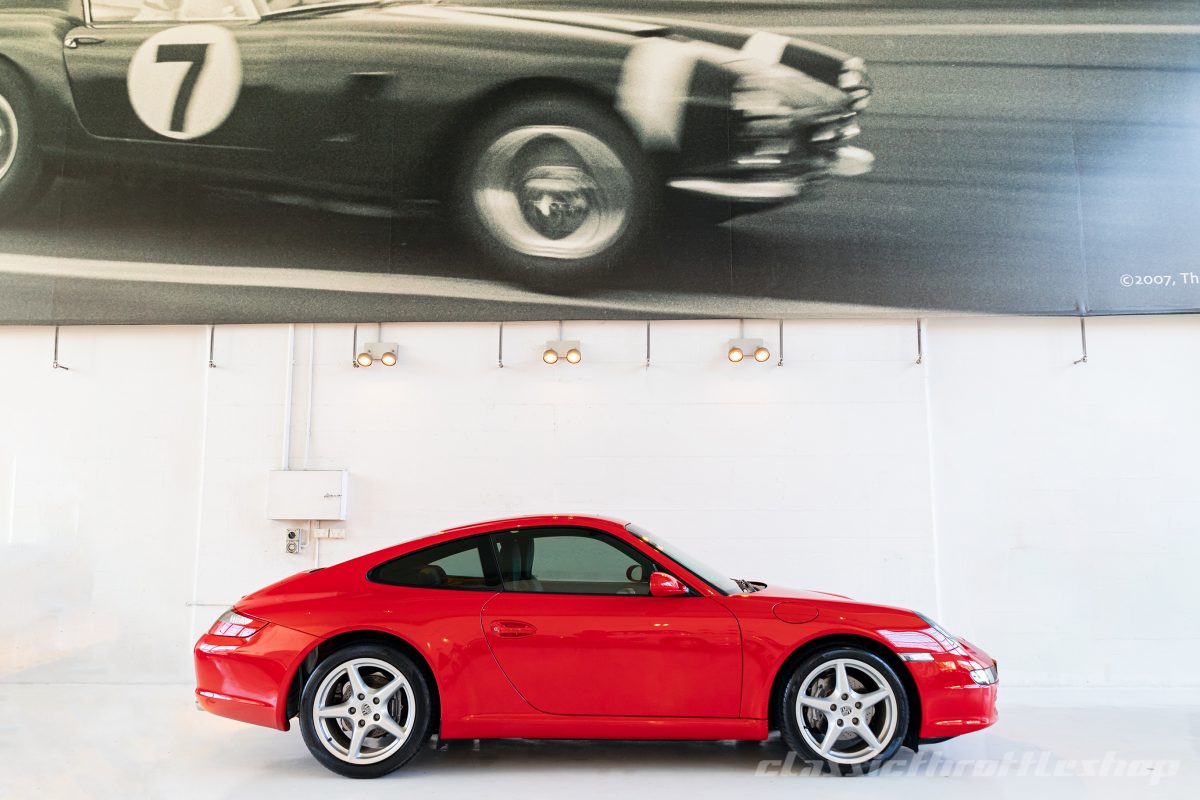 Since it first stunned the world in 1963, the iconic 911 coupé has been through nine successful generations in its role as the backbone of Porsche.

Generation six, known internally at Porsche as the type 997 is fast becoming known as the single best modern 911 money can buy.

Gone are the type 996 'fried egg' headlights, to stay are the classic sloping 911 lines and sportingly small over-all dimensions, and new in is 300 horses of power, a wider front and rear wheel track delivering Ludacris grip levels, a now hard to find rack-and-pinion steering system and new tech like Porsche Stability Management(PSM) and Satellite Navigation.

An unrivalled blend of racing heritage, technology, economy, safety, practicality and unburstable build quality mean the type 997 911 Carrera meets the most exacting demands of 21st-century drivers Monday to Friday and even on weekend escapes.

The car offered is a very neat Porsche 911 Type 997 Carrera with the beautiful 6-speed stick-shift and delivered new by Scuderia Veloce Motors, the Porsche Centre of Willoughby, Sydney. Having been owned by only Porsche lovers, the 911 has been kept in fantastic condition.

When viewing the Porsche, it is quickly recognised the exceptional condition inside and out and is seen to be a truly cherished sportscar. Mechanically the car has been maintained annually by Porsche service centres & specialists which is documented in its original servicing booklet plus spare key.

Practical sports motoring with razor sharp handling, blistering performance, classically styled lines and technology that doesn’t anaesthetise the driving experience there is no wonder the 997 is fast becoming known as the last truly great 911.
Click to access the login or register cheese
Back
Send this to a friend