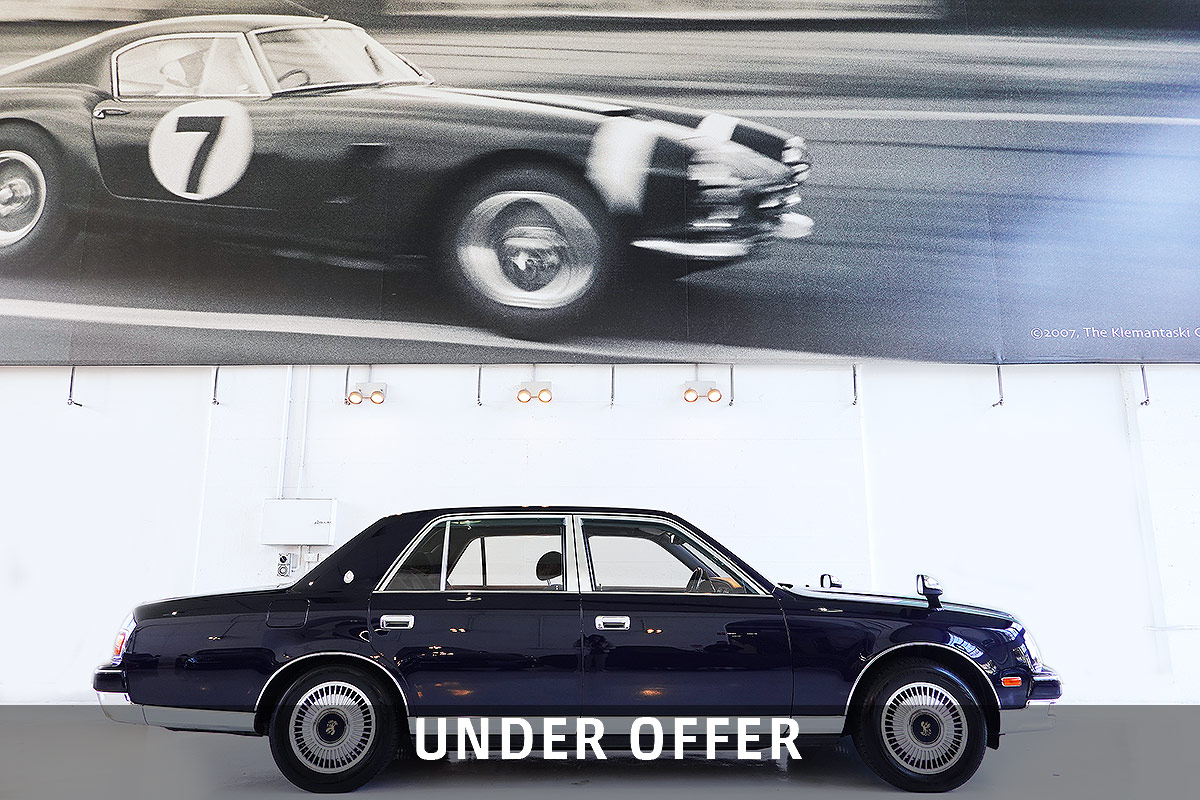 A Tale of Two Century’s: The creation of the Ultimate Classic Japanese Luxury Car.

The land of the Rising Sun is home to some truly unique and lesser-known creations, but if tiny cars powered by three-cylinders aren’t your thing, we have the perfect car for you: enter the Toyota Century.

Built to mark the 100th anniversary of the birth of Toyota’s founder Sakichi Toyoda in 1967, The legendary Toyota Century would have to be one of the most understated statements of the brands of success over the past 50 years.

Outside the Japanese domestic market (JDM), this luxurious upper class sedan remained unknown. Since from the outset only a small volume production was expected, at the same time, Toyota wanted to offer as much luxury and quality as possible.

To assist with this, Toyota shifted the production of the Century to Kanto Auto Works Ltd., where the Century is almost exclusively handmade. The usual black or dark blue paintwork consists of seven layers of paint applied by hand. The chrome of the bumpers, sills and exterior mirror caps is also polished manually by the employees in many hours of detailed work.

It was the first Japanese car to ride on air suspension and the first to be designed with chauffeuring in mind. Introduced in 1967, the Toyota Century has seen only one minor upgrade in 1997, where it gained an extra 4 cylinders, taking the engine from V8 to V12, with a 5.0 litre capacity.

Exclusivity a must, the Century’s engine was specially made for the model, and did feature in any other Toyota. The bespoke 5.0 litre 48 valve V12 with variable valve timing produced 296hp according to official figures. But whilst The Japanese Gentlemen’s agreement at the time dictated that all vehicles produced in Japan would have no more than 300HP, the ‘real’ figures are thought to be somewhat higher.

In keeping with Toyota’s attempts to keep the Century as smooth and as quiet as possible, wool cloth upholstery is standard. Leather is an option, but is considered too noisy as it flexes and creaks under the occupant’s posterior. By the way, those seats are huge and more comfortable than most sofas I’ve experienced.

All adjustment is electronic, with the rear seat occupant also being able to move the front passenger seat from controls in the back, to ensure optimal positioning of the foot rest and leg rest.

Offered here is an exceptional example in Mashū Shrine Blue Mica only traveling 60,840kms since leaving the Kanto Auto Works Plant in 2005. The infamous velour interior presents as new and its ride emulates that of a modern luxury SUV.

Ready to be used to chauffeur you to your next dinner party or be a stand out at any cars and coffee, don’t miss your chance of owning this sophisticated yet quirky part of Japanese history.
Click to access the login or register cheese
Back
Send this to a friend