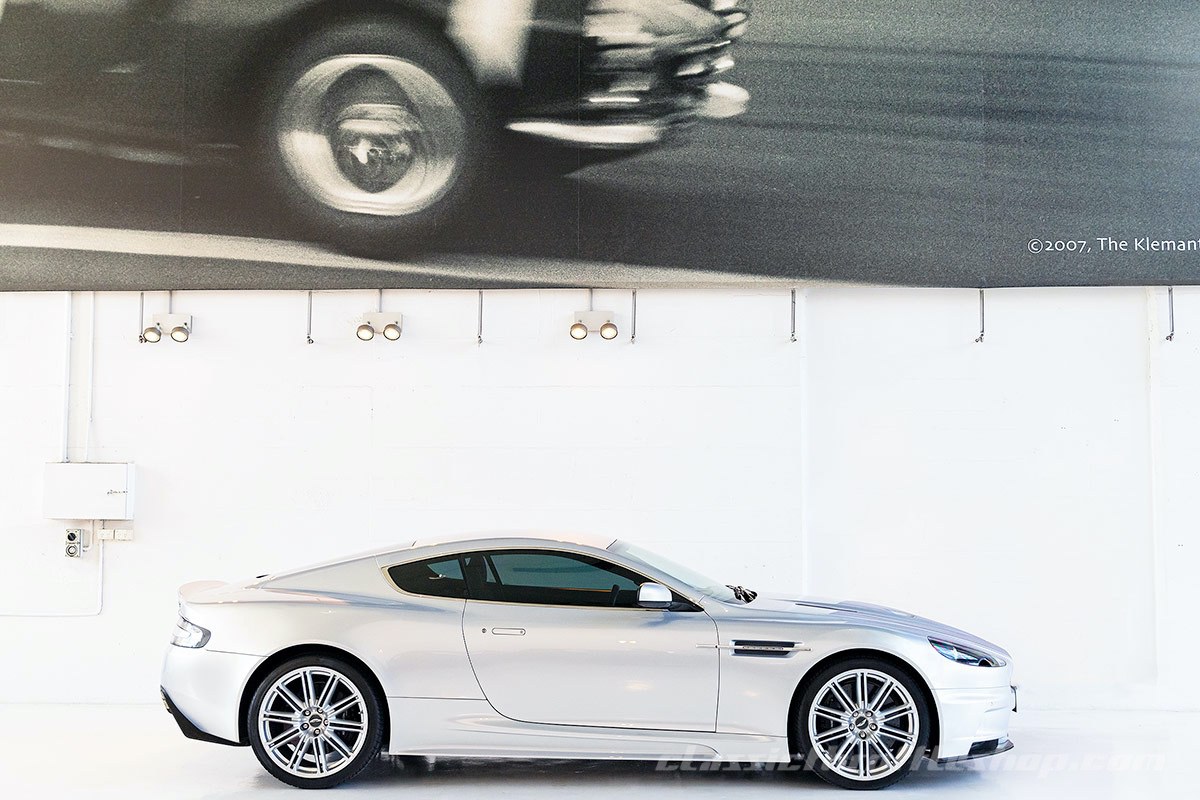 This is not the first car to carry the DBS name, the original model was introduced in 1967 as a supplemental model to the DB6 but it continued in production until 1972, a couple of years beyond its ‘donor’.

First unveiled in 2007, the Aston Martin DBS took the already popular DB9 grand tourer and added an aggressive edge, with enhanced performance, sharper styling, and a generally sportier feel. This 2008 Aston Martin DBS presented in a lightning silver with interior and exterior carbon is an elegant luxury supercar, presented in a lesser-seen factory hue and with very low kilometres from new. Under the bonnet is the 5.9 litre V12, which powers the rear wheels via a manual transmission. The odometer displays only 34,007 kilometres.

Complete with a meticulously kept factory service from new, the last 34,000 kilometres and just had is annual service at Aston Martin Sydney a glimpse inside the interior of the special Aston Martin shows little to no wear across the leather seats and dash-both still carrying their as new smooth matte finish. The switch gear is in the same out of the box condition and the depth of finish to exterior paintwork is remarkable.

With such low kilometres, in this impeccable condition and low productions number (12 right hand drive ever produced in 2008), this car presents an investment grade opportunity to own a landmark car from the vault of one of the most prestigious automakers ever

Offering supercar performance, signature luxury and refined comfort in one package, the Aston Martin DBS is a spectacular modern grand tourer. Routinely serviced by Aston Martin main dealers from new and presented in an uncommon factory colour, this low-kilometres example will make a fine addition to any collection and is sure to bring a smile to its next owner’s face whenever they fire up its mighty V12.
Click to access the login or register cheese
Back
Send this to a friend