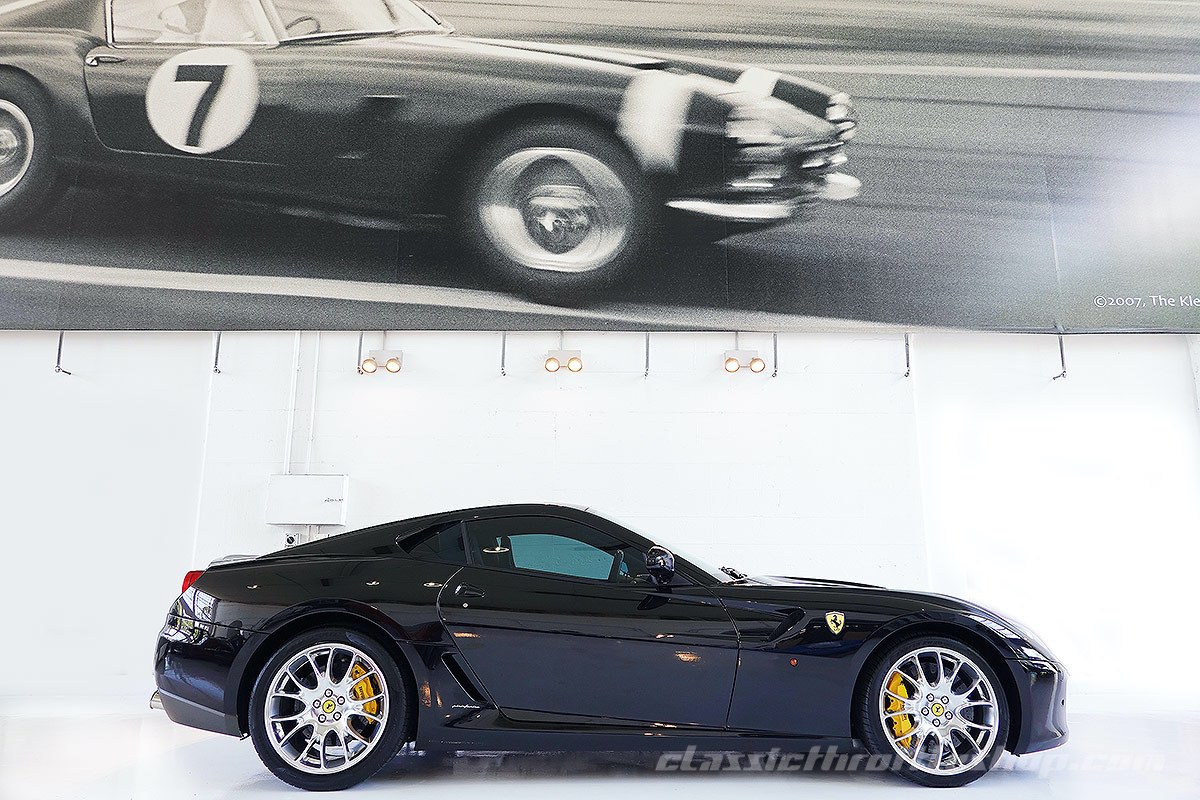 An out and out highlight in the recent history of Ferrari, the 599 GTB Fiorano gets its name from the 5,999 cc V12 engine derived from the Enzo at its heart.

A supercar disguised as a Grand Tourer, its V12 is tuned to produce a thumping 612hp, the transmission uses F1 shifting software, the chassis is lightweight all-aluminium and the deliberately driver-centric interior is a mixture of arcade-game fantasy and practicality in one.

With the 0-100 km/h sprint despatched in just 3.2 seconds in comfort, the 599 GTB is one of the most complete GT cars ever produced.

On its launch, motoring media found themselves questioning the need to reach any further up the supercar ladder.

This two owner car offered here is an exceptionally well specified Australian delivered 2008 Ferrari 599 GTB ordered in the timeless combination of Daytona Nero over Black leather trim, and is optioned with:

Meticulously cared for this car has travelled just 10,044 kilometres.

Accompanied by its complete set of original manuals bound within the leather Ferrari wallet this ultimate Grand Tourer perfectly blends a taste of Ferrari’s past with lineage traced to the vaunted 250 SWB and a glimpse into the future of absolute blistering speed.

There are the very quick cars, which can post 0-160km/h times beginning with an eight but anything under eight seconds belongs to an elite group, and in gaining such membership, the Ferrari 599 GTB Fiorano is something quite special.

Experiencing a front-engined V12 Ferrari is like seeing the Beatles live in concert. The sound makes the hairs on the back of your neck stand on end.

A stunning car and a jewel in the crown of one of the greatest automakers this Ferrari 599 GTB Fiorano must be experienced to be believed.
Click to access the login or register cheese
Back
Send this to a friend