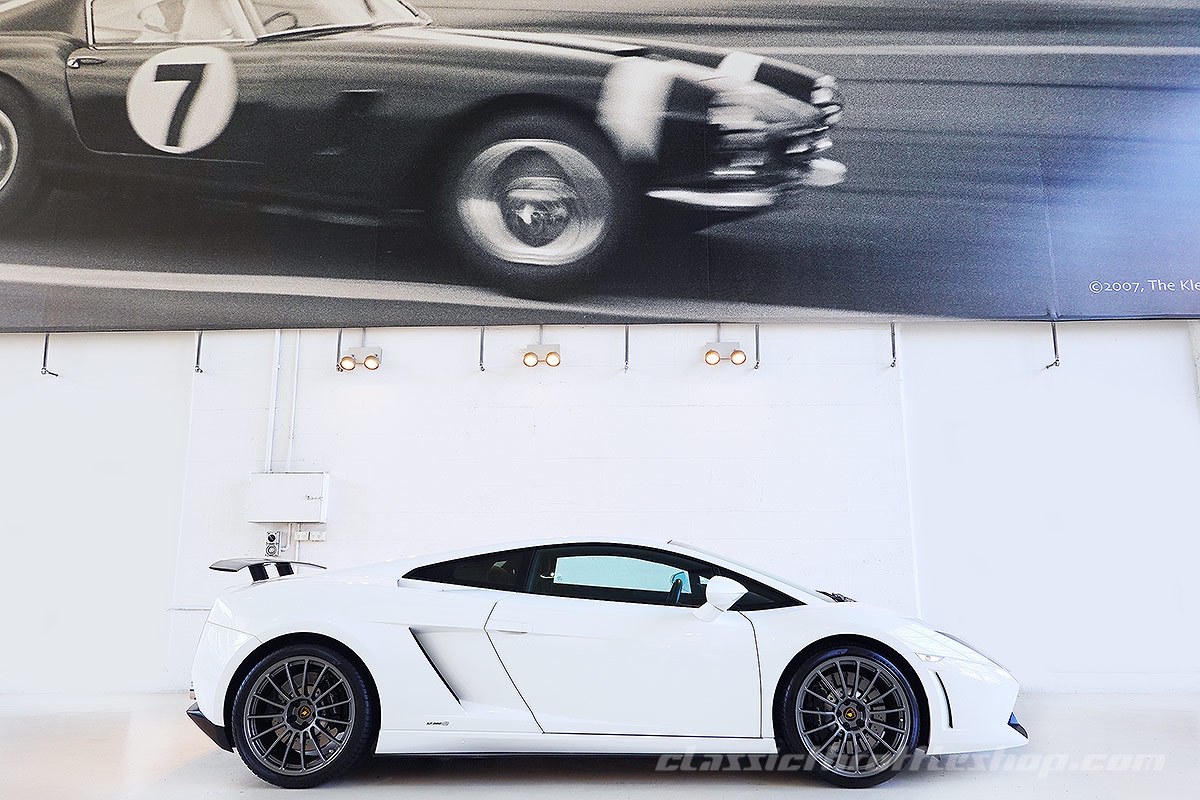 The Lamborghini Gallardo is one of the most recognisable modern Italian supercars, first released in 2002 and produced until 2014.

The Gallardo is Lamborghini’s most celebrated model given its huge success in being their most sold car. To this day, the earliest examples to hit the roads are still admired and respected by enthusiasts worldwide given the cars unique design and performance. The Gallardo was the companies first car to feature a V10 engine which produced 493 horsepower, making it a direct rival to the Ferrari F430.

To celebrate 50 years of the notorious Italian marque and the success of the Gallardo, Lamborghini released this special example – The Gallardo 50th Anniversario which was limited to 100 units worldwide. The car was designated LP 560-2, meaning it produced 560 horsepower through its special 19” Scorpius Alloy-wheelsand was 2WD instead of 4WD.

Finished in Bianco Opalis over Nero Alcantara interior, this monstrous example has been cherished by each of its one owner and is accompanied by a full service history.
Click to access the login or register cheese
Back
Send this to a friend