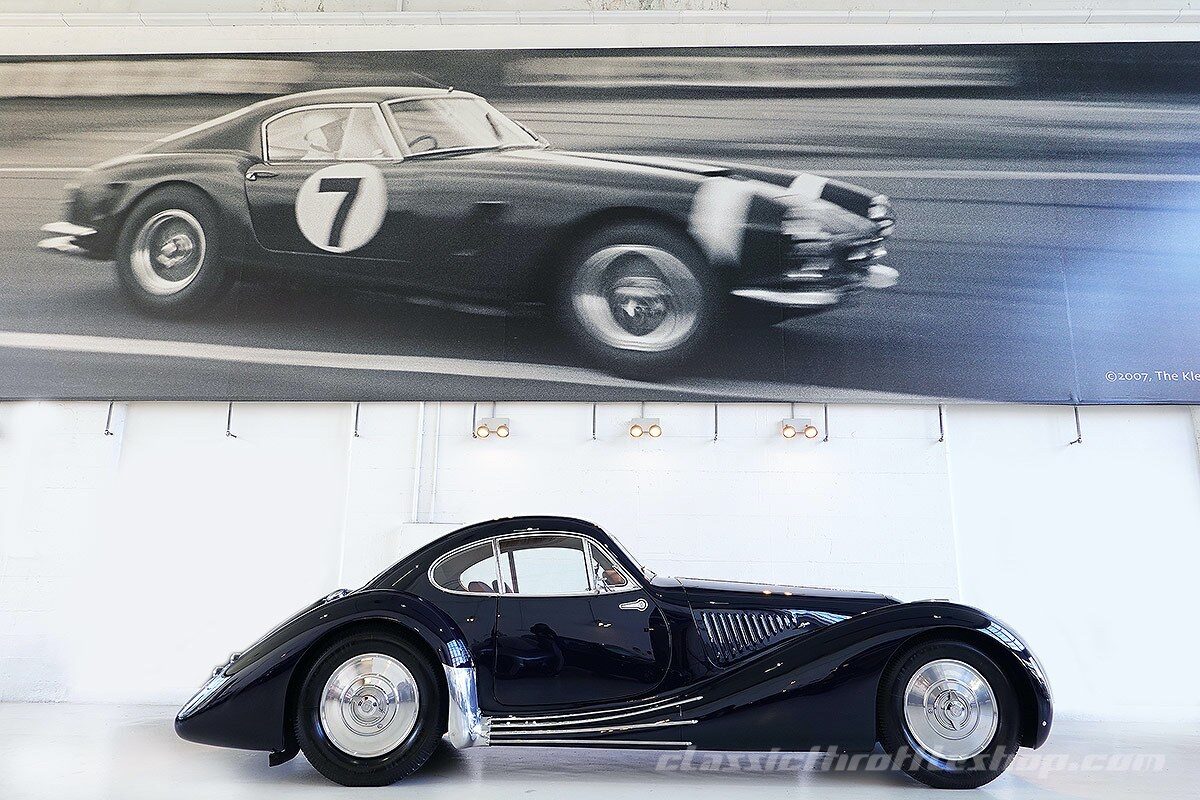 Unparalleled Art Deco artistry. This Bentley Petersen 6½-Litre ‘Dartmoor’ Coupé has been crafted by Bob Petersen Engineering, a company which specialises in the rebuilding, restoration and recreation of classic Bentley motor cars.

It has been advised that there will not be another car built with this exact colour and trim combination.

It’s a car that draws classic car enthusiasts like honey attracts ants. It puts together an art deco thirties style reminiscent of the Bugatti Aerolithe in a “modern” and thoroughly practical road car based on a 1951 Bentley Mk VI chassis

The 1951 chassis has been extended to a wheelbase of eleven feet and features modified cruciform bracing and an under-slung rear axle, while the disc wheels are shod with 700×21 tyres. Powered by a Rolls Royce B81SV 6½-litre straight eight, an engine created during WW2 for both military and civilian use.

Originally gas powered, this engine has been converted to run on unleaded petrol and produces an enviable 265bhp at the rear wheels thanks to bespoke camshafts and pistons. This Dartmoor possesses the power to cruise through modern traffic without sacrificing style or comfort.

Beyond its own prestige, the Dartmoor has received the ‘Judges Choice’ award at the AMOC’s Morwell House Garden Party in 2010. It was first presented at the Goodwood Revival Meeting in September 2009, and has since featured at the Bentley Drivers Club’s race weekend at Silverstone, and the Essen Techno Classica in 2010 and 2011. In part, thanks to its unique styling and heritage The Dartmoor is also featured in Ray Roberts’ book, ‘Bentley Specials & Special Bentleys Volume II’, pages 326, 700 and 703.

With an outstanding combination of style and power, this unique expression of automotive artistry is sure to be the stand out at any prestige classic motoring event.
Click to access the login or register cheese
Send this to a friend