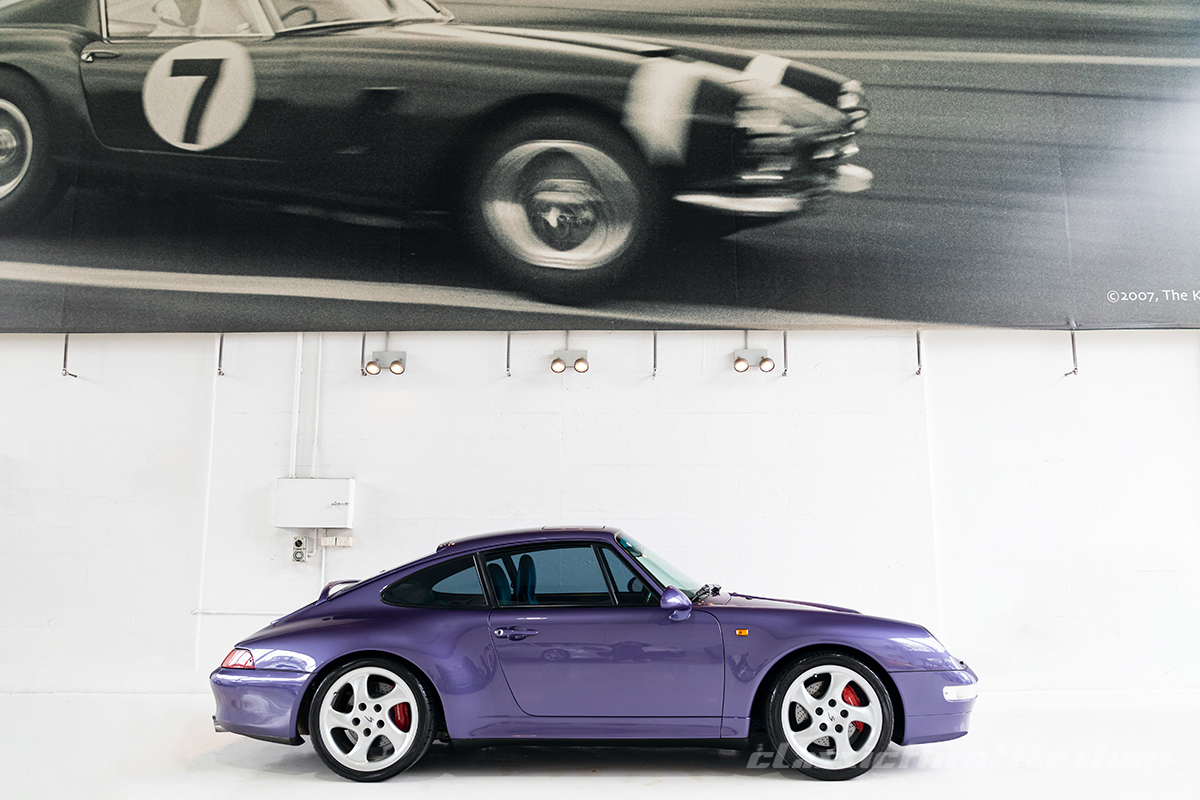 When it was launched in 1993, there were no arguments about the new 911’s looks. The fared-in headlights may have seemed radical, but combined with the new 993’s rounded hips, it was received with greater enthusiasm than the 964 five years earlier.

Porsche recognised that the edict in 1984 to the 964’s stylists ‘to touch nothing above the axle line’ was too conservative: 964 sales fell away after a strong start, and by 1990, such were Porsche’s finances, the next 911 had to be a success.

Supervised by director of styling Harm Lagaay, designer Tony Hatter did a fine job of smoothing the 964’s coachwork, eliminating the obtrusive bumpers and melding the headlights with the wings.

He would have liked to go further, recessing the windscreen wipers and revising the roofline, but the budget didn’t extend to this. It did, however, let him flare the 993’s rear haunches to produce an “S”, a feature which created raptures and made its rear three-quarter angle one of the best views of any car.

Rather than dub its new model ‘Turbo look’, which would have cast it somewhat into the shadow of the real Turbo, Porsche created a new model, introducing it as the Carrera 4S – the numeral indicating it was all-wheel drive and the S implying a special model, akin to the original 911S.

The other aspect of the 993 that improved on the 964 was this all-wheel drive. The 964 C4’s fixed torque split (69:31) spoiled the 911’s handling balance, proving prone to numbing understeer – the last thing buyers expected.

The revised installation of the 993 C4 not only shaved 50 kilograms off the weight, but its infinitely variable allocation of torque transformed the handling. Testers found that the new C4 had the same agility and lightness of touch as the rear-drive version, and that rather than working against the handling, all-wheel drive aided it by enhancing stability when cornering in the wet.

Which brings us to the following 911. Delivered new in 1997 by Chellingworth Motors, our stunning 911 Carrera 4S is nothing short of Exclusive. As one of just 23 examples delivered to Australia in that year, it represented the smallest number of 993 units made available I that year (95 Carrera S, 41 911 Turbo). Finished in colour to sample Violet Blue Special Metallic, it was also the only example delivered in Australia.

But the exclusivity doesn’t stop there. The full leather interior package gave way its optional equipment including;

Travelled just 103,716 kms with a flawless services history, a 2022 major service and new tyres, amazing and exclusive example is not to be missed for the collector and Porsche aficionado alike.

Arguably, the 993 Type 911 Carrera 4S is the finest Turbo-Look 911 Porsche have produced, and while the 1997 limited run of rear-wheel drive 911 Carrera S offered an unadulterated drive (also available in a Tiptronic Transmission) – the manual only rarity of the 911 Carrera 4S coupled with the exclusivity of the 911 Turbo makes it the pinnacle 993 coupe to own and collect.

Matched with the 1 of 1 combination of the Violet Blue Metallic and you have all boxes checked for exclusivity.