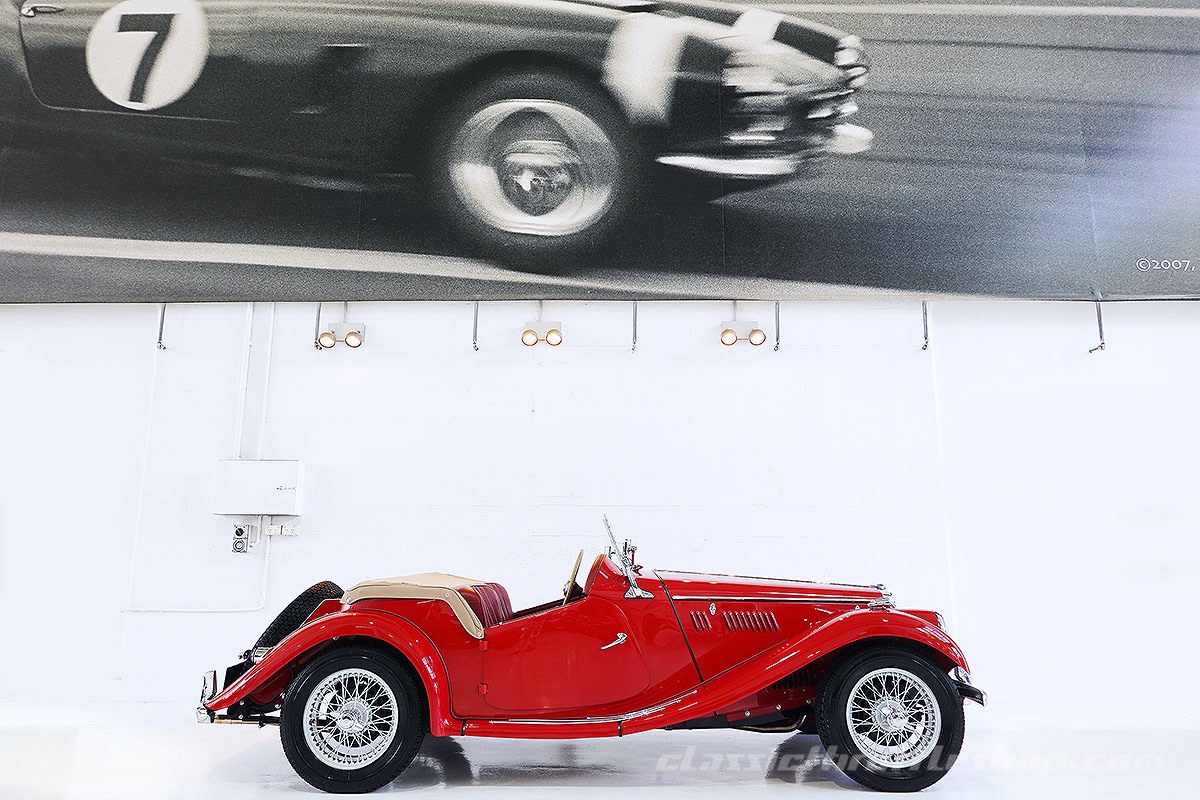 The TD was to have been the last of the T Series Midgets but Leonard Lord had different idea’s. With the start of Austin Healey he was keen to hold off on the release of the MGA and give the beloved T series one more facelift as a final hurrah, this would carry MG through to 1955 and was the birth of the TF.

A restyled body with a more idealised shape, increased power output, and detail modifications to improve comfort and accessibility are among the many outstanding features that separated the TF from its older siblings. Compared to the large, softly sprung, and underpowered American cars of the period, the MG TF offered spritely handling and performance.

Hitting our showroom floor is a fantastic opportunity for all MG and classic car collectors. Delivered to Australia in 1953 and first registered in Victoria with the plates ANZ 252 the little TF spent the majority of its life touring around Melbourne before being found at a deceased estate by an MG Specialist.

Noticing that it had solid bones the TF was snatched up and the monumental restoration to bring the car back to its former glory began. Not to do things by halves it took over 7 years to restore the car to the suburb level of both condition and performance you see today. It's evident that not a single expense was spared when the work was undertaken, the only alteration from original was a T9 5 speed gearbox to give the TF the drivability and longer legs it deserved.

The TF just begs to be driven, looking into the cabin you are greeted with the iconic hexagon gauge cluster surrounded by red leather upholstery making it impossible not to want to jump in and turn the key. Once out on the road the driving experience is like no other, the peppy 1250cc inline 4 cylinder XPAG engine has an unforgettable raspy exhaust note that gives much bigger cars a run for their money. The handling is predictable and fun, turning any drive into an occasion.

Since the restoration the car has been used sparingly, participating in concours events and taken on the odd weekend drive.

Any motoring enthusiast would cherish the opportunity to have a piece of usable history like this in their garage, don’t miss out and book an appointment with one of the team today.
Click to access the login or register cheese
Send this to a friend