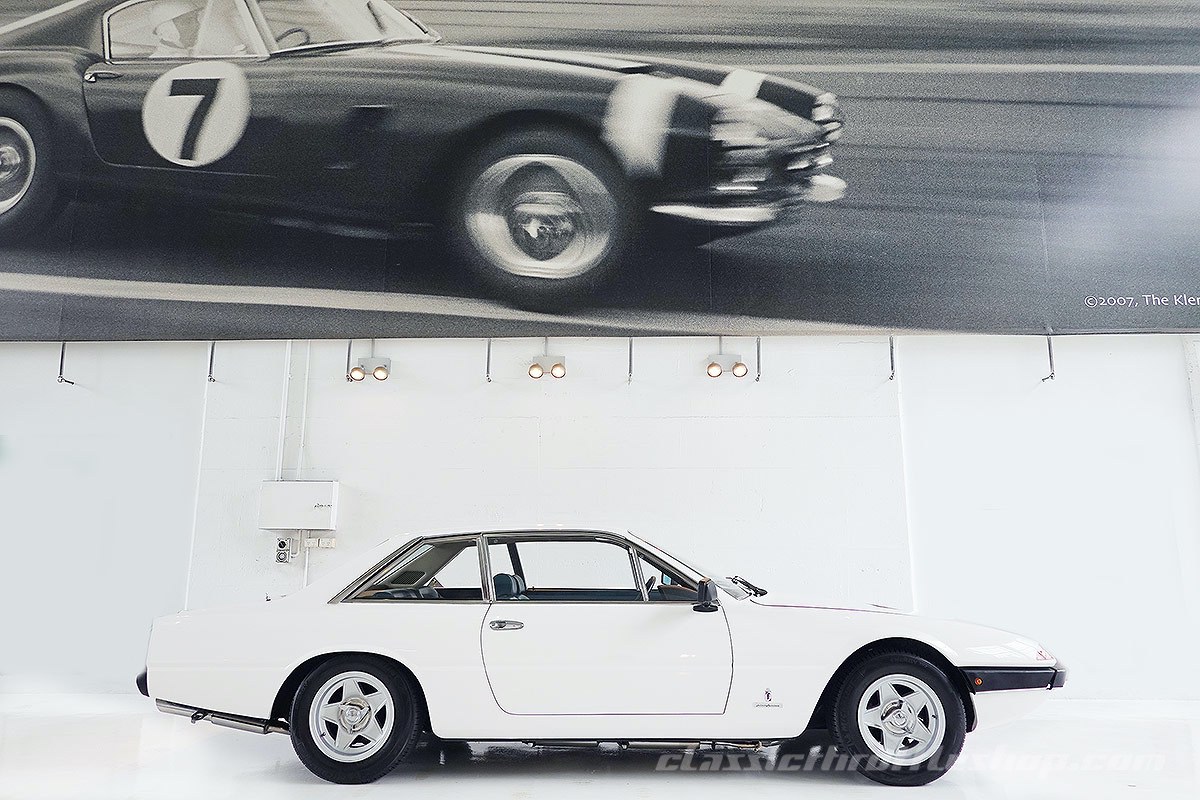 The Ferrari 365 GT4 2+2 was always going to polarize. Faced with a directive that would require Pininfarina’s designers to shift the brand away from the more traditionally styled 365 GT 2+2, this new offering provided more rear-seat space than the Ferrari GTC4 and introduced aerodynamic body-styling that was destined to become a feature of the seventies.

The result, released in 1972, was the Ferrari 365 GT4 2+2. A clean-cut ‘three-box’ design based on an extended wheelbase version of the Ferrari 365 GTC4 chassis, the ‘2+2’ shared a few design details from its predecessor, including the Daytona-style, ‘pop up’ twin headlights and adding 6 circular rear tail lights and centre-nut wheels which would go on to become iconic in their own right. As is true with every Ferrari, the engine was the main attribute of this beast Utilising the 4.4litre quad-cam V12 engine fitted with 6 Weber side-draught carburettors, it produced an impressive 320hp and was capable of sending the car from 0-100 km/hr in a lively 6.4 seconds onto a top speed in excess of 250 km/hr. What's more, the howling V12 soundtrack from the four tailpipes is, of course, mesmerizing.

However that's not the only area in which the car excels. The cabin is equipped with full leather, air conditioning, electric windows, and power steering. What’s more, the expanses of glass give great visibility, and the spacious interior can accommodate four people, making this one of the very few classic Italian supercars that you can enjoy in modern comfort AND share all the thrills with three lucky companions.

All in all, a total of just 524 production models in both left and right-hand drive were built and trimmed by Pininfarina and finally assembled at Maranello between 1972 and 1976.

The eye-catching example offered here in Bianco Polo Park over Blue leather interior is Australian delivered, sold new on 5th August 1974 by W.H. Lowe Automobiles in Victoria. Having undergone a restoration in 1992 in Melbourne and much more recently and extensively just in 2021, this drop-dead gorgeous Ferrari is the classic Italian supercar you can take for that perfect weekend drive AND fit the family in while you’re at it!
Click to access the login or register cheese
Send this to a friend