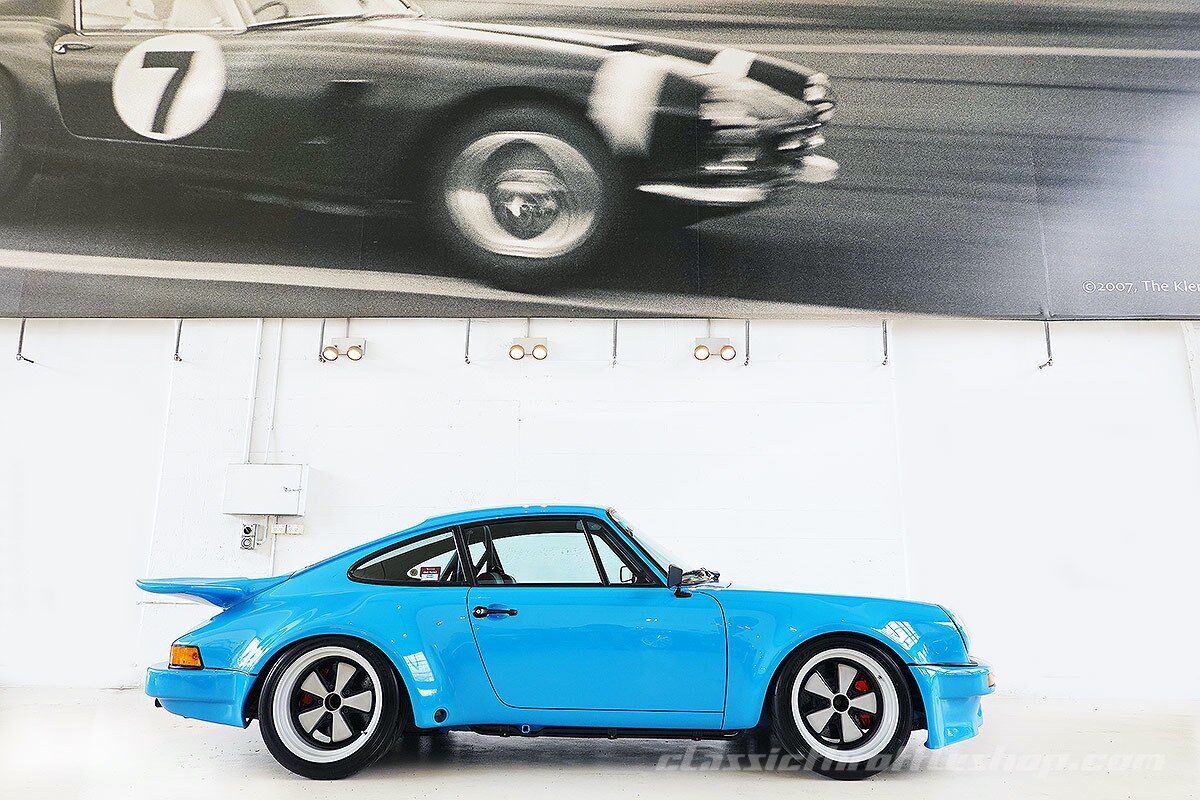 Just starting up this specially built motor is an experience in its self. The feed back from the steering wheel is spine tingling and shifting up through the gears feels like winning the Soccer world cup. But then when you press the accelerator pedal all the way down, the explosion that comes out of the engine, through the cabin, through the driver’s seat and then out the tuned exhaust system releaes every single amount of excitement and passion you have ever had for sportcars, from inside of you.

In 1974 the International Race of Champions (IROC) was created. The concept was to have 12 drivers from different driving disciplines race identical cars to see who was the best. The first series was done using 1974 Porsche 911RSR's specifically designed for the purpose.

Each car was painted in a unique colour, to take advantage of the fairly new colour TV's in peoples homes.

Starting life as a 1976 Australian delivered 911 SC, the dream became a reality over 10 years ago, to build a very special race machine inspired by one of the best purpose built sportcars in the world. Painted in the unique Mexico Blue which George Follmer ran in the IROC series, the bare-shell assembly took a very careful 5 months by PR Technology to '74 IROC RSR specifications.

Firstly fitted with a new 400hp 3.8 litre, the car was used for motorsport & track day events while kept in stunning condition.

Years later it under went a second full body restoration by Auto Coupe, bring it back to a more road going focus but still keeping to its true identity as a race car.

A 3.2 litre 73/74 RSR spec motor is fitted. This has been built by Jerry Woods at JWE MotorSports in San Jose and is based on a ’76 short stroke 930 turbo case and crankshaft, putting out 350 horsepower. Also inside the engine bay is the slide-valve mechanical fuel injection fed by the period correct high velocity stacks, making the cost of the engine alone around the $150,000 mark.

Matching the featured IROC body is custom RSR coil-overs with Bilstein Comps to match Roger Penske’s IROC series cars. Being able to handle the aggression of this masterpiece is a series 1 GT3 split-system brake set-up.

This near authentic replica has a road legal roll cage & is road registered.

Just by viewing this car with your own eyes, you will sense in the air that you have witnessed a very special opportunity.
Click to access the login or register cheese
Send this to a friend