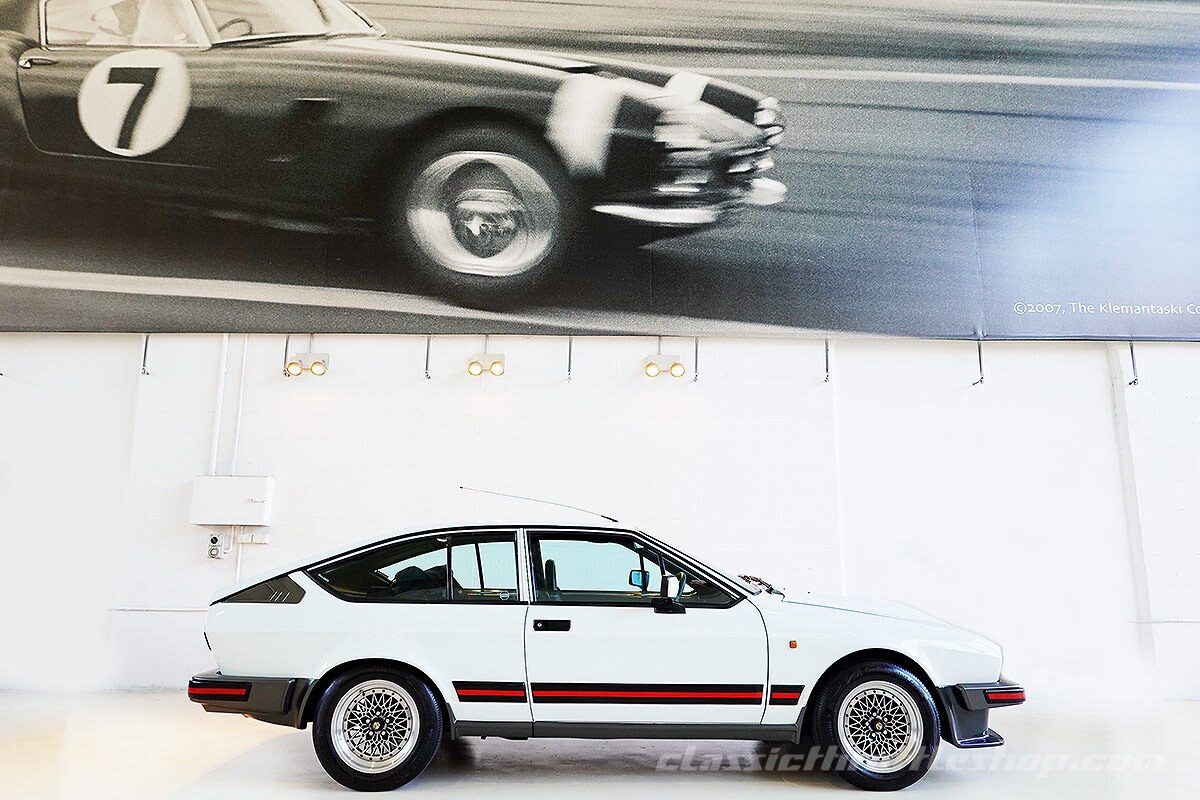 The year is 1983 and the strong rustic smell of Braai (South African bbq) smoke pours into the clear big blue sky, from hundreds of barbeques lined up around the glorious Kyalami Grand Prix Circuit. Boerewors sausages are sizzling away, bottles of castle lager are being opened and Group One Production race cars are being warmed up.

Lining up on the grid is Alfa Romeo’s new 3.0 litre variant of its already savage GTV6 making it the most powerful production sports car ever built by the ultra-experienced Italian marque.

This 3.0 litre GTV6 was a co-operative effort by Alfa Romeo South Africa and Autodelta.[26] The car was developed mainly for racing & Alfa only built 200 examples for homologation purpose. The special 3.0 litre was built in South Africa & was upgraded to keep the GTV6 competitive against the big BMW 535 in the SA Saloon Car Racing series.

It won the 1983 Group One International two-hour race in Kyalami. This was its racing debut. Then after that it took 1st and 2nd place in Group One class of the Castrol three-hour race in Killarney and its Index victory at the World Endurance Championship 1000 km Race back at Kyalami in December that year.

The rare & improved GTV6 has a 2.9 litre naturally aspirated engine with single overhead camshafts that develops 171 bhp (173 PS/128 kW) of power at 5800 rpm, and maximum torque of 222 N·m at 4300 rpm. A 5-speed manual 'box transmits the power to the driven rear wheels. With a stated kerb weight of 1138 kg, the Alfa Romeo GTV6 3.0 manages to cover the 0-100 km/h dash in 8.36 seconds and achieve a top speed of 224 km/h (139 mph). The stock Bosch L-Jetronic injection system was replaced with the 6-carburettor setup which breathed through an even larger bulge in the bonnet and large forward facing NACA air intake duct. The positive adjustments to the chassis were lowered and stiffened suspension and wider Pirelli P7's (205/50 VR 15's) on Compomotive sectional alloy rims.

Tremendous to see available to the market is this restored and immaculate example. The machine on offer has been through a comprehensive restoration over recent times in Australia by a very experienced motorsport engineering establishment. This GTV6 3.0 litre would have to be the best one in the country. The collectable comes with a all documents & records of the work carried out. Just by looking over this example, you will see the high level of care & professionalism that has gone into the restoration.
Click to access the login or register cheese
Send this to a friend