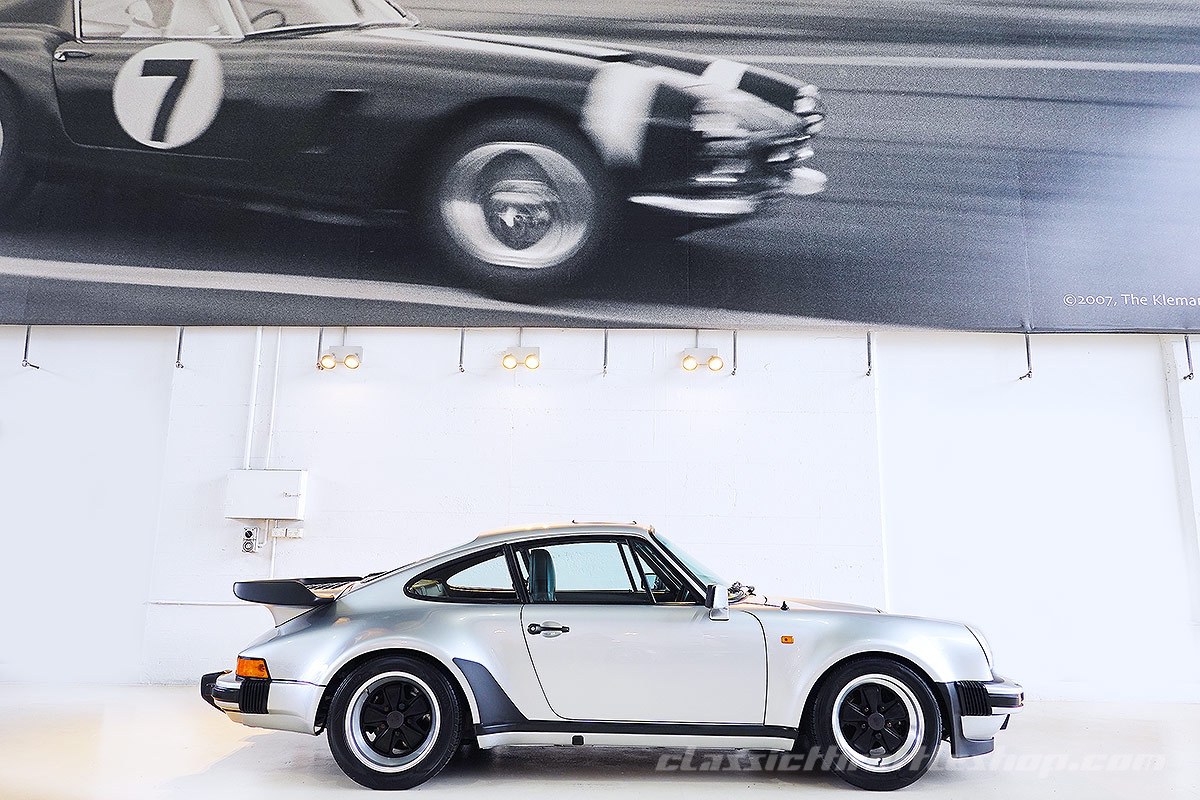 An engineer’s car, developed from a racer and one of the most raw and unbridled sports cars Porsche owners could sink their teeth into, the 911 Type 930 Turbo was and will continue to be a sports motoring legend.

Designed by Ernst Fuhrmann to be Porsche’s Halo car, the 930 Turbo was produced from 1975 through to 1989 and constantly evolved over its 14-year production run with the final incarnation released in 1985.

The pinnacle of Type 930 evolution featured all the trimmings including the iconic whale tail, flared wheel arches housing wider Fuchs wheels, upgraded Pirelli tyres, a sunroof as standard and a small boost gauge incorporated into the tachometer.

All of this atop its already industry leading 4-Wheel Independent Suspension, 4-Wheel Disc Brakes, leather upholstery and electric windows, Bosch Fuel Injection and a whirring, churning flat-six engine pumping out a whopping 300hp (in Euro Specification) earnt it Paul Frere’s seal of approval as the best sportscar of its day.

Surviving the ravages of time available here is an incredibly rare and unfettered find.

Australian delivered, numbers matching and travelled a documented 96,069 kilometres this Silver Metallic over Chocolate Brown leather Porsche 930 Turbo was built in January of 1985 with a full complement of factory options including power windows, central locking, rear wiper and sunroof.