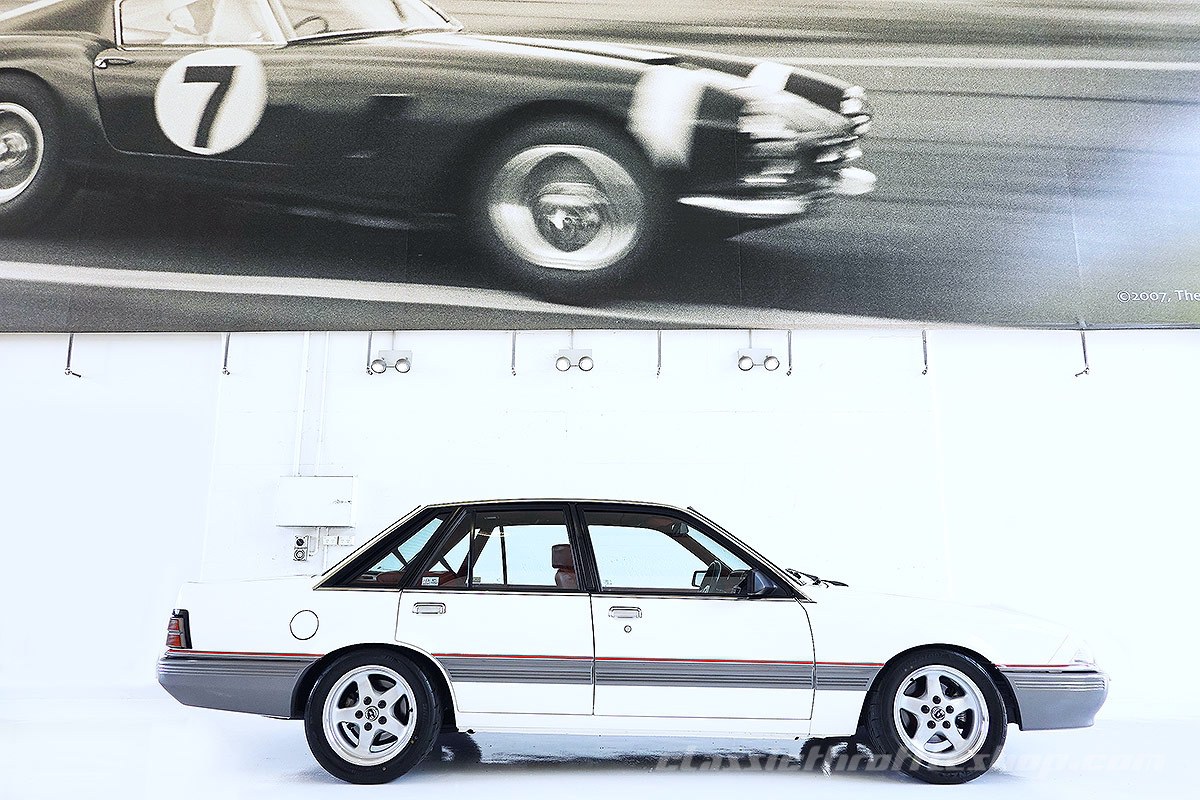 The VL Commodore was a combination of Australian, German and Japanese engineering that unexpectedly captured the nation. It was the final iteration of the first generation Commodore and brought with it unleaded fuel and an ”economic rationalisation” with cross platform engine and body sharing arrangements between manufacturers, in this case Nissan’s and their 3.0 EFI power plant.

While the prospect of Australia’s beloved family car being powered by an imported Japanese engine was first greeted with derision, the prospect of smooth performance and a turbo variant also, soon won the hearts of loyal lion tamers across the country.

Putting aside the emotion involved in Holden's ceasing production of six cylinder engines after 38 years (not an easy thing to accept for many people who still consider it Australia's Own) the result was a quieter, smoother, more economical car with superior performance. For many people that was enough and didn’t care or know what the motive power behind their new car was, or where it came from.

In addition, the VL Commodore received a major facelift, new transmissions, the first real interior-lift since the Commodore was released in 1978 and significant modifications and improvements to the suspension and chassis. The Commodore range was restricted to just the new engine with either five speed manual gearbox or the four speed automatic transmission (both of which are imported from Nissan in Japan) regardless of model level.

Whilst performance and efficiency seemed to be on point, something was still missing…. because a market without an Aussie V8 was a dire set of circumstances.

After shelving their V8 rather than adopting to unleaded petrol, public outcry spearheaded a campaign – V8’s til 98 – persuading Holden to continue its production. In a press release, Holden said “The locally made 4.9 litre V8 engine isn't dead, however, but will be reintroduced in lead-free form in September, and a turbo six a little later”

The result was a true blue, fair dinkum V8 Commodore that delighted fans and owners once again and the balance restored.

In store now we have a very rare 5.0 litre Commodore in Berlina trim and amazing collector condition. Finished in Alpine White with Madeira trim- and matted to a 3-speed automatic it benefits from some subtle upgrades including Brock velour interior and HSV mag wheels. As a matching numbered and code correct example, complete with production board data card, two keys owners handbook and period brochures, it is definitely the right car for the discerning collector.

Almost impossible to find in this condition and configuration, examples like these rarely are offered. Don’t miss this one.
Click to access the login or register cheese
Back
Send this to a friend