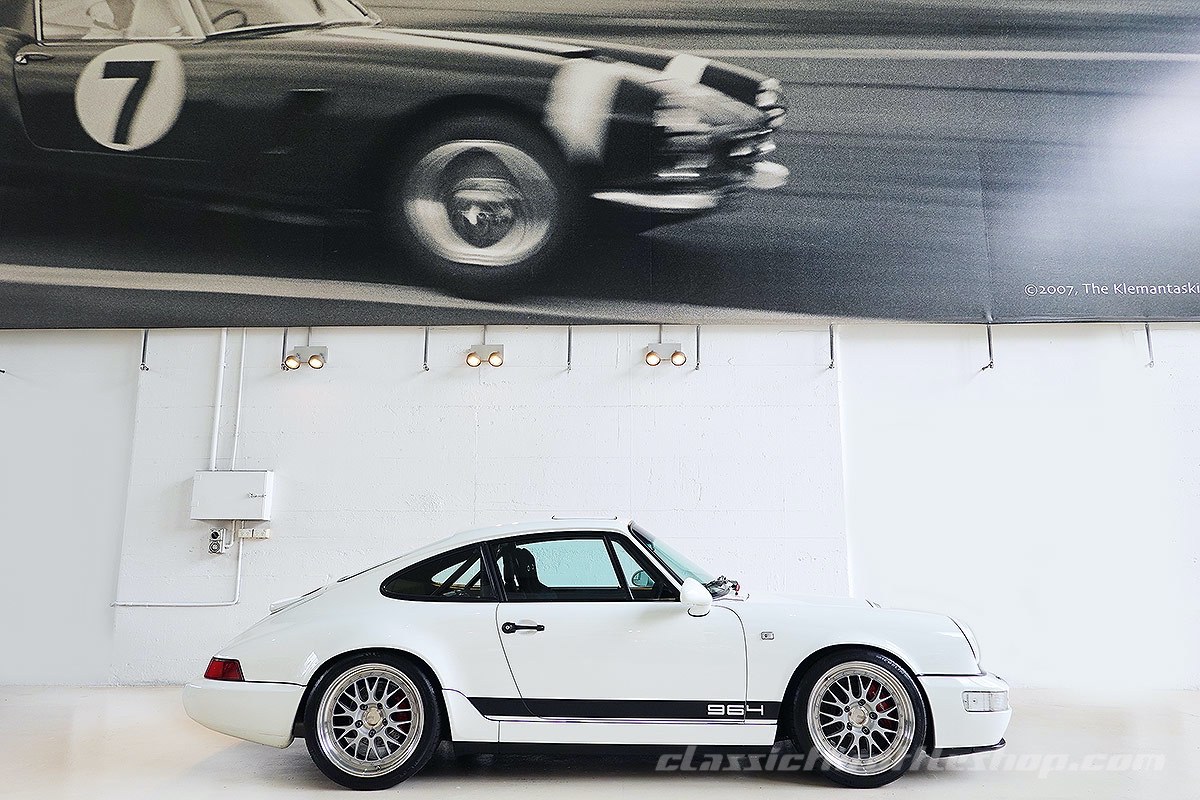 When the 911 Type 964 was first brought to market, Porsche was keen to emphasise that, although it was patently still a 911, it was in fact 87% different from the outgoing model.

The new 911 design featured more integrated bumpers and a host of mechanical changes, most significant of which was the availability of four-wheel drive.

Displacement was raised to 3600cc, producing an impressive (even by today’s standards) 250hp, power steering and ABS brakes were now fitted as standard and the old torsion bar rear suspension was replaced with coil springs and shock absorbers. Careful attention was also paid to aerodynamics with a reduced drag coefficient down to 0.32, and with virtually zero lift stability and road holding at high speeds was greatly improved.

The car offered however has been maintained, cared for and specially built by two of the most renowned Porsche specialists in Sydney over the past 10 years. It is a genuine Australian delivered 1990 model year 911 Carrera 2 Manual still with its original engine.

The suspension has been completed uprated to fully adjustable, 993 drilled disc brakes have been installed along with 3-piece lightweight BBS wheels, RS style front nostrils, Recaro Bucket seats with 5-point race harnesses for both driver and passenger, rear seats delete, LED rev gauge in conjunction with the original analogue tachometer and a kill switch installed both located in the exterior and interior.

Meticulously cared for this 964 has been the subject of a recent complete engine rebuild in May this year and it was converted to 3.8 litres producing just over 300 HP.

Whilst the ride is firm, but definitely not rock-hard offering plenty of perks to its handling but soft enough to enjoy Sydney suburban roads, the 3.8 litre engine is where this car excels most. Still with plenty of low-down torque its around 4,000 rpm when the cams kick in and the real excitement starts. All you have to do is wind down all windows and open the sunroof to hear that flat-six cylinder howl all the way up to 7000 rpm.

Set up for either escaping civilization over a weekend beelining for those winding country roads, track days or even entering a local Targa event this fantastic 964 won’t disappoint.
Back
Send this to a friend