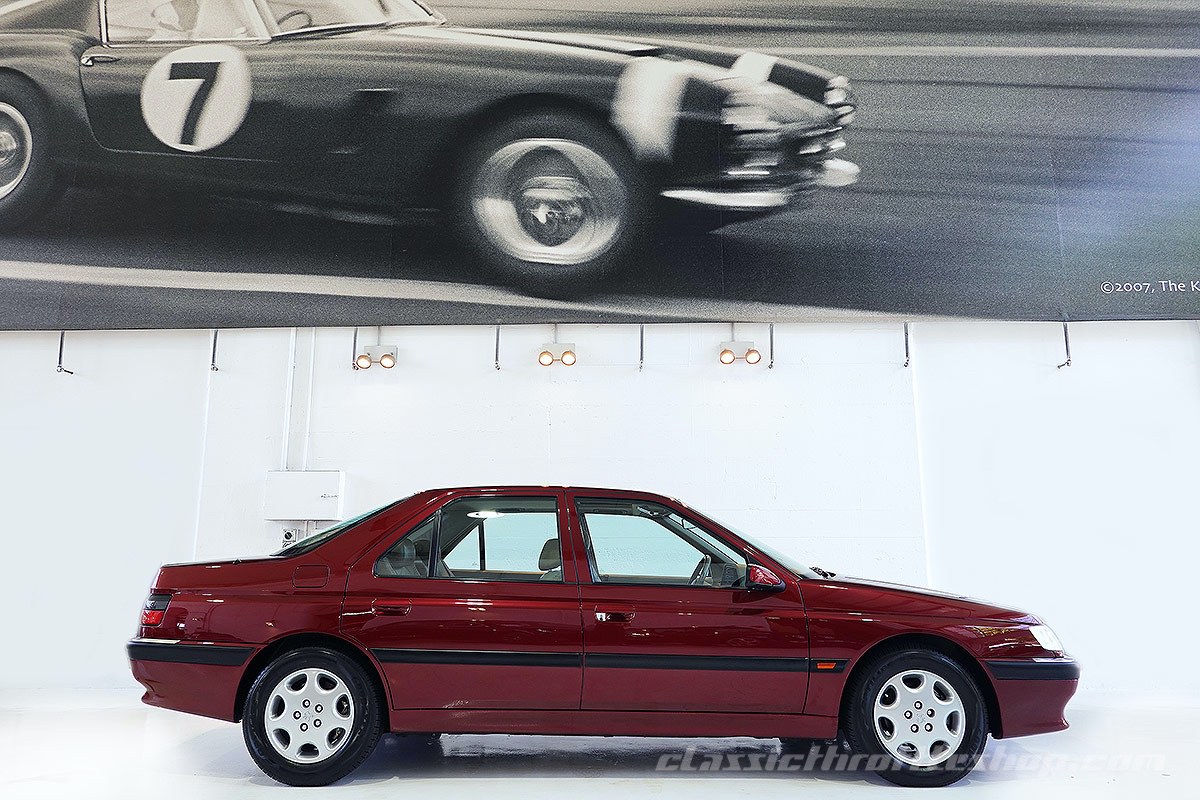 The presentation of the Peugeot 605 was held in the autumn of 1989 at the Frankfurt Motor Show, but only 1990 came onto the market. The predecessor of this model is the Peugeot 604. The 605 inherited from it the platform, though not in its pure form, since the previous version was rear-wheel drive, and it was decided to equip the Peugeot 605 with front-wheel drive. Then, in the early 90s, the car became the largest model of the French company. The main highlight of the Peugeot 605 was the revolutionary principle of the layout of the body - with the passenger compartment slid against the front axle. A large wheelbase has a positive effect on the smoothness of the ride, placed closer to the centre of the car, passengers on uneven roads experience less inconvenience, and the rear wheelchairs removed from the passenger compartment allow you to install the rear sofa a few centimetres lower, which increases the space above the heads.

The design was developed by Studio Pininfarina, which managed to make the appearance of the 605 model quite interesting and bright. The body has excellent anticorrosive protection because all iron has double galvanization. The Peugeot 605 is spacious and can comfortably accommodate five people. Even with fully retracted front seats in the back of the couch, you can sit with your legs crossed. Ergonomic performance is also high. The car also has a roomy trunk of 500 litres, which is also extremely easy to load due to its low board.

Four years after the debut, the Peugeot 605 was upgraded. Restyled models have become more reliable. The level of passive safety has increased, and the list of additional equipment has increased. The car received a slightly modified rear lights, bumpers, and a different grille.

Thanks to all these features of the suspension device, the “605” was distinguished by excellent smoothness and reliable stability on the roads.

The car offered is an incredibly rare Peugeot 605 SV 6 cylinders travelled only 23,863 kilometres and has been delivered new in Melbourne in May 1995.

This Peugeot 605 Phase 2 was owned by the dealer principal of Regan Peugeot in Melbourne until the franchise was sold in 2020 and then went to private collection in Melbourne and in Sydney.

The drive is also on the button. Known for having the best chassis on the market at that time, with no expense spared this car still stops, turns, and goes like a new car.

Coming with its complete original book pack with brochures, original owner manuals and service booklet there wouldn’t be another example like this available. Excellently prepared and freshly serviced, this affordable modern cult classic is available for sale. 1 of only 48 Peugeot 605 available in Australia and maybe one of the best in the world.
Click to access the login or register cheese
Send this to a friend