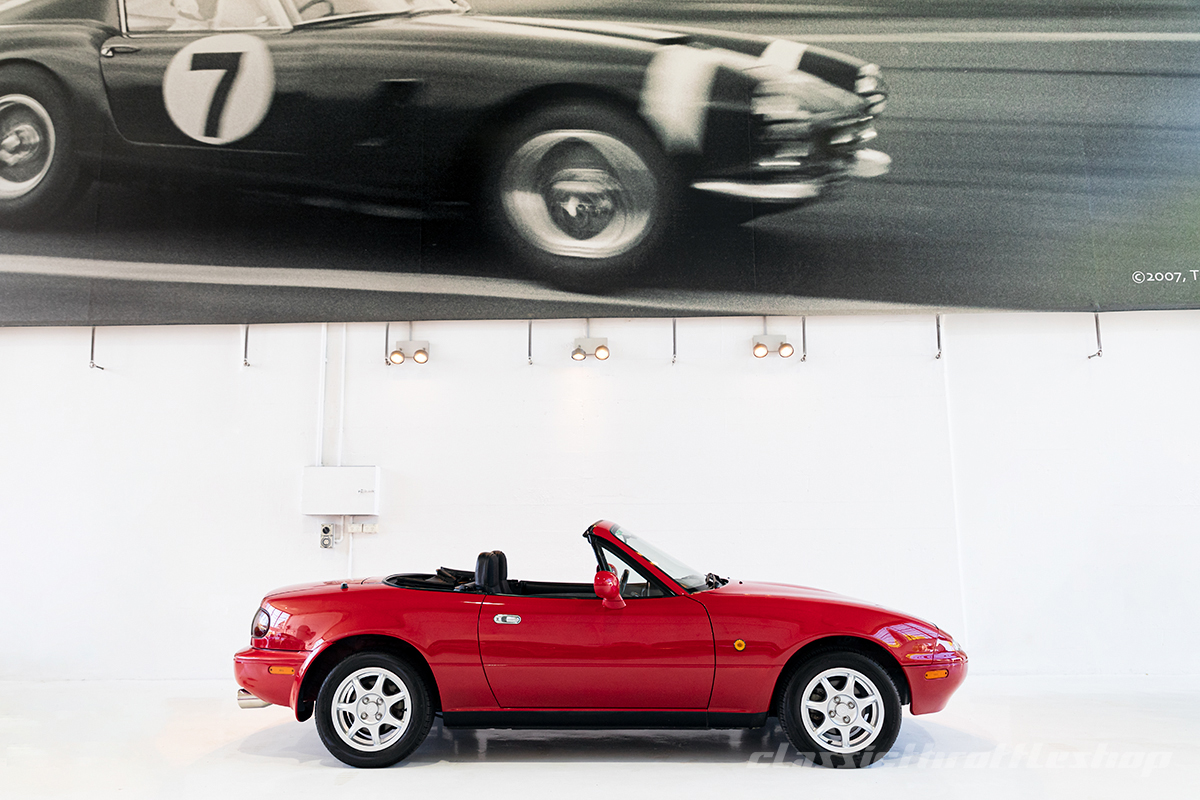 The idea of one of the greatest pocket rocket sports cars created happened in 1978 during a conversation between Mazda’s then-chief engineer Kenichi Yamamoto Bob Hall, an Automotive editor.

Hall planted a seed in Yamamoto-san’s brain by suggesting that Mazda should try its hand at a simple, affordable, sports roadster. Three years later, with Yamamoto as Mazda’s president, Hall joined the product-planning department and the journey towards developing one of the most purest sports cars began.

Mazda had three main design centres in the 80s (Hiroshima, Tokyo, and a brand-new studio in Irvine, California) which were in direct competition with each other over what the MX-5 roadster should become. Ideas stretched from ultra-modern and front-drive (Hiroshima), much like the new Honda CRX, to mid-engined and rear-drive (Tokyo), like Toyota’s MR2.

The Californian team, however, stuck to Hall’s original principle of a lightweight, front-engined sports car with rear-drive, which became the winning formula in 1989.

Here at the Classic Throttle Shop, we are large enthusiasts of thoroughbred sportscars and are proud to present as part of a large collection of Miatas, this impressive first-generation MX-5 roadster. With its 115 hp revvy 1.8 litre power plant nestled in a light-wight skeleton chassis inspired by the Lotus Elan, our Australian delivered roadster presents in exceptional condition.

The MX-5 was purchased new in November of 1996 from Mazda Brighton Victoria by a Miss Jennifer Reid. Like then, the whole car is still in original specification with no changes or modifications made.

Inside the original Mazda wallet is the owners manual with delivery slip, warranty card and service book correctly stamped every 10,000 kms or less with half of the services carried out by Mazda Service Centre.

Everything about this NA series car is just right, from the 3-point Momo-steering wheel to the older-style Mazda badge on the front nose. The paint condition is crisp and the interior along with the soft-top is extremely tidy. The engine note is perfect and the suspension is tight, one flick up the gears and you will be hooked. The series 1 MX-5 is perfect investment for the summer with the appreciation to go with it.
Click to access the login or register cheese
Send this to a friend