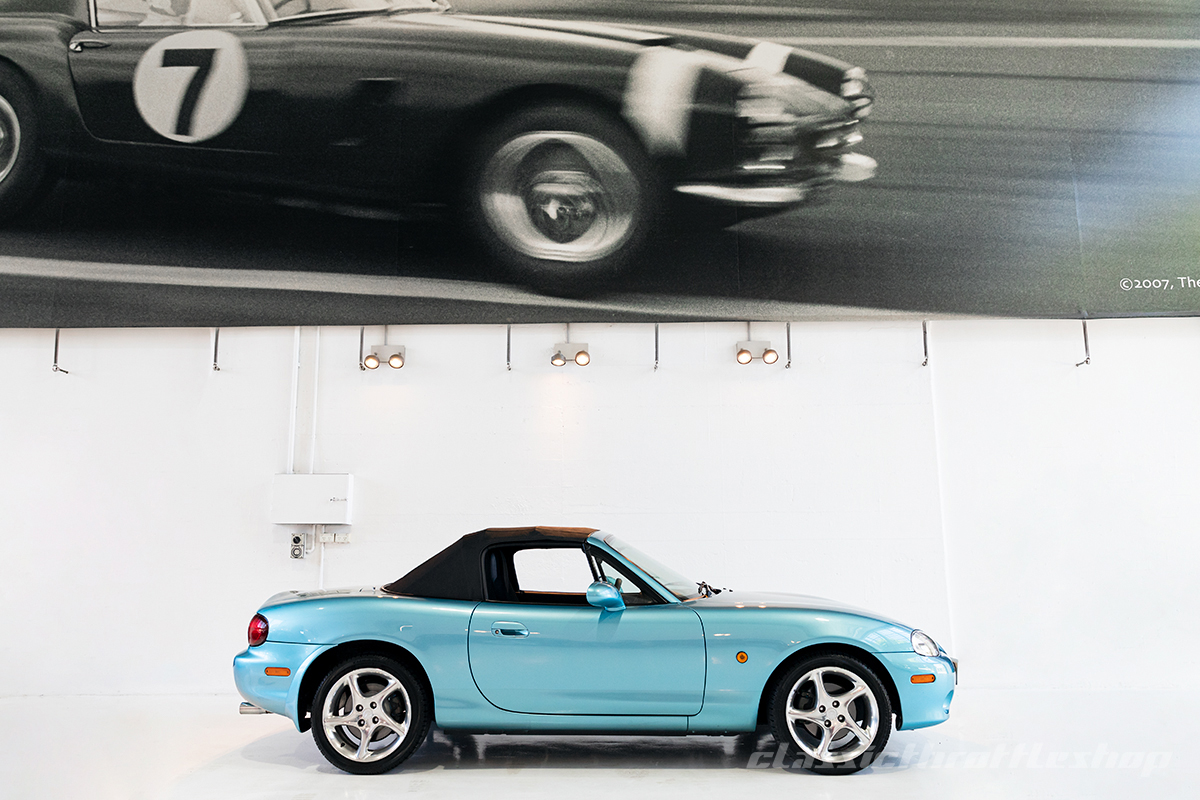 It's the Tokyo Motor Show in 1997 with all eyes on the Mazda stand as the much anticipated second generation of MX5 is set to be revealed. Will the new NB model live up to the perfected recipe of the NA that left the whole world grinning? .

If you go by the articles that flooded the magazines in the months following the answer was a big yes. Gone were the pop up headlights in favor of a more mature fixed unit, the sleeker looks didn’t stop there with the whole car being refined with minor tweaks such as a stronger lip along the bootline, new look rear lights, integrated door handles and a refined interior.

It wasn’t just the looks that had been refined, the little 1.8 had been tweaked to make the NB feel noticeably more nimble and spritely instantly becoming the choice for track days among many enthusiasts.

Here at the Classic Throttle Shop, we are large enthusiasts of thoroughbred sports cars and are proud to present as part of a large collection of Miatas, this impressive second-generation MX-5 roadster. With its 142 hp revvy 1.8 litre power plant nestled in a light-wight skeleton chassis inspired by the Lotus Elan, our Australian delivered roadster presents in exceptional condition.

With only 14,107 kms on the clock this survivor car is definitely one for the collector or an enthusiast who wants to experience what it was like to drive an NB off the dealer floor in the early 2000’s.

Specified in a beautiful Crystal Blue this MX5 was delivered new by Eurocars in Artarmon on the 20th of March 2001.Inside the original Mazda wallet is the owner's manual with delivery slip, warranty card and service book.

Owned and kept by a top MX-5 collector, the car has been very well looked after and maintained correctly. Ever becoming rarer are MX-5’s in original near new condition. One that you have to see to believe this little roadster is ready to take you for that perfect summer drive on your favorite twisty road.
Click to access the login or register cheese
Send this to a friend