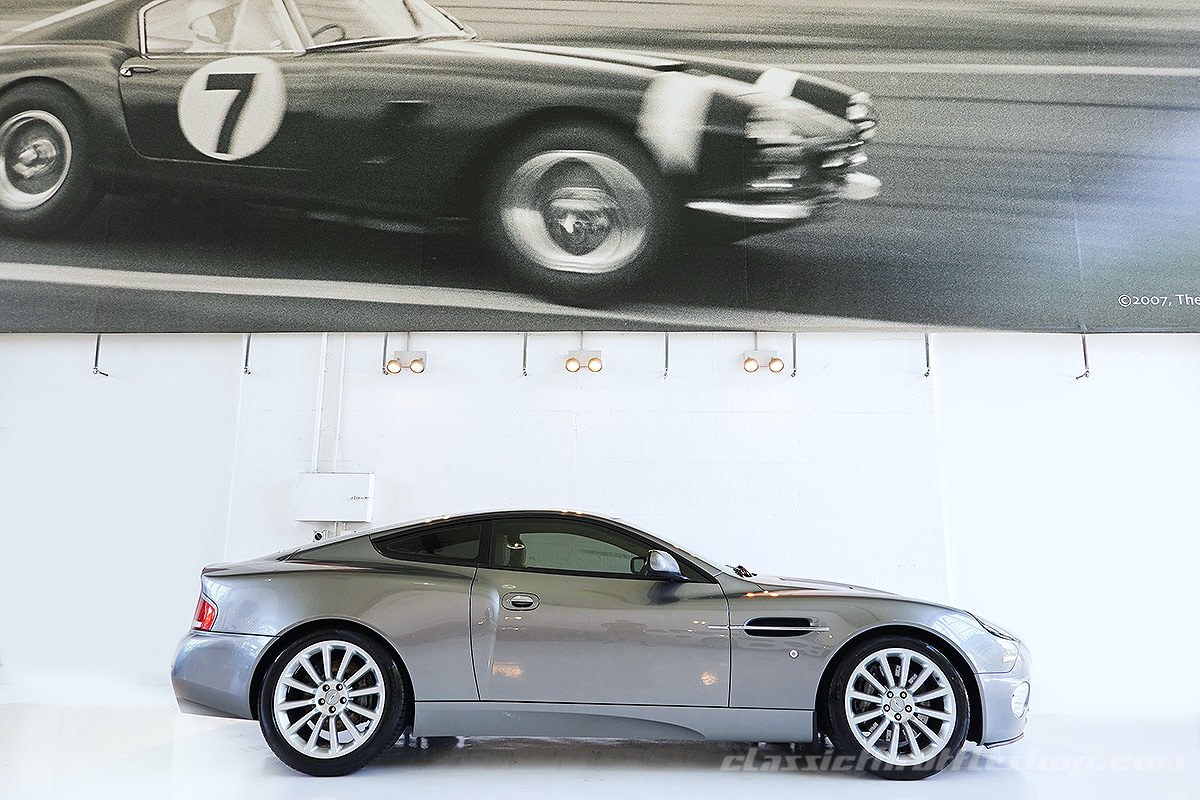 In 2001, the glorious Vanquish returned to Aston Martin's line up to compete directly with the contemporary front engine Ferrari. Ian Callum's handsome design is aging incredibly nicely, as is that wonderful naturally-aspirated V12 powerhouse. These cars are rapidly coming into their own as damnably seductive modern collectables.

The Vanquish was the last extensively hand-built Aston and the last to come from the old Newport Pagnell works, which to some makes it the last ‘real’ Aston. Not that it’s a dinosaur, mind you. In many respects it was also the first of the new-era Astons. The first to be launched under the stewardship of Dr Ulrich Bez, and the first to be built around a structure of extruded, bonded aluminium and advanced composites.

And then there is the 460bhp 5.9 litre V12, a Cosworth-led evolution of the engine that had first seen service in the DB7 Vantage. It endows the Vanquish with suitably vivid performance – 0-100km/h in under 5 seconds, a top speed of around 300km/h and a rousing soundtrack to match – while the stiff platform and beautifully controlled suspension give the Vanquish a light-on-its-toes demeanour that is a true revelation after the previous supercharged Vantage flagship. And all clothed in a body of undeniable muscularity and ‘presence’, Ian Callum’s first clean-sheet Aston design.

For those in the know, the Vanquish proves itself to be the true all-rounder; with a tremendous warmth of character and a delivery that grips you from the moment you press that big red starter button, and it never lets you go. As when new, its charisma cements its place as one of the great Aston Martins.

This stunning example is finished in Tungsten Silver paintwork over Charcoal and Ivory and has travelled an unbelievably low 3,900 kms from new! A few of the vehicle’s more desirable options include 19”alloy wheels, exclusive Linn entertainment system, Aston Martin car cover and Tyre Pressure Monitoring System.
Click to access the login or register cheese
Back
Send this to a friend