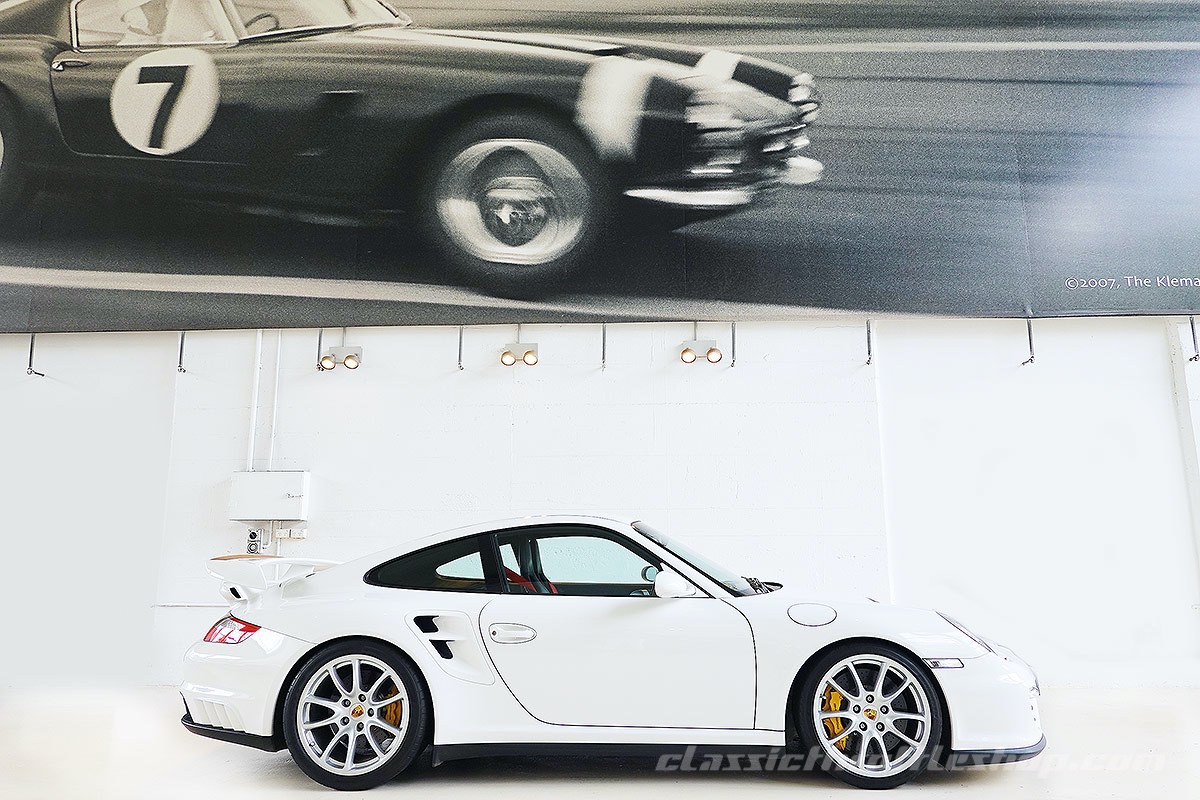 The fabled street-legal ‘Widowmaker’, the Porsche 911 GT2 has always been a legend in its own right that no 911 enthusiast is complete without having experienced.

With the launch of the first generation in 1995 now worth well in excess of 7 figures, the GT2 has earned a reputation for being tough to master but insatiably rewarding right from the beginning due to its blistering performance and demanding, some would say driver centric driving experience.

With the introduction of the 997-generation GT2 in 2007, Porsche offered its customers a staggering 530 hp from the famous Metzger twin-turbo 3.6-liter flat six-cylinder engine, which made it the most powerful road-legal 911 ever produced at the time.

A raw, pure and incredibly exciting car that only came with rear-wheel drive, a manual gearbox and limited driver-aids, the 997 GT2 sprints from 0–100 km/h in just 3.7 seconds and reaches a top speed of 329 km/h.

Producing 50 hp more than the 997-generation 911 Turbo thanks to its bespoke expansion-type intake manifold and titanium exhaust, the GT2 was a literal supercar.

For those customers who wanted more, the ultra-desirable Clubsport package (M003) was made available, featuring a number of track-oriented optional extras, which included carbon fiber sports seats trimmed in Alcantara, racing harnesses and a roll cage.

Offered here is perhaps the best of its limited kind in the country- A 2009 Porsche 911 GT2 with optional Clubsport Package delivered new by Porsche Centre Willoughby, ordered in Carrara white over Charcoal Alcantara trim with just 26,000 kilometres recorded.

In as new condition throughout this rare car is one of less than 30 that landed here from Porsche Cars Australia and features a flawless service record, the last major service completed just 2,000 kilometres ago.

With its exhilarating performance, storied pedigree, market leading condition and low kilometres, this remarkable and totally original 997 GT2 is ready to thrill its new owner in the years to come.

So tightly held, it’s rare to have such a collectable car offered to market.
Click to access the login or register cheese
Send this to a friend