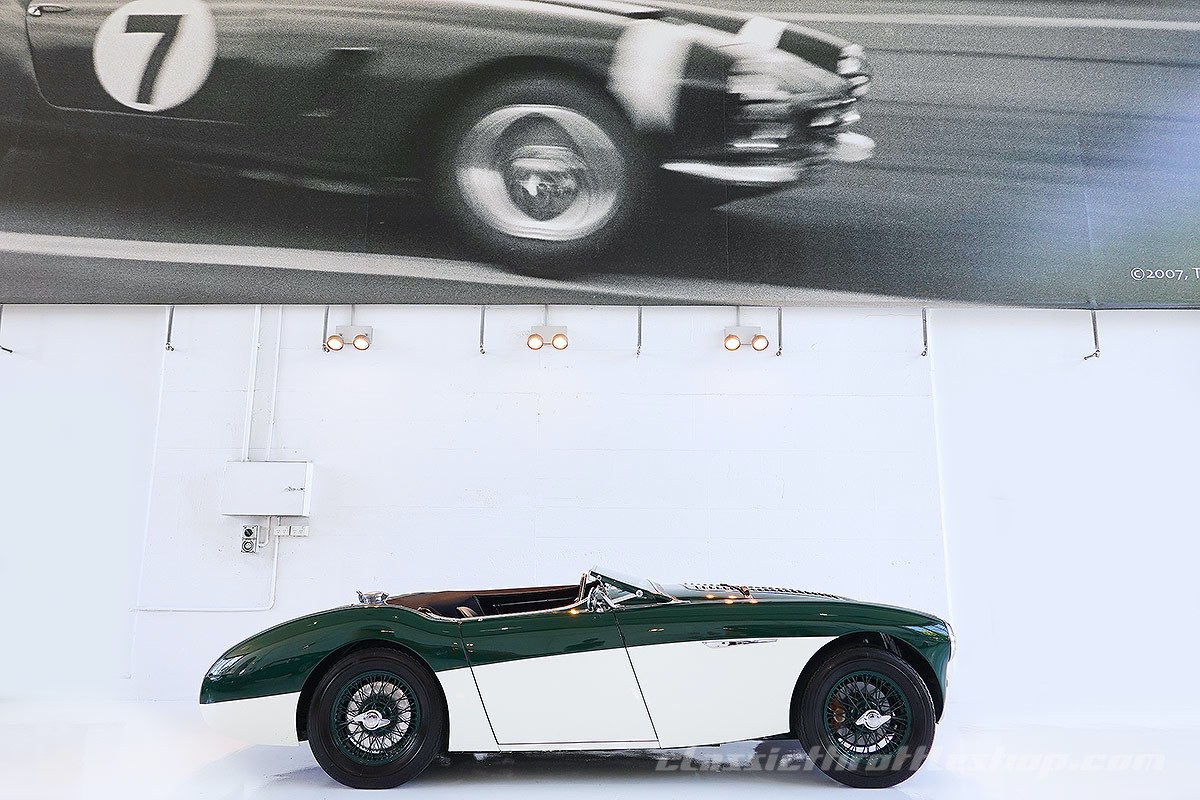 In 1953 three special Healeys were produced to successfully compete in the Mille Miglia and Le Mans. Following this, Austin Healey offered a upgraded road-car known as the 100M. The package mainly consisted of engine modifications which raised power from 90 to 110 bhp and exceeded the performance of the later six-cylinder models.

To achieve this modest power increase a high-lift camshaft was fitted, along with larger carburetors, higher-compression pistons, a free-flow intake manifold, a special distributor and a cold air box.

Other upgrades included larger anti-roll bars, while the louvered bonnet was retained by a Le Mans-specification leather strap. When production ended on July 16, 1956, just 640 examples of the 100M were built at the Healey factory. These are distinct from the Le Mans kit that was available to upgrade cars at the dealer or elsewhere.

Presented here is a factory assembled and spec’d 100M which is only 1 of 5 which were delivered new into Australia. Freshly finished in Florida Green over Old English White, Diana Hemmingway took delivery of the car in Victoria in 1956. Having exchanged hands only a couple of times including Australian Rally champion Bob Watson, the machine become a competitive competition car racing all over the country.

The 100M was then purchased by the Sanderson family were it underwent a significant restoration to bring it back to the high standards after many years of racing. The rebuild was with competition use in mind, however when it was completed it was never to see a racetrack again.

With all parts sourced from internationally renowned Denis Welch Motorsport in the UK, the following work and upgrades were carried out:

The car comes with a file full of beautiful history like 100M registry certificate, Old CAMS log books, heritage certificates and photographs of its early racing history.
Click to access the login or register cheese
Back
Send this to a friend