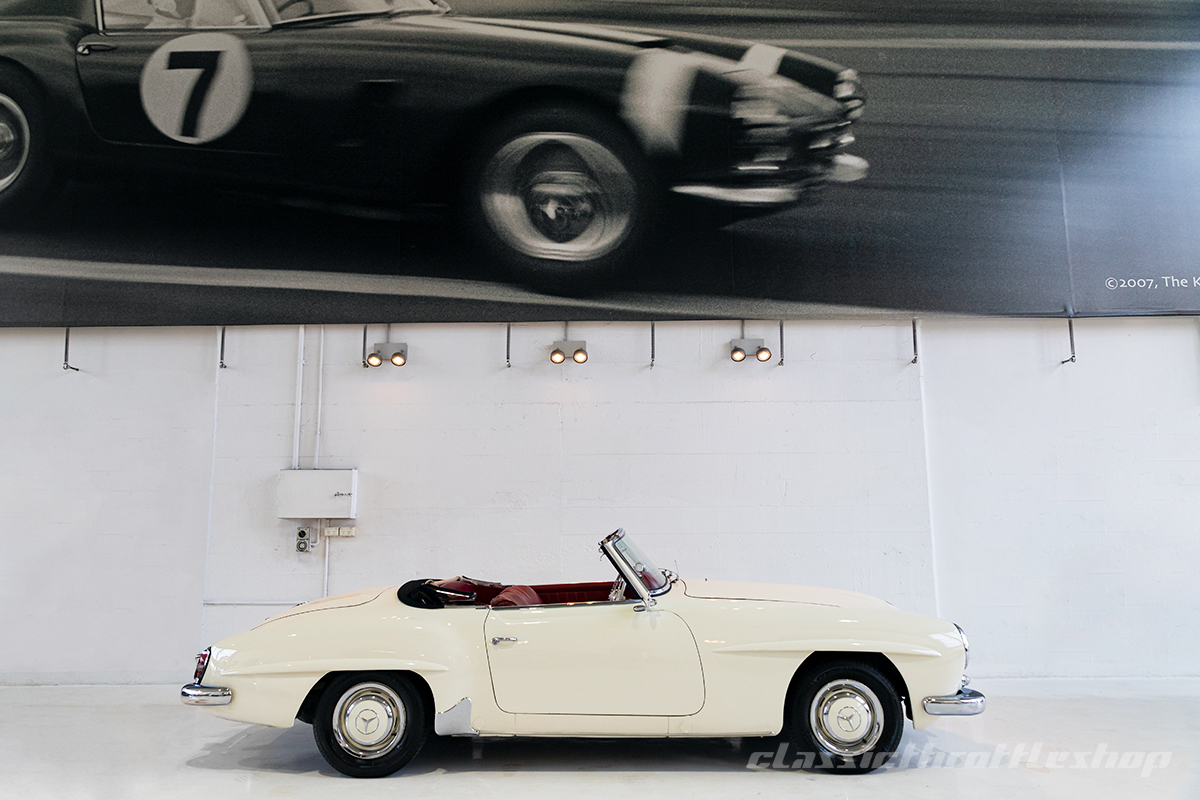 First shown as a prototype at the 1954 New York Auto show the W121 Mercedes-Benz 190SL stunned the crowd with its elegant proportions. Presented as an attractive, more affordable alternative to the exclusive Mercedes-Benz 300SL the 190SL shared many aspects of it's big brothers styling and engineering including the revolutionary fully independent suspension.

Powered by the then new, straight four engine that was also derived from the big brothers 300SL straight six gave it a punchy 104HP. Coupled with a fully synchronized transmission it was leaps ahead of other competition giving the driver an uncompromised open top driving experience.

Seldomly offered before us we have a blue-chip example of the W121 SL Roadster. Originally delivered to Malaysia, then subsequently shipped to New Zealand in 1965. Once in New Zealand the 190SL was held by one family for over 25 years ensuring it was kept in the immaculate condition it's been presented in today.

Delivered with an array of history and documents spanning from Malaysia to New Zealand gives this international 190SL an unrivaled provenance and makes this already rare and desirable classic something extra special.

Behind the wheel, every conceivable detail, the cockpits switchgear, the beautiful colour matched steering wheel and flawless gauges makes any journey an occasion.

The car is surprisingly nimble and peppy, the straight four loves to rev with the feel through the wheel while driving 100% organic making the overall atmosphere totally engaging and never boring.

What is a highly collectable and exquisitely presented 190SL makes this car perfect for any collection. Lovingly owned by its previous owners this roadster would make the perfect addition to any garage or established collection and is not to be missed.
Click to access the login or register cheese
Back
Send this to a friend