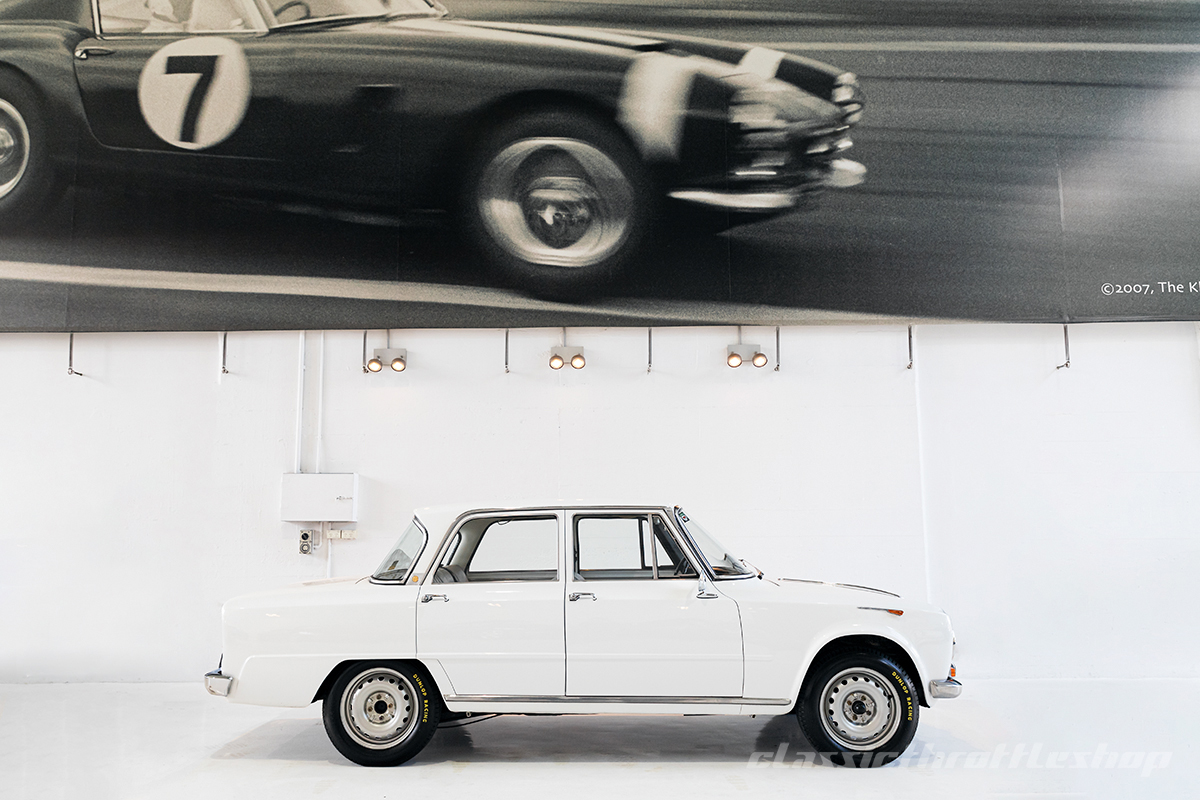 Alfa Romeo has been tugging on the heart strings of car enthusiasts for generations. We’re not sure where the origins of the term ‘super saloon’ comes from, but we don’t think it's a coincidence that Alfa Romeo’s flagship Saloon in the 60’s was called the Giulia Super.

Police and villains have both been known to favor the Giulia Super and you can see why. A peppy twin-cam fully aluminum 4 cylinder mated to a 5 speed gearbox to get you off the line and then 4 wheel disc brakes that offer excellent bite to help you stop at the other end… All this from a car you can fit the whole family in.

Not just one to perform on paper, the Giulia has been seen chasing protagonists on the big screen for decades, its claim to fame being a chase scene involving 3 Mini’s through the streets of Italy, if the crazy stunt scenes aren’t already springing into your mind, do yourself a favor and go watch the Italian Job.

Despite its upright cubist form the Giulia Saloon had one of the most aerodynamic shapes ever bestowed on an automobile. Not even its much sleeker Bertone designed coupe sibling could compete with its drag coefficient of 0.34.

We are excited to bring to market this 1965 Giulia Super in its lovely hue Biancospino with chrome trim accents over Skai Nero Fumo interior. Sporty and mechanical with all the smells, sounds and textures that make sports cars from this purple patch of automotive engineering so great.

Offered with its ‘Certificato Di Origine’ from Alfa Romeo’s production register confirms it was built in Milano on the 20th of September 1965 and then delivered in Melbourne Australia in March 1966.

Fast becoming one of the world’s most desirable sports classics for its totally engaging drive and elegant, iconic design, this Alfa Romeo Giulia Super isn’t just one for the collector, this is the car that gets you up off the couch to thread some winding weekend roads early on a Sunday morning.
Click to access the login or register cheese
Send this to a friend