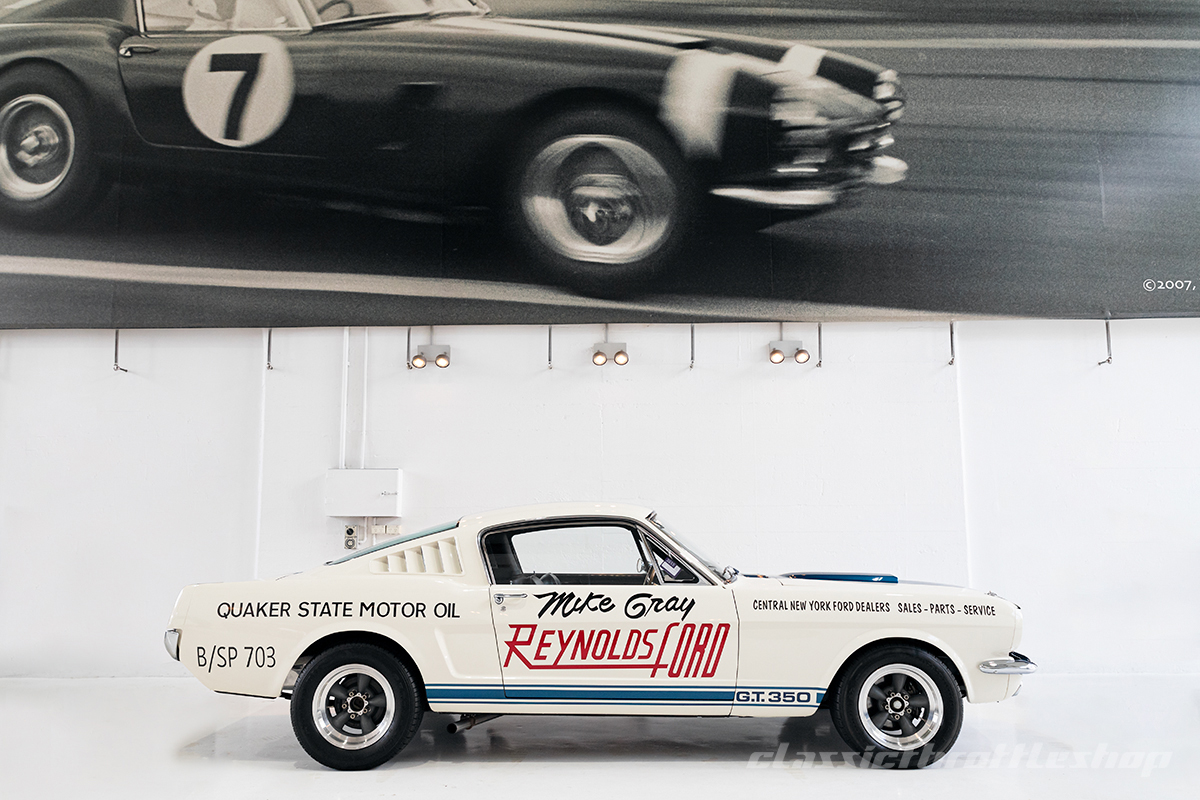 A Texan, a racer and a sportscar builder, Carroll Shelby joined forces with the Ford Motor Company in 1965 to create the ‘’father of muscle phenomenon’’, a tremendous version of the Mustang that was made to tear up the race track but also cruise the streets.

Finished exclusively in Wimbledon White (with optional Le Mans stripes), the GT350 intimidated any machine, with a fibreglass bonnet topped with a functional hood scoop, along with Kelsey-Hayes steel wheels.

The interior was dressed up with a special three-spoke Cobra steering wheel, dash-mounted tachometer and oil pressure gauges. Showing Shelby’s genius mindset, he moved the spare wheel into the cabin and ditching the rear seat, making the GT350 a two-seater allowing the car to compete in the sports car class at the time.

The 1965s are the closest to Carroll Shelby’s original vision for creating a street racer and now commands a premium over other models.

Once owned by the guitarist of Van Morrison Charles Brown, this special machine has continued to enjoy its early life in drag racing and autocross events across the States by passionate enthusiasts.

Many decades later, it was upgraded to GT350R specifications for vintage racing by a New Yorker. Later he had the car professionally restored to its original racing trim by the ultimate specialists ‘’Cobra Automotive’’ in 2012. This was also on behalf of a renowned Australian enthusiast.

The rear boot lid is signed by the record-holding Mike Gray who at the time held the lap records for drag strips around the American and Canadian land. After completion, the collectable was imported into Australia and joined one of the most famous Shelby collections, the Ian Cummin’ Collection.

Turning the ignition key to this monster is such an experience and even an achievement. The roar of the beautifully tuned push-rod V8 is unimaginable and when you squeeze the throttle pedal, it feels like the car twists and kicks up onto the two-back wheels. The side exit race exhausts make sure you are in constant conversation with the car, knowing its every thought and feeling. It presents as it did the day it left the restoration bay and it is the car for any true and serious collector.

All we can say is ‘what a machine’!
Click to access the login or register cheese
Send this to a friend