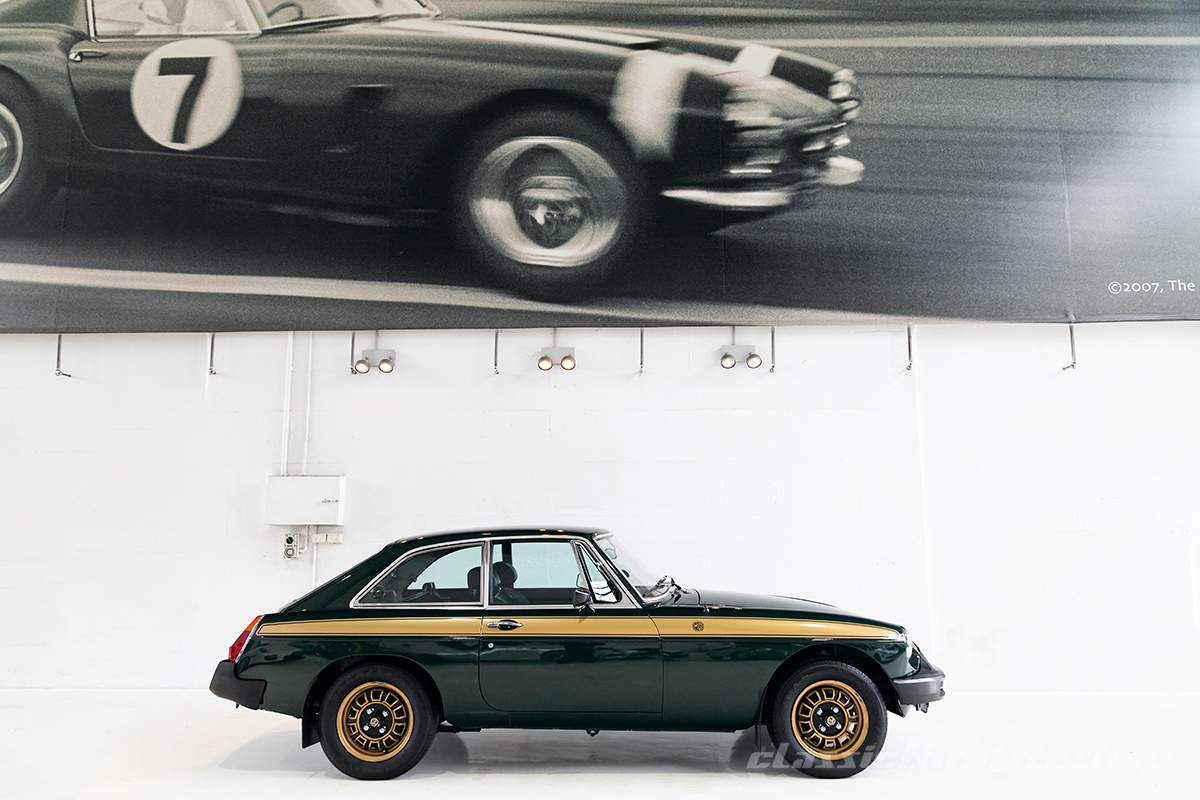 The MGB GT Jubilee was built in 1975 to celebrate 50 years of MG, it was decided that the Jubilee would commemorate the first MG sports car “Old Number One” and its hill climbing victories.

Resplendent in new racing green paintwork, the Jubilee had every available extra; head restraints, tinted glass, overdrive, heated rear window, and for the first time in a MG full carpet. The brightwork was all removed to avoid clashes with the large gold Jubilee decals, and the mirrors and wipers were painted black. To complete the new look the car was paired with V8 rims painted in gold and black, part of the reason behind this was the surplus supply due to extortionate petrol prices reducing V8 sales.

Travelling a mere 29,689 miles since new, and being presented for sale for the first time in 30 years, we are excited to present this beautiful Jubilee Edition MGB GT.

Even though it has had three custodians, the car has lived an eventful life, being bought new by Mr. Baylis in the UK with the Coventry plates “NAA828P”, it was used sparingly until 1979 when it was shipped to Sydney alongside a Rolls Royce, Bentley, Lotus and even a yacht.

Since landing in Australia, it has been owned by two MG enthusiasts, one for over 30 years who has ensured it has remained totally original. This time-warp example is something we’ve not seen before. From the patina in the paintwork to the preserved interior trim, spritely motor and agile drivetrain, this MGB GT is second to none.

Offered with extensive paperwork, we can track this vehicle and confirm its three-owner history.

A car like this with exceptional provenance, originality and local heritage rarely exists and would suit the judicious classic car collector or avid MGB enthusiast.
Click to access the login or register cheese
Back
Send this to a friend