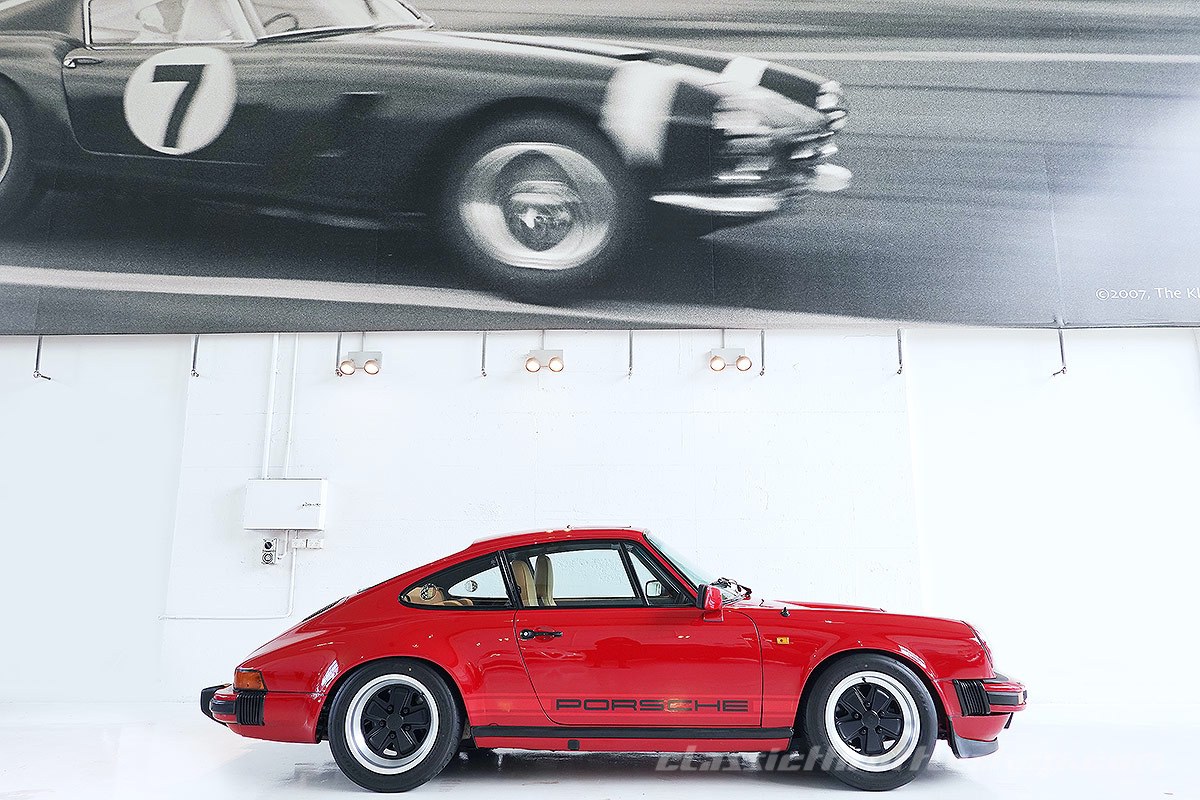 Among the last of the truly classic 911 models was the SC (Super Carrera), a landmark car within the celebrated history of Porsche built between 1978 and 1983, devoid of the electronic gizmos that increasingly found their way into Porsche's throughout the 1980’s and beyond.

The fastest naturally aspirated Porsche from 0-100kmh to hit the tarmac at the time, the 911 SC badge tells the enthusiast that the all alloy engine's displacement has been increased from 2.7 to 3.0 liters, there's a new oil-cooler hidden within the front fender and that its Thyssen zinc-coated galvanised bodyshell and use of high quality materials both inside and out have allowed the 911 SC to endure the ravages of time, making it one of the most usable, enjoyable and collectable Porsche’s today.

With plenty of power and torque available early, the 3.0 litre 911 SC has a smooth, sweet-revving character and a totally engaging drive.

These engines were also much more reliable than the 2.7 litre flat-six they replaced, and in 1981 horsepower was uprated from 180hp to 204hp, a big leap forward for a car that was even lighter than the later 3.2 911 Carrera.

We are excited to bring to market this extremely well sorted 1980 Porsche 911 SC which was originally delivered new through Hamilton’s of South Yarra in December 1980 in Guards Red.

This Porsche has been meticulously maintained its entire life by Porsche specialists in Melbourne and has travelled a genuine 287,500 kilometres from new.

A matching numbers car, today it is presented in a variation of Guards Red as per its previous owners wishes and was thoroughly overhauled from head to toe in order to make it the ultimate driver’s car which included rebuilding the 915 gearbox and re-valving its Bilstein Shock Absorbers all around.

A proper 911 enthusiasts’ car, aimed to satisfy the driver as soon as you open the door, it has been tastefully upgraded with custom exhaust system and airbox, 964 8-way Electric Sport Seats with its interior trim wrapped in Biscuit Bentley leather, it’s also had all new wiring replaced throughout the car, new sunroof motors, icy-cold air-conditioning system, new headlining, upgraded torsion bars and tasteful Rennline products installed throughout the car.

Accompanying the car are all of its original log books bound within the vinyl Porsche stamped wallet, both Porsche keys and receipts for all major and minor service works. It also comes with all of the original interior trim items, steering wheel and engine airbox.

Since 2020, this special 911 has been in watching distance of the Classic Throttle Shop and we are very excited to pass it on to the next proud owner.
Click to access the login or register cheese
Back
Send this to a friend