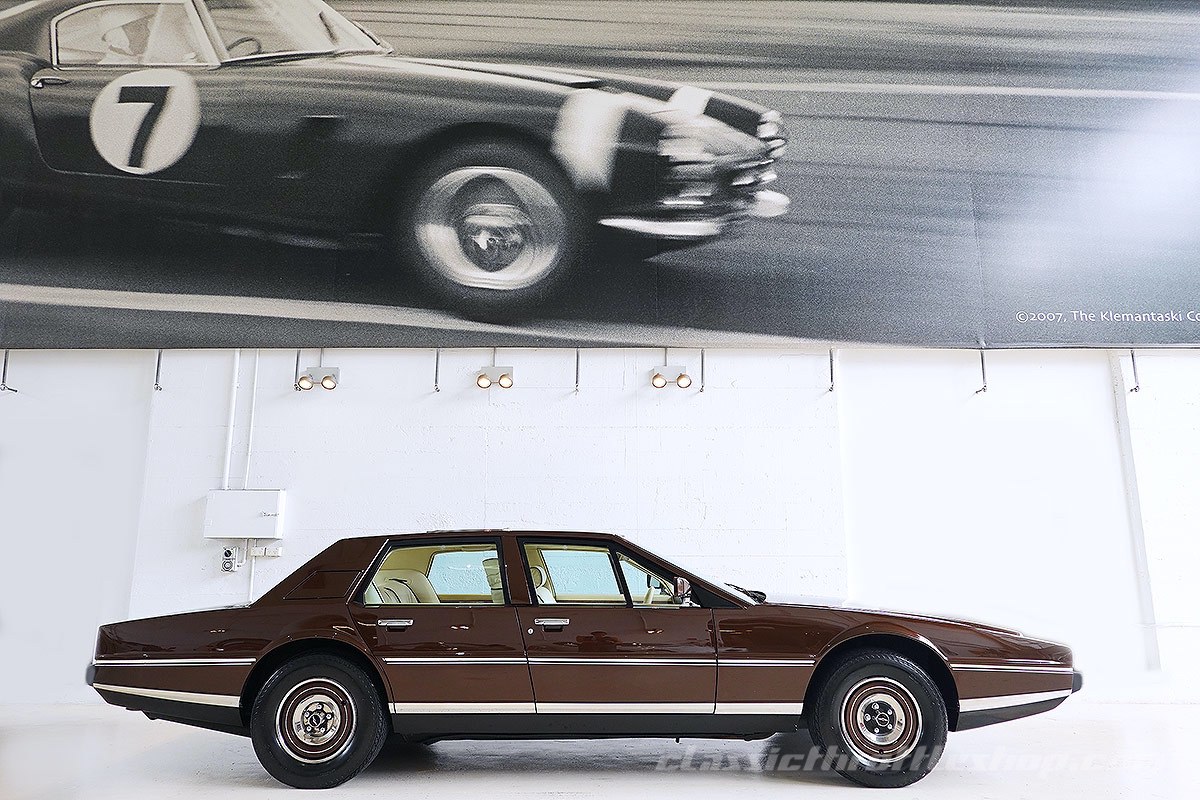 Alongside famous contemporaries like the Lamborghini Countach, Lotus Esprit and the DMC DeLorean, the Aston Martin Lagonda is frequently named among the most striking wedge-shaped designs of all time.

Designed by William Towns as an extreme interpretation of the classic 1970’s “folded paper” style, the Aston Martin Lagonda Saloon was famous for being the first production car to use a digital instrument panel and for being one of the most expensive and exclusive luxury saloons in the world.

Under the bonnet is a four-cam carburetted Aston Martin 5,340cc V8 which when new produced 280 horsepower and 400 Nm of torque to its rear wheels and even though it weighed 2,023 kilograms, the Aston Martin Lagonda could reach 0 – 100 km/h in around 8.8 seconds.

A very limited supply of Lagonda’s were built over the 10-year production run – just 645 cars were produced worldwide, therefore we are super excited for this opportunity to bring to market this 1981 Aston Martin Lagonda Series II Saloon.

This Lagonda has been the subject of a thorough mechanical and electrical overhaul which was completed over the past 2 years making this Aston Martin an absolute pleasure to drive.

The interior leather is in lovely order throughout, the original rear passenger television still remains, the air-conditioning is icy cold and the famous interior digital dashboard is fully functional with interchangeable kilometre/miles per hour reading, revolutions per minute and remaining fuel percentage.

A rare car to own in Australia and today it has become is an absolute cult classic. Whilst the Lagonda may have not originally been in your top 10 classics to own, we are telling you now it certainly should be.
Click to access the login or register cheese
Send this to a friend