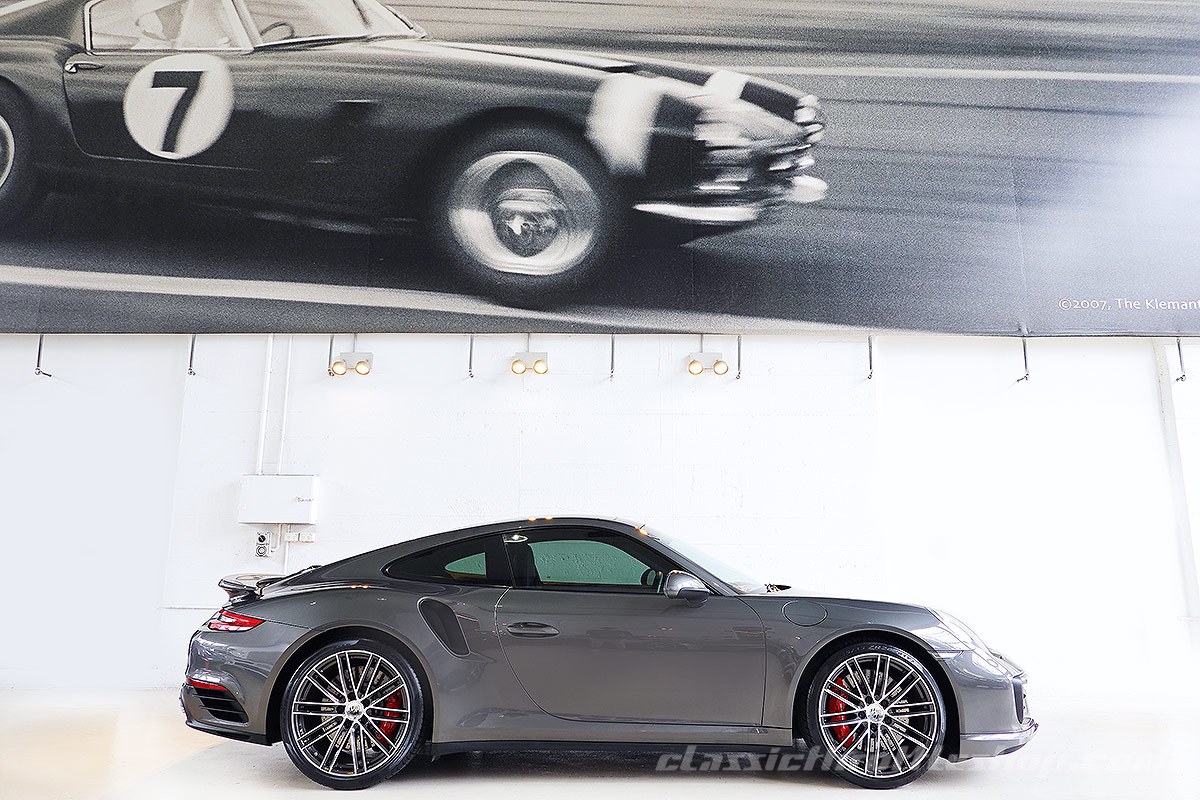 When Porsche unveiled the first 911 Turbo over 40 years ago, it instantly became the new benchmark of high performance.

In it’s July, 2017 review Motor Magazine said “It is monstrously fast and capable, with outrageous brakes and huge grip…. For its relatively mature styling, this is a Ferrari and Lamborghini slayer up a twisty road, down a drag strip and on a track. And yet for all its breathtaking potency and ability, it’s a superb all-rounder whether it’s the commute to work or the track day”.

There’s now a new ‘dynamic boost function’ which improves throttle response – keeping the throttle open but cutting fuel temporarily, so the turbos are still wide awake when you get back on it.

The PSM Sport is less restrictive, the adaptive dampers give a broader spectrum of comfort and performance and there’s the clever ‘Manettino’ style switch on the steering wheel to change between Sport, Sport +, Comfort and Individual modes.

Travelling just 27,995 kilometres the one owner Porsche Type 991.2 Turbo offered here was sold new by Porsche Centre Willoughby in May of 2016.

Ordered in Agate Grey Metallic over a full Black leather interior this car looks exceptional on road and is accompanied by a complete Factory service history. The last service in September last year.

Optioned in the ultimate specification this unrivalled car features:

In as new condition, this 991 Turbo still carries its new car aroma and is accompanied by the original log books with both Porsche keys included.

The 911 Turbo has remained a benchmark that all other supercars are measured against.

Not merely content with breath-taking performance and aggressive architecture, the 991 Turbo is also incredibly usable as a daily driver and as a weekend toy with zero compromise in between.

Uniquely positioned and excellently prepared, this Turbo is ready to drive off the showroom floor.
Click to access the login or register cheese
Send this to a friend