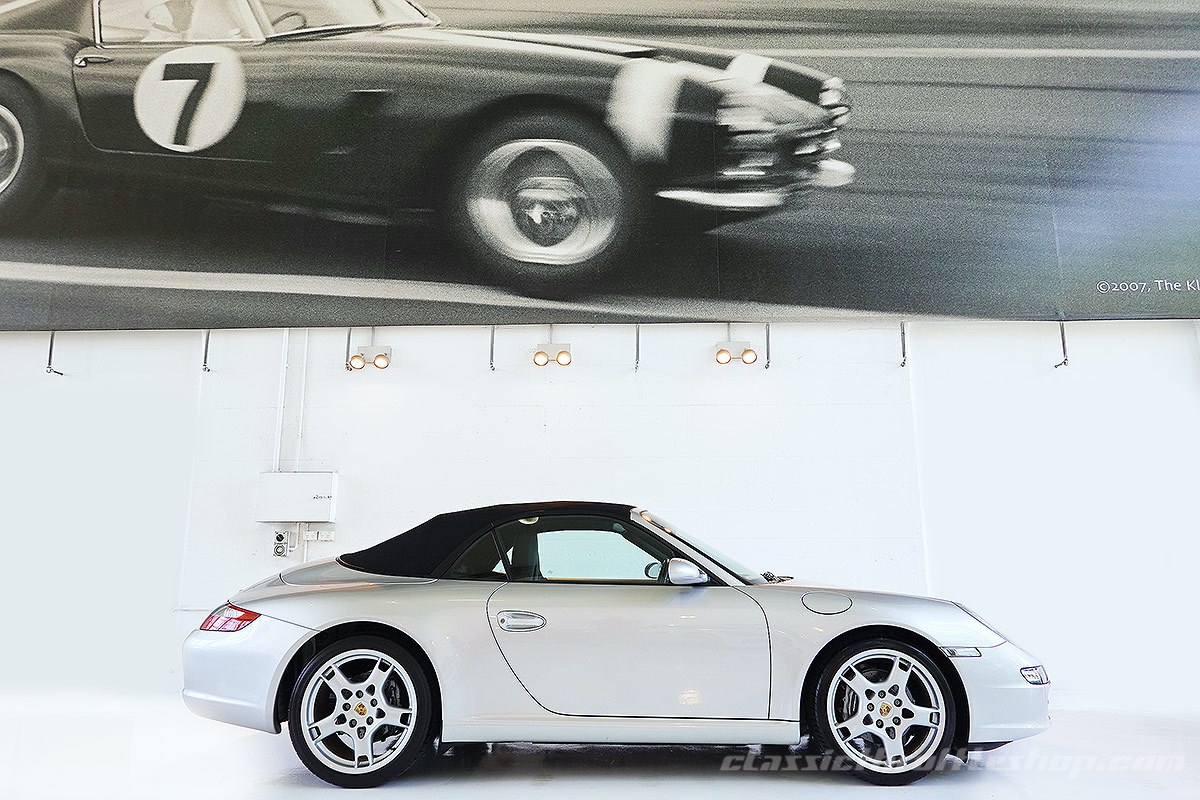 “The return to traditional styling makes the 997 generation feel like an homage to the iconic and prolific original 911s, yet the futuristic and modern technology and engineering make it a car firmly rooted in the present. The 997 is truly the best of both worlds, a modern car in a subtly classic body, an eye on the past but a nod to the future.”

Brought to market in 2004, the 997 was a significant relaunch for Porsche. The generation's most obvious updates were the interior and exterior styling, most notably the return to the "bug eye" round highlights of the original 911s and 993 generation. To this day, it retains its status as Porsche's best-selling 911. The slightly widened body and 18" wheels gave the 997s a more aggressive stance, whilst the 997 still utilised the rolling chassis and the water-cooled flat-six of the outgoing 996, the difference in handling balance and peak grip was substantial and engines got an upgrade vastly improving on-road character.

As for the cabriolet, in what was quite possibly an automotive design first, the development of the 997 generation was actually led by the cabriolet rather than the coupe. Despite being unprecedented, this was actually a far more logical way to work. Cabriolets present a unique set of problems so working on these first would mean the benefits would trickle down to the coupe. For example, because cabriolets don't have a fixed roof, they struggle with chassis stiffness. Fixing this issue would make the coupes more rigid as well, which in turn improved performance. But perhaps the best way to sum up the 997 cabriolet is to state that, for the first time, the cabriolet versions were virtually on par with their coupe counterparts when it came to performance figures. Therefore, the 997 cabriolets are by far the best generation for those who want to feel the wind in their hair without sacrificing performance.

A true needle in a haystack, this is a first generation 997 Cabriolet which comes with a complete Porsche service history and yes, you are reading this correctly: it has travelled a mere 18,500km since new!