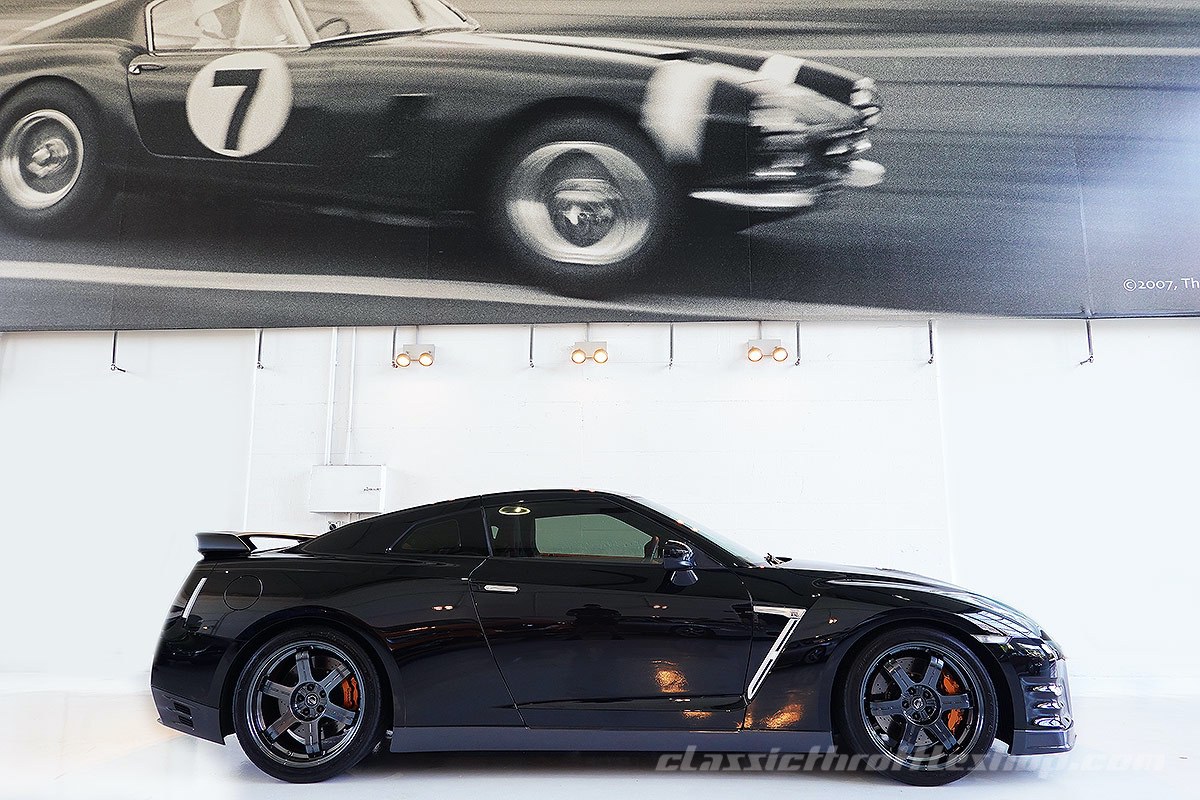 If you want to win races and compete in Targa events, there’s no better car for the money. The Nissan GT-R conquers corners and tackles racetracks with a ferocity that is unlike anything else in its price segment. It simply destroys and punishes anything thrown at it. It’s a robot in disguise that gives you the illusion of control, while it does the work for you.

The car offered is the penultimate incarnation of the R35 GT-R an Australian delivered Black Edition.

This 2014 Nissan (R35) GT-R Black Edition is a well-maintained example of the contemporary Japanese supercar, which has been in single family ownership from new. It is powered by a twin-turbocharged 3.8 litre V6, which produce 404kw, coupled with a six-speed dual-clutch automatic transmission.

Travelled just a little over 9,800 kms and ordered in classic Jet Black over Black leather trim with Red Alcantara insert.

The creators of GranTurismo built the multifunction dash display that shows everything from coolant temp oil pressure to cornering G-force and speed to Navigation and entertainment.

Accompanied by all original manuals and both factory keys within the leather/carbon wallet.

This Nissan (R35) GT-R is a lauded modern sports car, with a twin-turbocharged V6, upgraded suspension and a high-end sound system. Presented in very good order throughout, this GT-R would make a discerning addition to any collection of Japanese performance heroes and a thrilling weekend toy, though it could easily be put into more regular service as a head-turning daily driver or road-trip companion.
Click to access the login or register cheese
Back
Send this to a friend