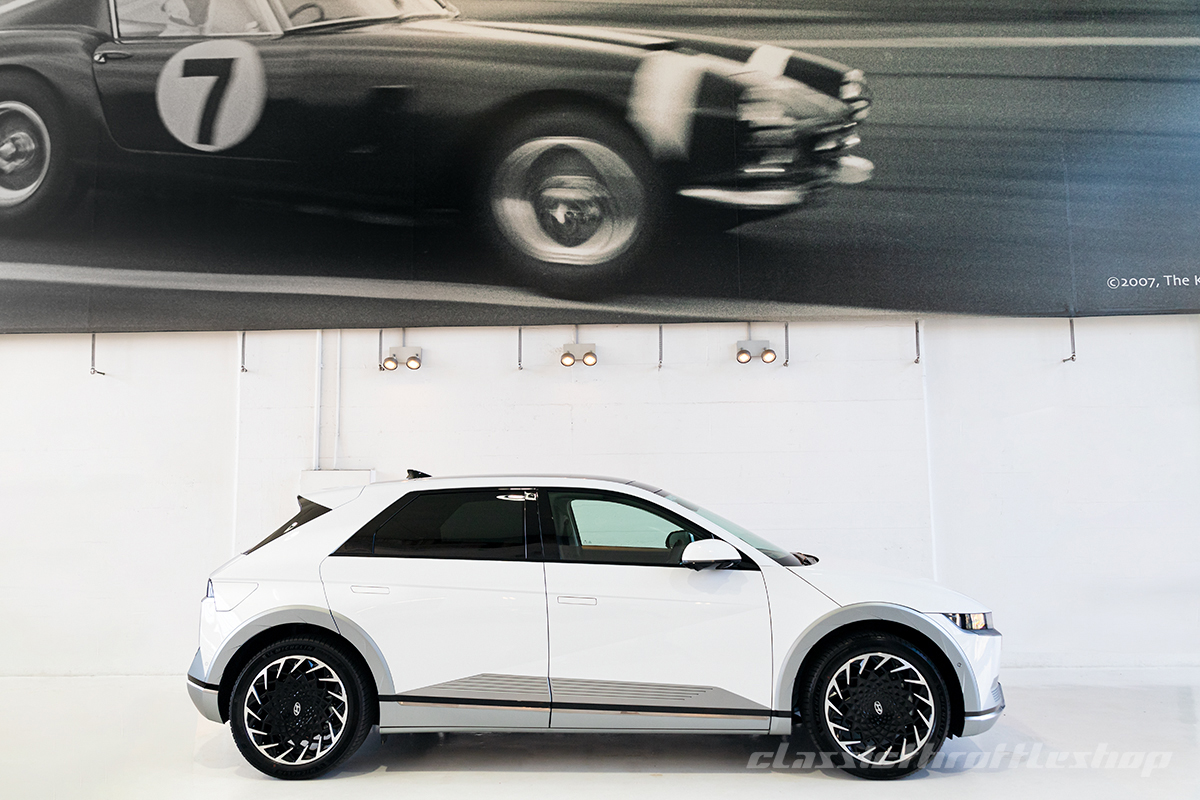 In 1975, the legendary automobile designer Giorgetto Giugiaro was commissioned to design a concept for Hyundai to be conceptually pure and timeless. The result was the Pony Coupe, and when it was launched at the Turin Motor Show in 1974, its geometric lines, wedge-style nose and circular headlamps set it on the path to become an icon.

The Pony was Korea’s first mass-produced and exported vehicle and today, it is remembered as a landmark car for country and one that propelled the brand onto the global stage.

Giugiaro said at the time, The Pony was completely different, original, so it was only natural that 45 years later when the brands first dedicated electric line was released that it would too would be original and completely different, delivering style, technology and convenience to its new audience.

The IONIQ5 is that vehicle. As the newest and highly sought after player in the electro-mobility, a completely different and original EV has been created. With looks that would get Marty McFly and Max Headroom excited, it is powered by a 72.6kWh battery and twin-electric motors with HTrac AWD system producing just over 300hp and 605Nm of torque from ZERO rpm. That means you have all the availability of performance the moment you touch the torque pedal. Zero to 100km/h is achieved in a whisper quiet 5 seconds thanks to the power of electric.

The performance doesn’t stop there. Charging times from 10%-80% are achieved in just 18 minutes thanks to 800v charging technology and matched with a real-world range of 450kms on a single charge, there is no compromise. To put that into context, a recent “Chasing Cars” test pitted the Ioniq5 against an equivalent ICE in a Sydney to Melbourne dash of 900kms, with both cars arriving with just 38 mins of each other.

In addition, the Ionioq5 comes with a Vehicle to Load (V2L) system with two outlets that allows you to use the battery in the car to power just about anything, anywhere. With a 10amp adapter, plug in a fridge, a computer, a TV, a microwave, even charge another car.

Inside, the iconic vibe continues with its fantastically light and airy space, full-length panoramic roof, soft leather sustainable material materials are complimentary to the aesthetic appeal. At the same time the space is configurable too, with centre sliding console, both rows of seats slide electrically and the front two pews have a “zero gravity” feature for flat orientation when not on the move – dentist chair style.

Finished in Atlas White over Black Pebble Interior, this already iconic IONIQ5 is the V2 model release in Techniq specification and has just delivery mileage. Backed by a 5-year unlimited km warranty and 8-year battery warranty, it is packed with more features and technology than an Apple Key Note Event, ready to explore the open road, favourite camping destination or the local social scene.

The future is electric. As car enthusiasts, the way we choose to move is an important one that must engage and excite. In the absence of sound and theatre, the Ioniq 5 delivers classic design, blistering performance and a tech package that is out of this world.

With orders out til middle 2023, be the envy of everyone in your street today as you lead the charge.
Click to access the login or register cheese
Back
Send this to a friend