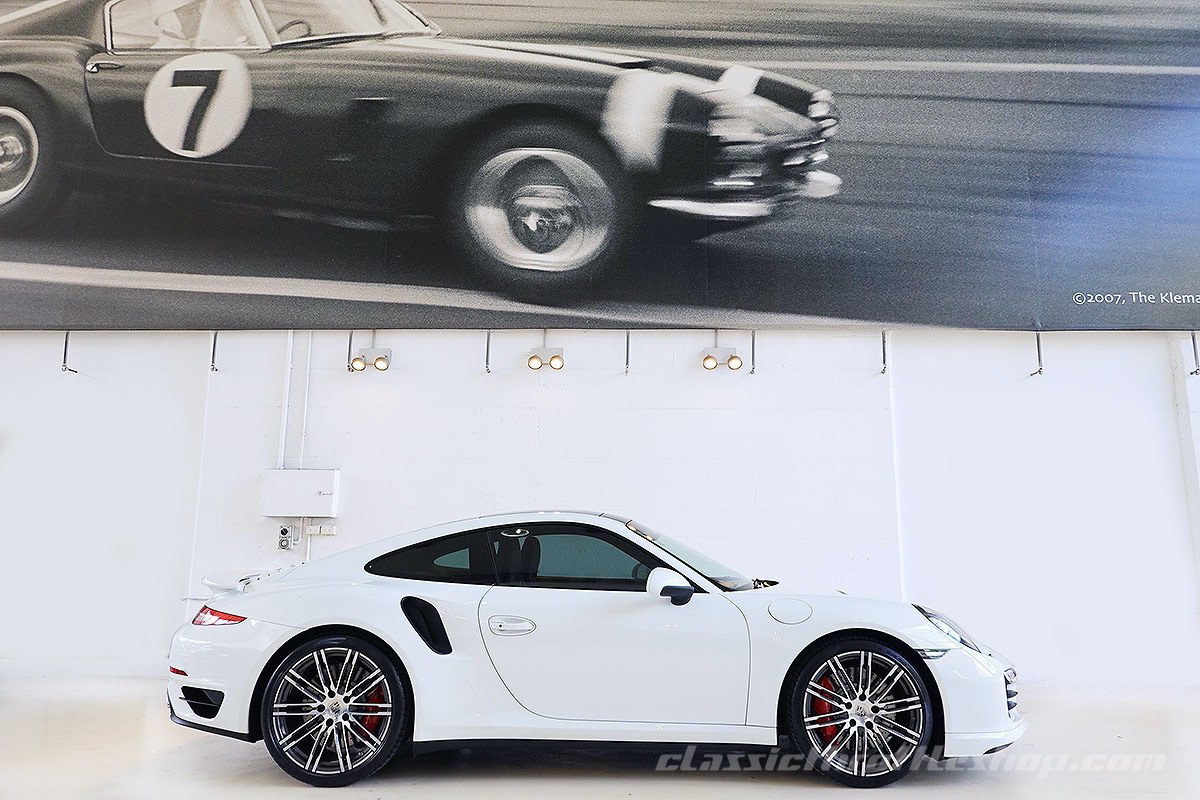 When Porsche unveiled the first 911 Turbo over 40 years ago, it instantly became the new benchmark of high performance. Four decades of engineering evolution later Porsche released the 911 Type 991 Turbo, powerful and uncompromisingly functional the Turbo is undoubtedly the ultimate and most usable supercar available today.

Powered by a fiery 520hp, 3.8litre flat six engine, with twin turbochargers the Turbo (with optional Sport Chrono pack) demolishes 0-100 km/h in 3 seconds whilst enveloping the driver in the finest interior equipment.

Ordered in Carrara White Metallic over a full Black leather interior this car looks exceptional on road and is accompanied by a complete Factory service history. The last service in February this year.

Optioned in the ultimate specification this unrivalled car features:

In as new condition, this 991 Turbo still carries its new car aroma and is accompanied by the original log books with both Porsche keys included.

The 911 Turbo has remained a benchmark that all other supercars are measured against.

Not merely content with breath-taking performance and aggressive architecture, the 991 Turbo is also incredibly usable as a daily driver and as a weekend toy with zero compromise in between.

Uniquely positioned and excellently prepared, this Turbo is ready to drive off the showroom floor.
Click to access the login or register cheese
Back
Send this to a friend