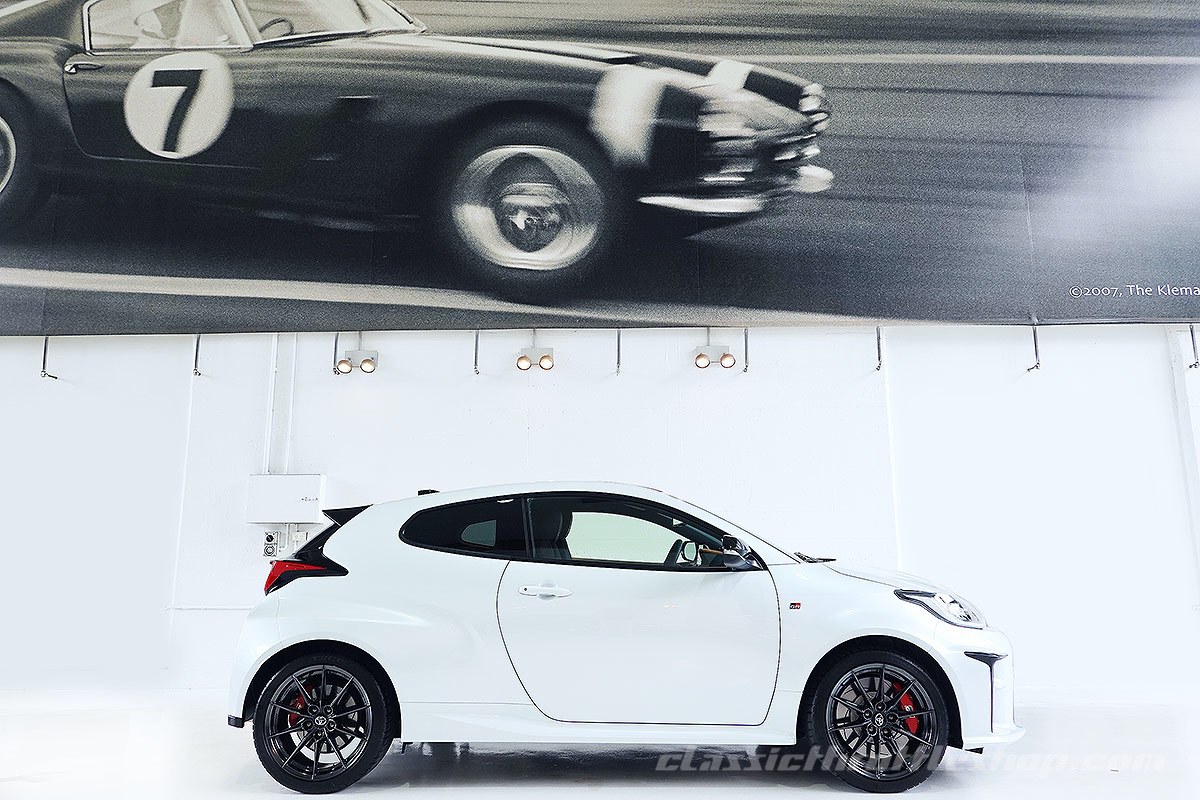 Not content with a WRC winning car, Toyota set to work creating the GR Yaris. Using technology and engineering developed in gruelling conditions, this feels like your very own rally car.

We are pleased to offer at Classic Throttle Shop a 2022 Toyota Yaris GR Four Rallye number 735.

Built on the 25th of January 2022 this car has travelled just under 4.400 kilometres and still under factory warranty accompanying this car are all correct Toyota manuals bound within the wallet and both original keys.

This Toyota GR Yaris Rallye was met with universal acclaim from the motoring press upon its release, being described by Top Gear magazine as ‘hot hatch meets WRC’. This rally homologation model combines the world’s most powerful production three cylinder engine with an advanced four-wheel drive system, a redesigned chassis and a unique bodyshell to create a superb performance car with ample pace and remarkable handling. Not a one to miss
Click to access the login or register cheese
Back
Send this to a friend