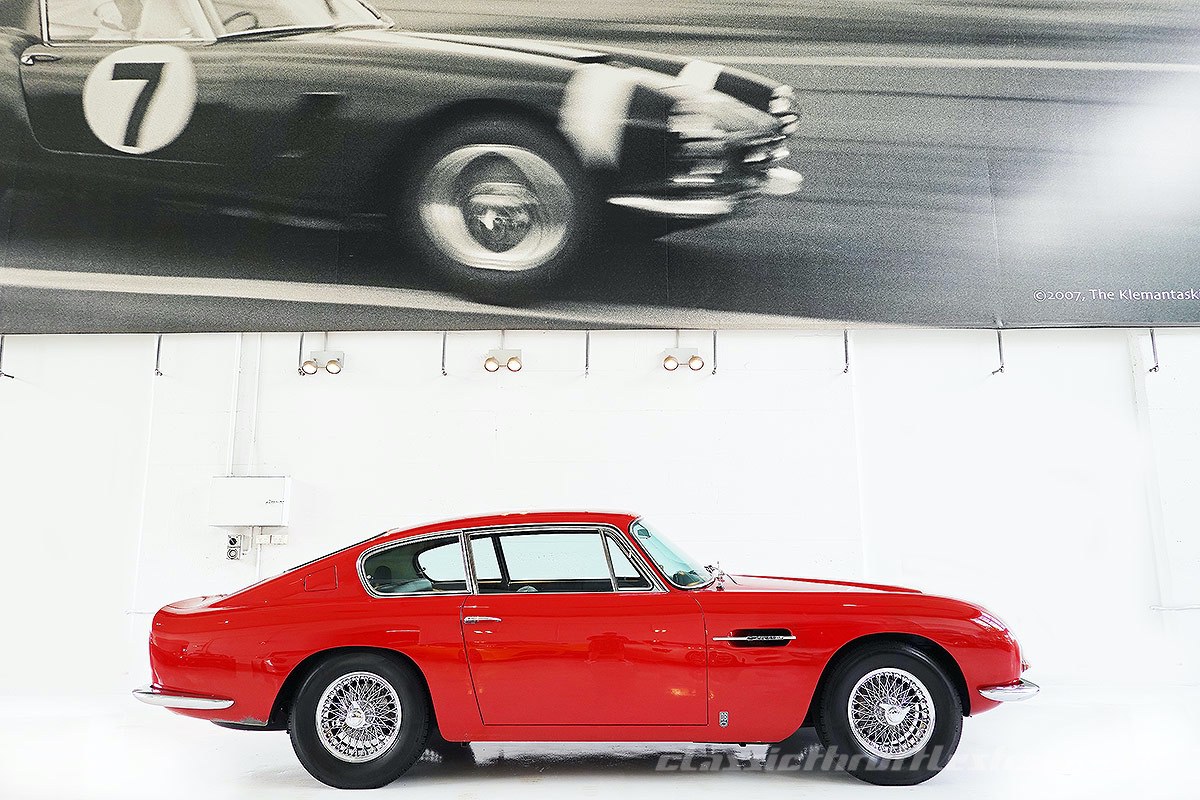 The penultimate gentleman’s sports coupé, conceived during the swingin’ 60s and the most recognizable design in the world, the Aston Martin DB6 was launched at the London Motor Show in October of 1965 and marked a special occasion, the end of the original DB-line.

The Aston Martin offered is an exceedingly original car, a 1967 DB6 MK1 Vantage presented in its correct Fiesta Red over Black Connolly leather trim and was delivered new through Aston Martin distributor Emptor Motors of Melbourne, Australia in February of 1967.

Being one of only 268 MK1’s ever produced in right-hand drive with the desirable Vantage specification incorporating a 4.0 litre Inline Six-cylinder power plant with triple Weber carburettors escalating performance from 287 to 325 horsepower and simultaneously achieving a 0 – 100km/h sprint in just 6.1 seconds, this DB6 is an incredibly rare find.

Believed to have a genuine 60,273 miles on the clock, this numbers matching Aston Martin is perhaps the most original example we’ve ever seen.

Kept within the same family, passed from generation to generation since new and spending its entire life in a dry Australian climate this car has been well preserved and cared for. Apart from detailed mechanical upkeep this car has received no restoration work.

From the patina across the paintwork, consistent factory shut lines, the original TripleX glass still fitted to the windows, even the correct ADR compliance front and rear nerf bars and finer details like the hand stitched and colour coded leather fuel cap cover this rare car has been excellently well maintained.

Under the bonnet, you’ll find the original Vantage motor and running gear with zero mechanical modifications, even the original ignition coils and air-box are still present and accounted for and a recent service and mechanical check-over has shown the car is in great running order.

Accompanying this DB6 Vantage is the incredibly hard to find owner’s instruction manual, hand-written service receipts dating to the 1970’s as well as the original tool-kit so often lost with time.

The final and ultimate incarnation of a truly golden period of Aston Martin engineering featuring Superleggera (super-light) frame-work, independent suspension at all four corners and hammered, rolled and whittled by hand body work, the DB6 carries all the hallmarks of a special sports classic.

Whether it be an addition to a collection or a bedroom wallpaper dream come true, this Aston Martin DB6 Vantage lends a unique opportunity to own, drive and invest in one of the greatest Grand Touring sports cars ever made.
Click to access the login or register cheese
Send this to a friend