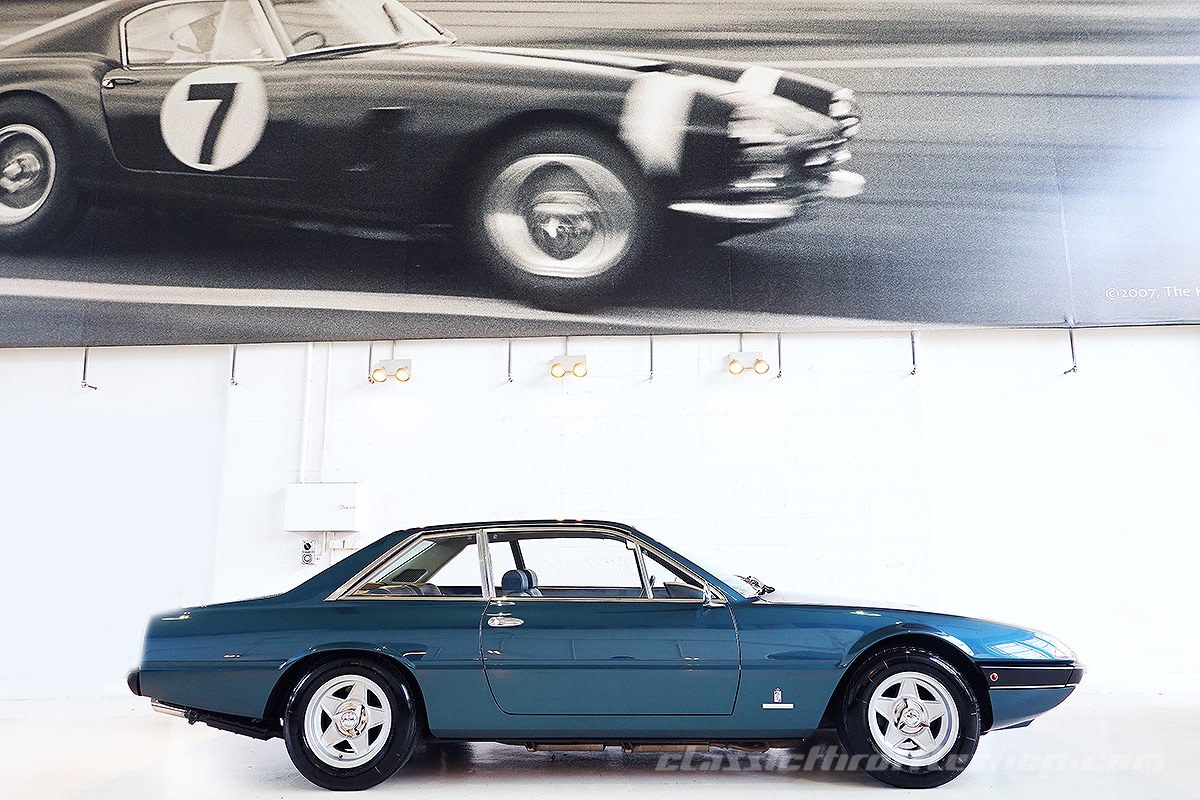 In period, the car was well regarded though, the oil crisis of the 1970′s made it somewhat difficult to sell leading to the small numbers remaining in circulation today keeping interest and prices ever buoyant.

The incredibly rare car offered here is Australian delivered, sold new on October of 1974 by CHAMPIONS Pty Ltd in Adelaide.

Coming out of a large fastidious collection, the big 12-cylinder classic has been revived with a restoration and the result delivered a world class 365 GT4/2+2 and one of, if not the finest 365 GT4/2+2 in the county. The exterior finish is something of a mix between Blu Sera & Blu Ribot but with a twist. This was too the collector’s choice. The interior is of original colour specifications and has been to an excellent high standard.

With power-steering, air conditioning and power brakes, the drive is also sensational with power delivered so linearly throughout the rev range. Gear changes are accurate, the pedal feel is well weighted and in just a short stint behind the original MOMO wheel, you get the sense that this car is just as Ferrari intended.
Click to access the login or register cheese
Back
Send this to a friend